Whether or not you’re new to the field of emulation, and there are so many emulators out there today that it is hard to know which ones to choose. 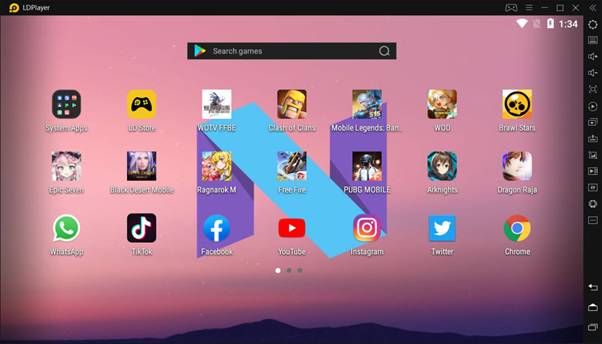 Please note that multi-machine or multi-system emulators that emulate dozens of consoles have been deliberately excluded from this guide.

On the one hand, they will be the subject of a comparative guide dedicated to them. On the other hand, even if they can simplify the management of emulation on a PC, they remain less potent than dedicated emulators.

We attack with the Nintendo NES or Famicom in Japan. There is a myriad of emulators for this console which are all relatively very good.

I will only talk about three emulators for this support, which are for me, the best both in terms of emulation quality and in terms of the range of options and features.

Let’s start with the Nestopia emulator.Very simple to use, easy to configure, it emulates most games correctly, and most importantly, it’s the best emulator I’ve tested for running Japanese games.

It’s rich in options and features: it supports gamepads, saves, action replay codes, and network gaming with the Kaillera module. It also supports graphical filters, and allows to record a video or a sound!

Note that a new team has taken over the development of the emulator after its initial creator abandoned it since version 1.40.The new version is now called Nestopia Undead Edition.

For the first Nintendo handhelds, it’s the same, a lot of emulators available but here, our favourite goes to a single emulator that emulates all three consoles: Visual Boy Advance.

This emulator emulates all the existing Roma casi, with excellent speed and quality. It has an impressive number of features, such as cheats codes, video recording, graphic filters to play your GBA ROMs in HD, import backup.A modified version called VBA Link adds the function that emulates the cable link to the emulator and will allow all Pokemon fans to exchange Pokemon on their PC, from one emulator to another.

The latest version of Visual Boy Advance is 1.7.2, and it’s the last one before its creator abandoned the project.The sources have now been taken over by a new team who released a new VisualBoy Advance M version, and it is this branch that will now be updated.

We tell you about it here, but the last original version of Visual Boy Advance is still for me the best.

Without hesitation, the Super-Nintendo emulator to own is Snes9x!Powerful and robust, it perfectly emulates the SNES ROMs and offers multiple features, such as network and online gaming, video recording, cheat codes or graphic filters, to name a few.The latest version is 1.55 which you can download directly from downloadroms.cc.

The other great rival of Snes9x, the Zsnes emulator is now completely abandoned. It still deserves to be discussed in this guide because it still offers exciting options even if its ergonomics are outdated.

Our choice for this console goes for the Project64 emulator.Powerful and robust, but quite resource-hungry, it has the best compatibility list for Roma emulation.

It works with a system of plugins that we select and configure to improve graphics performance, for example.The latest version is 2.3.2.We also talk about the 1964 emulator, which is also very good but does not benefit from very regular updates. On the other hand, it relies on powerful plugins and offers a more efficient ergonomics than its competitor.

We continue with the Nintendo portable which took over from the GameBoy Advance.
Contrary to the previous ones, few emulators compete for the DS, but it doesn’t matter! Because the DesmuME emulator is indetrônable and supports by itself the success of the emulation of the console.

Powerful, and emulating an impressive quantity of ROMs, it has all the necessary and indispensable functionalities, it manages the graphic filters allowing you to play DS ROMs in HD, it also addresses the Cheats Codes, the import of backups or videos.The latest version is 0.9.11.

For these two consoles, only one and only emulator, but what an emulator!

Dolphin is an extremely powerful emulator which, depending on the power of your PC, will even allow you to play your Gamecube or Wii games in 1080p!Open-Source, it is updated every day, and we will offer you on JeuxMangas only the latest stable version.The latest one is 5.0.

We now switch to Nintendo 3DS.An excellent emulator exists today, and it has an impressive compatibility list. Citra 3DS is open source and gets better every day.It offers an exciting number of options and manages graphical filters.The only downside is that it is only compatible with decrypted 3DS Roma, which means that it requires additional manipulation to convert them.

We end the game on Nintendo systems with the Nintendo Switch.The last arrival in the world of emulation, Nintendo’s off-road console is now emulated by a very promising emulator, named Yuzu.

It’s the same team that develops Citra 3DS that’s behind Yuzu and as much to say that development is progressing fast since many Switch games are fully playable!