Everyone who has been involved with IT for more than a few months has at least heard of MySQL. The acquisition of MySQL AB by Sun Microsystems brought a great deal of additional attention to MySQL’s database management system (DBMS). Even so, there is often more to MySQL than many people realize.

And it is often required to get the size of a database in MYSQL via command line if you are using UNIX based OS.

By just a single SQL Query, you can easily get the information about the required databases from information_schema and print their size in MBs with the following command: 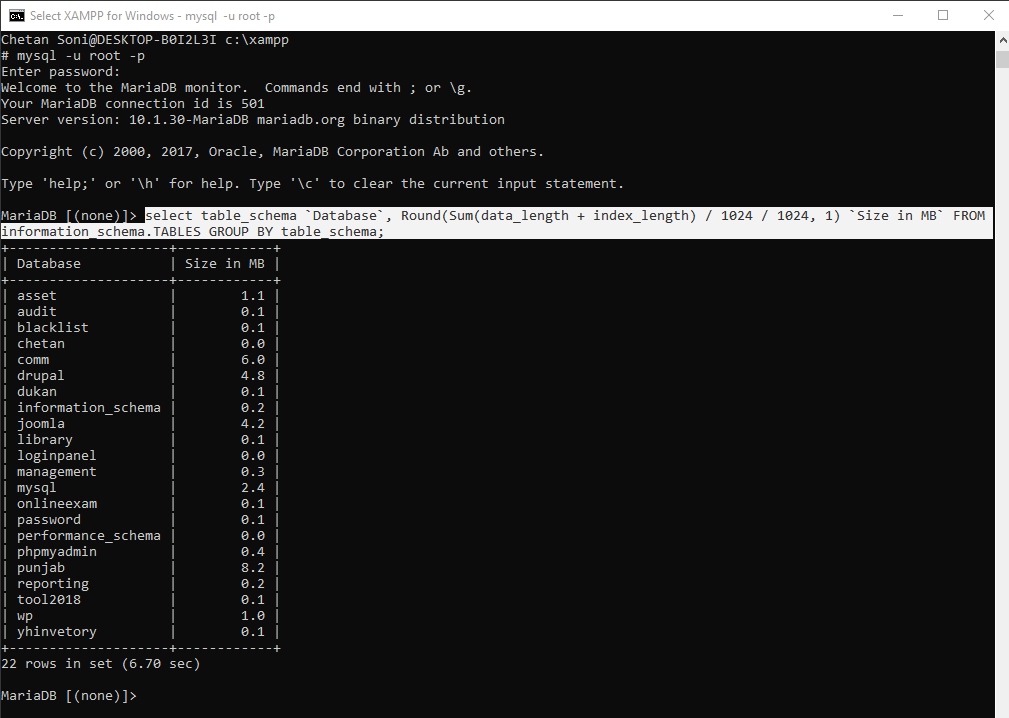 In case, if you want to display the DB size of a particular database, then use the following command:

Similarly you can also find out the size of a particular table by typing the following command:

Today, Wireless Network has become more and more present in open area or large companies and security enhancement is needed to control authentication and confidentiality. The 802.11 Working Group introduced the 802.11i amendment as the final stage of the Robust Security Network standard, superseded the old WEP technology. Today we’ll show you a detailed step by step […]