Security is a state in which we ensure a proper gap between the threats and assets of an organization. We try to either move assets far away from threats or we try to somehow apply good security controls in between the two. When we talk about Security, we have to focus on both Application and Operating System. However OS itself is quite stable and less probe to attacks, i.e. you will get with some hard time getting a serious attack vector.

Kali Linux is a Linux penetration testing and security auditing Linux distribution. After its release in March 2013, Kali Linux has quickly become the new favourite among Pen Testers worldwide as their choice for the Pen testing OS. Replacing its predecessor Backtrack, Kali incorporated several new features and looks quite promising.

Today we’ll discuss the Gloom-Framework which is a Linux Penetration Testing Framework and was written in Python. The windows version is not available yet and is only meant for Linux distributions.

After that you need to install this tool by typing “python install.py” 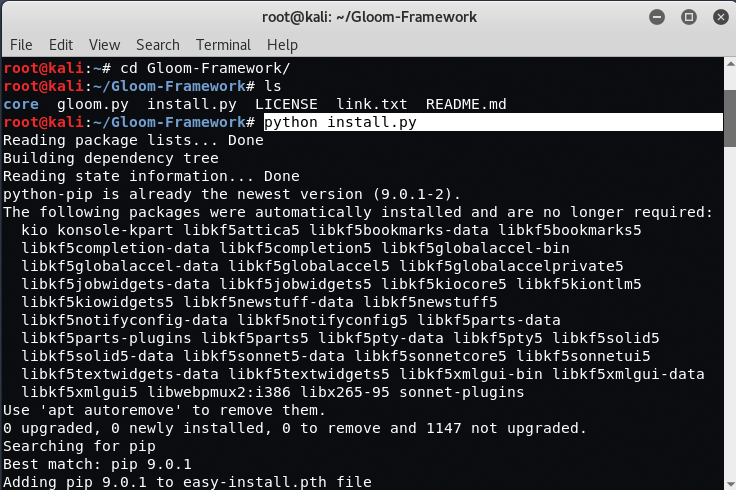 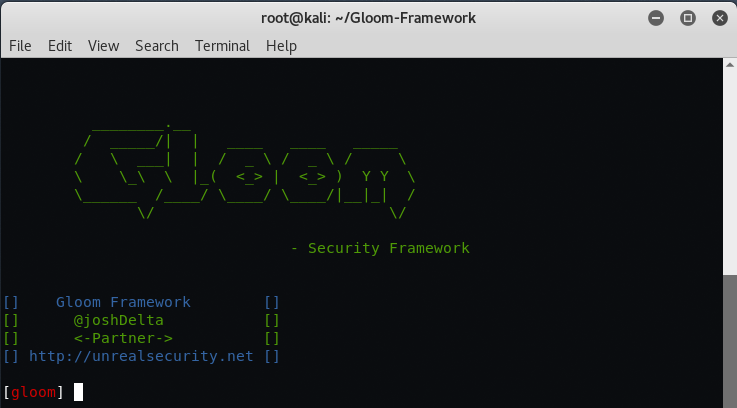 To view all options, type “help” in command line terminal which shows you all options and commands for this framework. 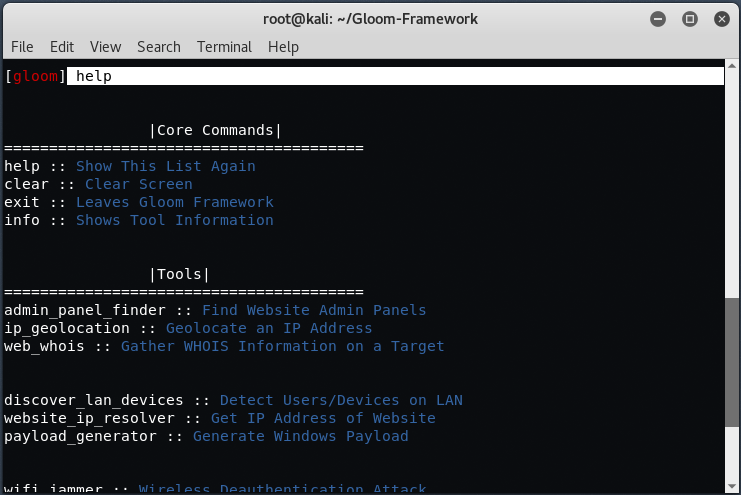 Suppose if you want to use Website IP Resolver then the command is “website_ip_resolver” which will gives you the public IP of that website in just 1-2 seconds.

From previous article, we came across to different actions performed by HTTP methods where we had described the role of PUT method which allow client to upload a file on server with different ways i.e with Netcat, with Nmap, with BurpSuite, with Curl, with Quickput, with Cadaver and with Metasploit Framework. Testing Environment Setup –  […]

Web Application Proxies like Burp Proxy, WebScarab or Tamper Data Addon allow a security tester to intercept the requests/responses between the client HTTP application and the web server. Proxies are the fundamental for the analysis of the web application. Portswigger Burp Suite is a suite of tools that will let us test and inspect the […]