To check the host the alive or not, we always use PING Command. The “ping” command is built into both Windows and UNIX machines as a universal way of testing network response time and performance.

The name is really based off the similarity to sonar pings, though many people have create a post hoc acronym “Packet Internet Groper“.

Example: The ping?of?death attack used IP fragmentation to crash systems. It was so named because the ping program built?in to Windows could be easily told to fragment packets this way.

Key point: Even though the ping program is simple, it can be abused. Some versions can be commanded to send packets as fast as possible, which is often done to flood networks. Most versions allow the packet size to be set to a large size, forcing fragmentation. When used with the flood above, it can overload machines since fragmentation reassembly is so slow.

Example 1 – To simply ping any machine or IP, the command is: 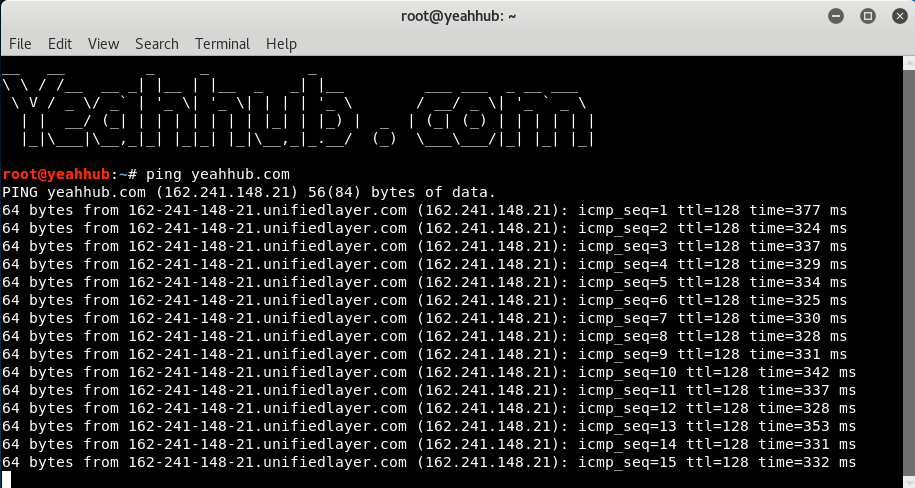 Here you can see that, we pinged our domain yeahhub.com with 64 bytes of data.

This process is infinite, so you need to manually press CTRL + C for terminating the result.

Example 2 – To check the version of PING utility, the command is:

Example 3 – You can also change the time it pings the target domain with -c attribute:

Here, the above command will now ping for 3 times.

Example 4 – If you want to change the packet size then it can also be done with the help of -s attribute as shown in below screen:

Example 5 – Even if you want to run ping for a certain period then you can use -w attribute as shown below:

By default, “ping” command pings the target domain every 1 second.

Example 6 – And if you want to put some kind of time interval then you can add do this with the help of -i attribute:

Example 7 – If you simply want to add some noise after successful ping, then the command is: 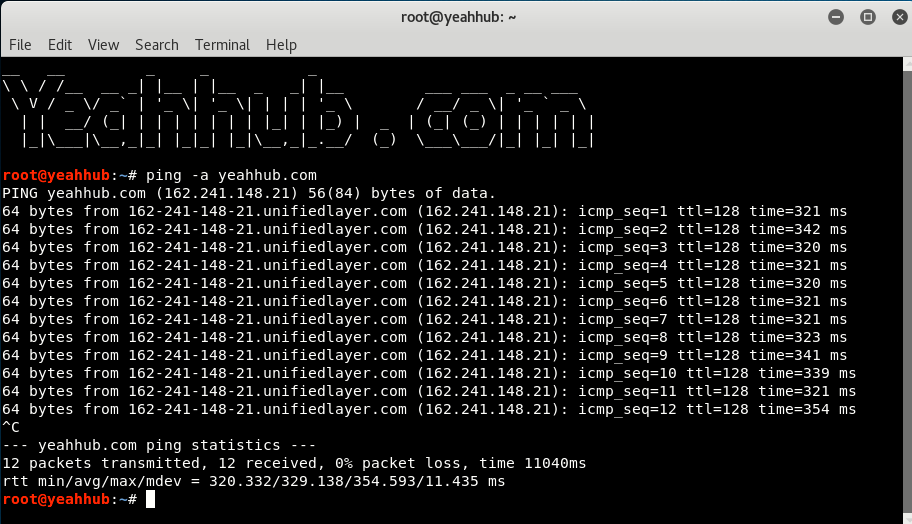 Example 8 – In most of the cases, we usually don’t care about the continuous results of the ping. The final result is the most important part of all. If you want to run “ping” command in a silent mode, then run the following command –

In previous article, we identified the name of the operating system using Ping command. But today we’ll show you that how you can identify the OS using one and only one post exploitation framework i.e. Metasploit Framework. Metasploit is primarily a framework for developing and testing exploits. It comes with a suite of supporting tools […]

How to identify the Operating System using PING Command

Well as you all knows, To identify the name of OS(Operating System) using Nmap is very easy, but you can also identify the OS name with the help of Ping Command. For Linux Distributions, we can use Nmap as shown below: Syntax: nmap -O yeahhub.com For Windows Distributions, you can use Zenmap which is the […]