It’s a long-lasting question for some people: what programming language should I learn? There have been multiple programming languages available for years, from industry standards like Java to C and C++. However, earlier programming iterations presented quite a hurdle for newcomers to clear before they could fluently use these languages.

Enter Python, a new programming language with new features and increased accessibility. Almost immediately, Python gathered a large cohort of developers supporting it due to Python’s easier, more intuitive method of delivering code. It is the most popular intro coding language in United States universities.

Python’s reach has proven to be extensive and popular for developers looking to learn to code. It has more than 400 million users. From artificial intelligence (AI) to computer graphics to the distinctive method of harvesting data known as web scraping, Python is a powerful tool that many developers have found optimal for coding quickly and intuitively.

With so many benefits and increased ease of access, millions of developers are keen to learn coding in Python. Here’s a look at the top five reasons why Python is the best programming language to learn.

Given that Uber, Netflix, and Instagram are all run with Python coding, expert Python developers’ demand is not scarce. However, Python’s user base is growing consistently, so more proficient Python developers will climb the ranks to fill premium positions.

While the competition for development positions will continually grow, the developers’ community’s demand is growing just as fast. Aided by a massive influx of interest in the macOS branch of applications, it’s no wonder that Google estimates Python-proficient engineers as the top five preferred languages across all industries?especially academics.

2. It’s Fast and Convertible to Other Languages

Since Python is called an “object-oriented” language, developers don’t need to compile the code before execution. With other codes like C++, there are multiple compilation levels that need to be processed before the program runs.

Compilation processes take a long time and a lot of processing power. Python is flexible and can convert to other intermediate languages?thus the flexible name “Python”?as it’s translated into other languages like machine learning, meaning less work for the developer.

The cross-platform compatibility of Python doesn’t end there. Google, for instance, uses a combination of C++ with Python. Developers with a masterful command of this language will find themselves way ahead of the competition for jobs in the most exclusive markets.

Just as Google uses a mix of languages, so do Netflix and Spotify. Spotify uses Python for its interactive application programming interface (API) console, data analytics, and other non-consumer-facing interfaces.

Netflix uses Python along with Java and Scala, Python mostly in real-time analytics. Judging by the demand these gigantic companies have for Python engineers, beginners should be confident that their skills will convert to dollars sooner rather than later.

Python is the most widely distributed coding language available now. With the massive audience that Python currently reaches, there is a vast database of developers presently engaged in mastering and training a constantly evolving workforce.

Python is a flexible and evolving coding language. So flexible in fact that it can can go from developing proxies for cryptocurrency trading to managing social media accounts

Companies across the world are always looking for Python engineers. If you have experience in industries like AI, machine learning (ML), or data science, you can expect a significant increase in wages for specialized skill sets in in-demand industries.

4. Runs on Any Platform

If you develop a program in Python, you’re immediately able to work on it using any operating system, ranging from Windows to macOS to Unix and Linux. Compared to other, more cost- and skill-prohibitive languages, Python allows beginners and pros to share their programs with a broader audience.

Python carries other versatile features too. Modification to your codes is easier to maneuver around. If you want to change your code after execution, you can modify it without recompiling the program. This means programmers have more wiggle room to modify programs on Python than they ever did on older languages.

Python is a general-purpose language. Unlike its competitor JavaScript, which is domain-specific, Python developers can work all over the coding universe. Armed with so many multi-use possibilities, Python users have access to various applications: Netflix, Instagram, and Uber, all compiled with Python. Add to that desktop applications like BitTorrent and tons of cybersecurity uses, and you have a clear favorite language.

5. Simple and Easy to Learn

First of all, the Python coding language is totally free and open source for everyone, including commercial developers. It’s easy to download,  too.

All you need to do to start using Python today is pick a text editor for your code. Then, turn on your terminal and execute programs?it’s that easy. Without placing any unnecessary stopgaps between you and your code, Python is the truly open source programming language you’ve been searching for.

Although many professional coders choose Python over C and C++, Python is especially welcoming for beginners. It has a simpler syntax that makes it more intuitive to command when compared to other languages.

Why Python Is the Best First Coding Language

Python is the best programming language to learn if you are learning coding for the first time. However, that isn’t to say that there isn’t space for expert learning with Python. There are lots of resources available for newer converts to Python:

If you’re weighing in your mind the question of “what programming language should I learn,” Python should emerge first as the most straightforward answer. The future is bright for Python developers, and the proof comes from the support that is already out there for people programming different packages and frameworks with Python.

We welcome all the new travelers on their way to learn to code. Python coding is undoubtedly the best start that beginners can find toward further success as a developer. With its multiplatform reach and increasing popularity, Python has paved the way as the clear best programming language to learn. 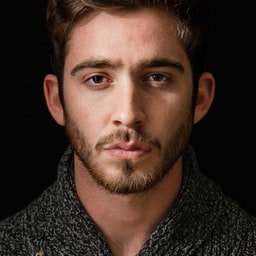 Christoph is a code-loving father of two beautiful children. He is a full-stack developer and a committed team member at Zenscrape.com – a subsidiary of saas.industries. When he isn’t building software, Christoph can be found spending time with his family or training for his next marathon.
Zenscrape’s Social Media Handles – github: https://github.com/saasindustries