The Role Of Cryptocurrencies In E-commerce

Digital currencies can easily be defined as a decentralized payment system that uses encrypted protocol. It is not dependent on any country, government, central bank, or financial institution. The direct exchange and free flow of any cryptocurrency are allowed at all times.

The main principle of cryptography that implements a complex protocol is used in the creation of a cryptocurrency and transactions where it is involved. It therefore can be applied for an exchange of many goods and services that accept the payment. The processing is executed by using procession services such as bitcoin payment processing and WELLCOINEX. Consequently, cryptocurrency is impossible to steal and copy.

Uses of such currencies share the data that makes the blockchain technology. The technology is the base for the encryption process, which is far more complex than the traditional process that is used by banking and other financial institutions. 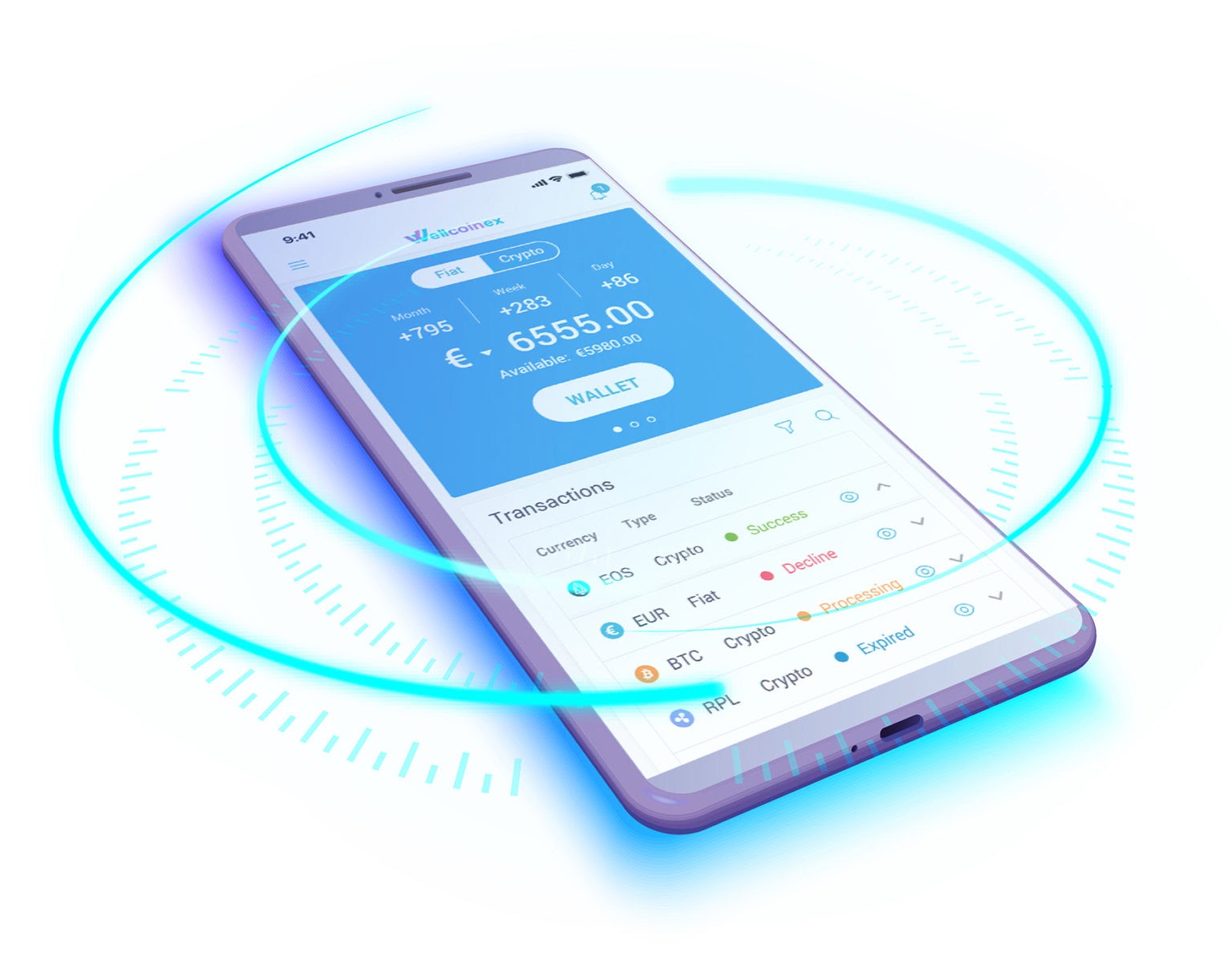 Variety of cryptocurrency products on the market

Many people associate Bitcoin with cryptocurrency, which is very true because it is regarded as synonymous with digital currency. However, there are thousands of different currencies that are available for investors and ordinary customers’ disposal. Different currencies use various models as their base but share one common thing such as complex encryption that makes each of them unique.

This is one of the alternatives that people may use to Bitcoin. Its model is roughly similar to its counterpart as it has a peer-to-peer exchange system. On the other hand, it is completely different from other cryptocurrencies such as Litecoin, Peercoin, or Namecoin.

Tokens are largely associated with a high level of security and use the other level of encryption, it brings value to the progress and makes the use of it better.

The most popular digital currencies instances

After 2018 more than 1600 different digital currencies have hit the market and maybe accepted as payment methods or can be used as an investment instrument.

Before making a decision and investing in various cryptocurrencies people and financial institutions have to think twice. This is all due to the fact that this market is extremely volatile and encrypted payments may not have the same value when the account was topped up. At the current time the following digital currencies are treated as the most noteworthy:

This is the first cryptocurrency in the world that was first seen in 2008. It also has no physical version and is regarded as the most valuable and popular in the world.

This currency proved to be very popular among larger companies that need to handle the enormous amount of cash. Its encryption mechanism uses the XRP system as well as ensures that any type of encrypted and most popular digital currency is sent whatever it is accepted.

This instrument was created by one of Google’s ex-employee. It was created in 2011 and has a very similar model to Bitcoin.

This is an ideal instrument that ensures that all intermediaries are eliminated. The instrument was created in China and proves to be very reliable.

Etherium The payment system that is associated with Ethereum uses a token which is defined as Ether. The actual system performs as a decentralized apple-store but in the way, it is not owned and controlled by Android or Apple.

The aftermath of the COVID pandemic on the blockchain system

It is proved that the market of cryptocurrencies was heavily devalued during the COVID crisis. The news heavily affected Bitcoin that once felt by 50% over the course of one single day.

It also has to be admitted that the global financial stability and faith in the financial system also was jeopardized hence people and investors saw the safe having in the global crypto market. In the progress, Facebook has made an announcement that it launches its own cryptocurrency known as Libra and, which was afterward renamed and now is known as Novi.

Various surveys were carried out including the one that was made by bitFLyer. Its surveys proved that many European citizens perceive cryptocurrencies as something good and believe that they will have a wonderful future in the coming years. In fact, an average of 66% of questioned individuals share this opinion.

It has to be admitted that geographical regions have a great influence on where people have this opinion. For instance, during the worst and the hardest phase of the pandemic 72% of Italian residents believed that cryptocurrencies are a good thing. On the other hand, the citizens of the United Kingdom also expressed trust in digital currencies but the number was down and amounted to 56% of those who took part in the survey.
The popularity of digital currencies in the US was affected by the racial uprising. On the other hand, in Africa people are scared of inflation potential as well as see a great deal of security by using crypto instruments.

The popularity of cryptocurrencies also was affected by the scarcity of the current financial and governmental institutions as well as centralizations by the banks. So, just like in 2008 people are searching for safe haven. Cryptocurrencies and the blockchain mechanism add confidence in peoples’ minds and add faith to the security of financial transactions. Decentralized transactions are also very fast and cost-effective.

Possible use of cryptocurrencies in the future and in commerce

There are lots of advantages and disadvantages to the current use of digital currencies. The current level of development requires a compromise to determine the direction of it in the future.

The transaction of sending money abroad and among states is extremely efficient and cost-effective, the current banking system is very slow, so digital currency transactions have a clear advantage against the traditional ones.

The most popular use of digital currencies is e-commerce. Very often sellers impose fees that make a substantial impact on the price of a good or service. Cryptocurrencies have very low fees and the services of participating third parties would cost much less than in the traditional environment.
An increased level of security is where the risk of thieves operating and making fraudulent transactions is eliminated completely. Counterfeit and making reuse of digital currency makes every transaction very safe.

Much broader use of cryptocurrencies as it moves freely and there is no need to adapt to a specific country’s environment.
Buyers and users have greater experience by using cryptocurrencies. During the transactions by the use of the blockchain, information is also exchanged. For instance, materials which the goods were made of may also be advertised and information about its origins can be supplied to the customer.

A high level of volatility is a clear disadvantage of any digital currency. Its price is purely dependent on the demand and the demand can be changed quickly over a short period of time, so is the price.

An enormous amount of supply. There are lots of alternatives to Bitcoin and also other currencies and choosing the right method of payments, in the long run, might be complex.

It is hard to adopt cryptocurrencies due to bad publicity in the media as it has been associated with hacking, selling drugs, and weapons.

What payments are ideal for using it in e-commerce?

Crypto is regarded as a digital transaction system with a high level of security hence many people believe that it will definitely have a wonderful future in e-commerce.

At the moment digital currencies are not widely used by smaller brands, whereas large brands already adopted cryptocurrency for selling their goods online but it is the minority and not the tendency on the market.

Cryptocurrencies used in e-commerce increased dramatically during COVID times online sales. Quite possibly this tendency will be continued and it will evolve further.

How can an ordinary online shop accept crypto payments?

Many crypto payments have become popular just in exactly the same way as payments via PayPal or Striple. When a retailer needs to accept payment method by using a certain cryptocurrency, there are a couple of alternatives:

The seller might have a digital wallet that belongs only to him. It can be downloaded online and used afterward for an unlimited time. It is downloadable on virtually any home or portable smart device.

Services provided by the third parties. This is exactly the same as banks carry out their financial transactions but in this case, other parties such as Coinbase, Copay, or BitPay will do the job for the retailer.

Conclusion and reality that is associated with cryptocurrencies instruments

Over the course of many years, the digital currency was on the periphery of mainstream media attention and did not have any faith in it among ordinary individuals but it has all changed. The whole commercial sense has also changed significantly.

The coronavirus also added some caveats and people started to use cryptocurrencies more and more as well as investing in it heavily.
At the moment lots of companies that work in e-commerce are watching heavily what is happening in the global retail e-commerce market and what tendencies will the cryptocurrency have. It is generally associated with buyers’ perception and the main influence in the price of cryptocurrencies will be made by these individuals who will either buy or sell them. At the same time more and more industries and especially in China are creating their own digital currencies, so the market is getting overcrowded.

In these circumstances, people must watch closely and monitor the risks wisely. It is crucial to understand the advantages and the nature of competition before making the decision of whether to shift towards using cryptocurrencies or to take time to adapt to the current environment.