For the last few weeks Marcus Hutchins has been in Las Vegas attending a security conference, and on holiday. On Wednesday he was arrested on the flight home due to an indictment made in the US state of Wisconsin back in early July. He has now been granted bail for Monday, assuming bond is posted.

The allegations are around him allegedly selling malicious software for $2,000 in digital currency in June 2015. The case seems to stem from the take down of a website called AlphaBay, where a large amount of new cases are now entering the US justice system.

Marcus is a leading voice in the UK cyber security scene, and indeed worked with the UK Government’s National Cyber Security Center on stopping WannaCry and analyzing other malicious software:

In London for NCSC Industry 100 meet. Until now I've been skeptical that govt / priv sector threat sharing would work, but it actually does.

He is an incredibly valuable asset to the UK. He isn’t just a voice?—?his work has an been invaluable to the UK for some time. He lives and breathes cyber security, almost 24/7, protecting people.

For the past few years there has not been a day gone by where I haven’t used or heard his research in my day to day cyber security work. This is going to create a huge hole for everybody, in particular the UK.

On a personal level, Marcus is a good person who does not deserve how this has been handled by authorities.

What happened in last few days

When the indictment was first released, I had to Google “Kronos” to establish what it even was?—?I haven’t seen it in my 17 years in cyber security. 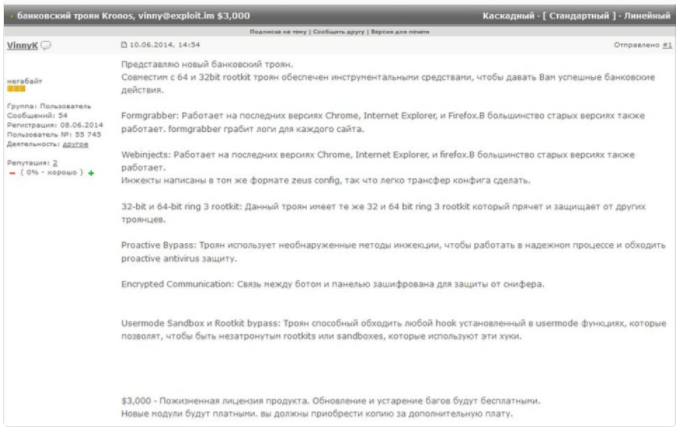 Per a Forbes reporter: “…it was largely a failure amongst serious cyber criminals“.

MalwareTech’s business and job is around finding, reversing and analyzing malicious software (malware) and finding the techniques used. This includes monitoring “dark web” websites, where covert identifies are used to gain access?—?as is common across the security industry.

His data around botnets is sold to organizations, including Law Enforcement, around the world.

Sometimes, his research is misused:

Just found the hooking engine I made for my blog in a malware sample. This is why we can't have nice things, fuckers.

We have been in a state of shock since we found out about the arrest. The allegations are essentially over $2,000 in digital currency, and could potentially incur up to 40 years in jail in the US. If MalwareTech is to be tried, he should be tried in his home, the UK. Every effort needs to be made to ensure this case is properly investigated.