The purpose of this article is to introduce the most popular packet sniffer i.e. WIRESHARK.  The basic tool for observing the messages exchanged between executing protocol entities is called a packet sniffer. As the name suggests, a packet sniffer captures (“sniffs“) messages being sent/received from/by your computer; it will also typically store and/or display the contents of the various protocol fields in these captured messages.

At the right of above image are the protocols (in this case, Internet protocols) and applications (such as a web browser or ftp client) that normally run on your computer. The packet sniffer, shown within the dashed rectangle in above image is an addition to the usual software in your computer, and consists of two parts.

The packet capture library receives a copy of every link-layer frame that is sent from or received by your computer. Messages exchanged by higher layer protocols such as HTTP, FTP, TCP, UDP, DNS, or IP all are eventually encapsulated in link-layer frames that are transmitted over physical media such as an Ethernet cable.

Here we assumed that, the physical media is an Ethernet, and so all upper layer protocols are eventually encapsulated within an Ethernet frame. Capturing all link-layer frames thus gives you all messages sent/received from/by all protocols and applications executing in your computer.

We will be using the Wireshark packet sniffer, allowing us to display the contents of messages being sent/received from/by protocols at different levels of the protocol stack. (Technically speaking, Wireshark is a packet
analyzer that uses a packet capture library in your computer).

Wireshark is a free network protocol analyzer that runs on Windows, Linux/Unix, and Mac computers. It’s an ideal packet analyzer for a pentester – it is stable, has a large user base and well-documented support that includes a user-guide, man pages, and a detailed FAQ, rich functionality that includes the capability to analyze hundreds of protocols, and a well-designed user interface. It operates in computers using Ethernet, Token-Ring, FDDI, serial (PPP and SLIP), 802.11 wireless LANs, and ATM connections (if the OS on which it’s running allows Wireshark to do so).

You can easily download the Wireshark from their official website i.e. Wireshark.org. If you are using Kali Linux, then the Wireshark is already pre-installed in it. 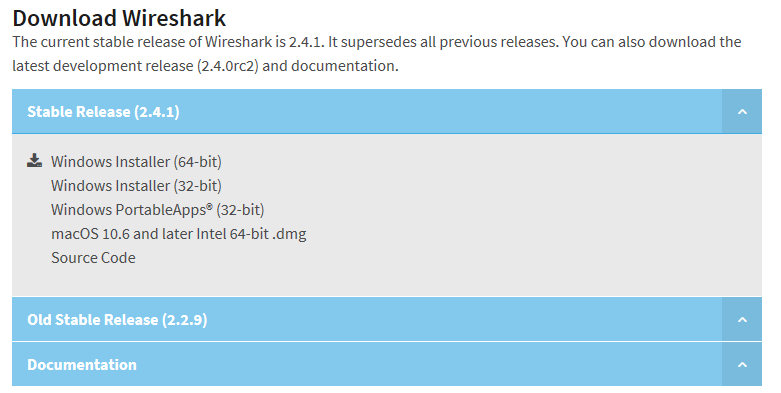 When you run the Wireshark program, the Wireshark graphical user interface will be displayed where you need to select the interface first, suppose here we selected Wi-Fi because we are connected to a Wi-Fi network at this stage.

Initially, no data will be displayed in various windows but as soon as some one opens any site or sent any request (GET or POST) Wireshark immediately captures that request along with all the details as per below screenshot. 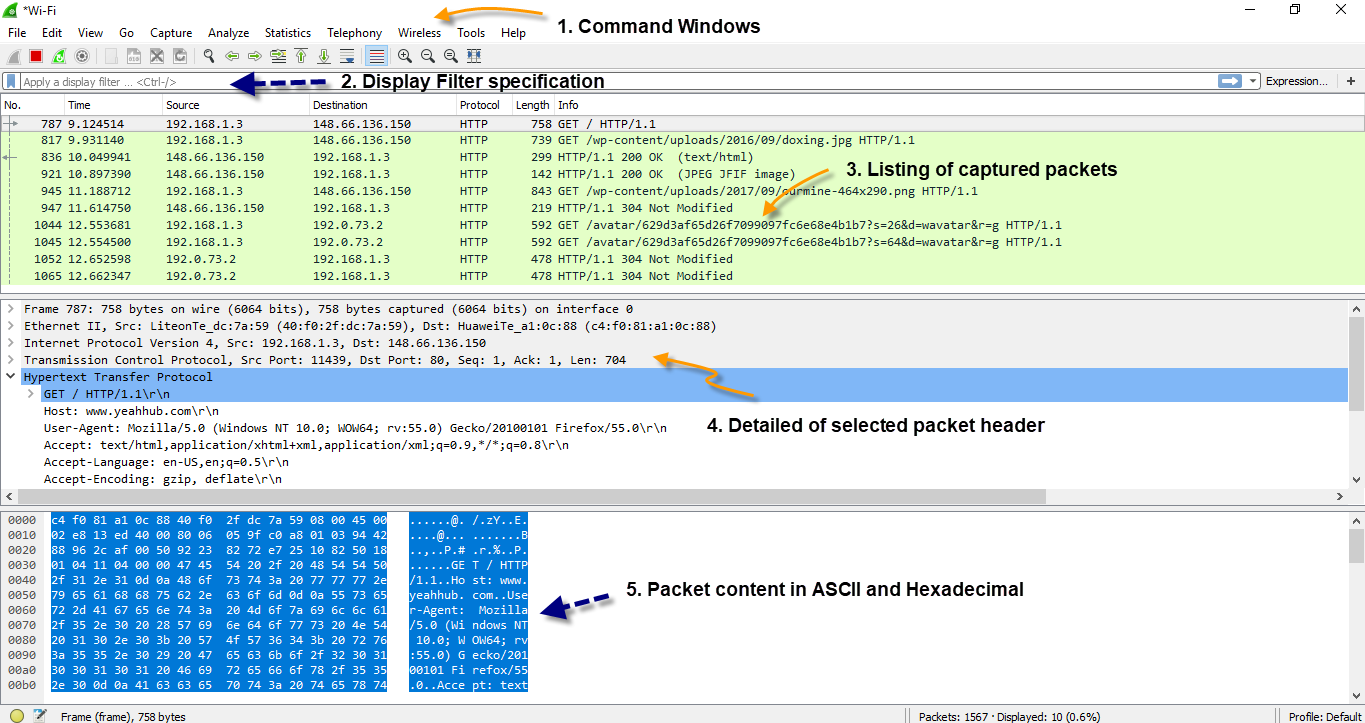 The following tools are available online:

Wireshark is a graphical network protocol analyzer that lets us take a deep dive into the individual packets moving around the network. Wireshark can be used to capture Ethernet, wireless, Bluetooth, and many other kinds of traffic. It can decode different protocols that it sees, so you could, for instance, reconstruct the audio of Voice […]

Nowhere is the term hacker more misconstrued than in the network security field. This is understandable because the very same tools that network security professionals use to probe the robustness of their own networks also can be used to launch attacks on any machine on the Internet. Security has always been a big concern with […]