Now this time, the hacker “OurMine” hacked almost all social accounts of HBO and posted a tweet –

“Hi, Our?Mi?ne are here, we are just testing your security ,HBO team please contact us to upgrade the security – ourmine .org -> Contact“. 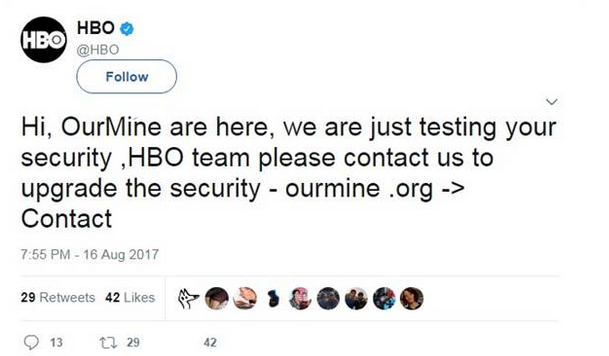 But that’s not the end of it. Two unaired episodes of “Game of Thrones” were also leaked online this month, including one set to broadcast on Sunday, though neither leak was related to the wider breach.

HBO is now investigating the whole issue again with the experts.