Tcpdump is a well known command line packet analyzer tool. Using tcpdump command we can capture the live TCP/IP packets and these packets can also be saved to a file (pcap). Later on these captured packets can be analyzed via tcpdump command.

This command becomes very handy when it comes to troubleshooting on network level.

This tool is available in most of the Linux distributions, for Debian based Linux, and in case if you want to install, then you can use the following command to install tcpdump

Like all computer commands, the tcpdump command works properly only if the syntax is correct:

In this article, we will discuss how to capture and analyze packets using 25 different practical examples.

When we run the tcpdump command without any options, it will capture packets on the all interfaces, so to view all possible network interfaces, you can use the following command.

And to capture the packets from a specific interface (e.g. eth0 as shown in above screenshot) use the following command with -i option.

In case, if you want to capture the packets from all interfaces then you can use 2nd option i.e. tcpdump -i any 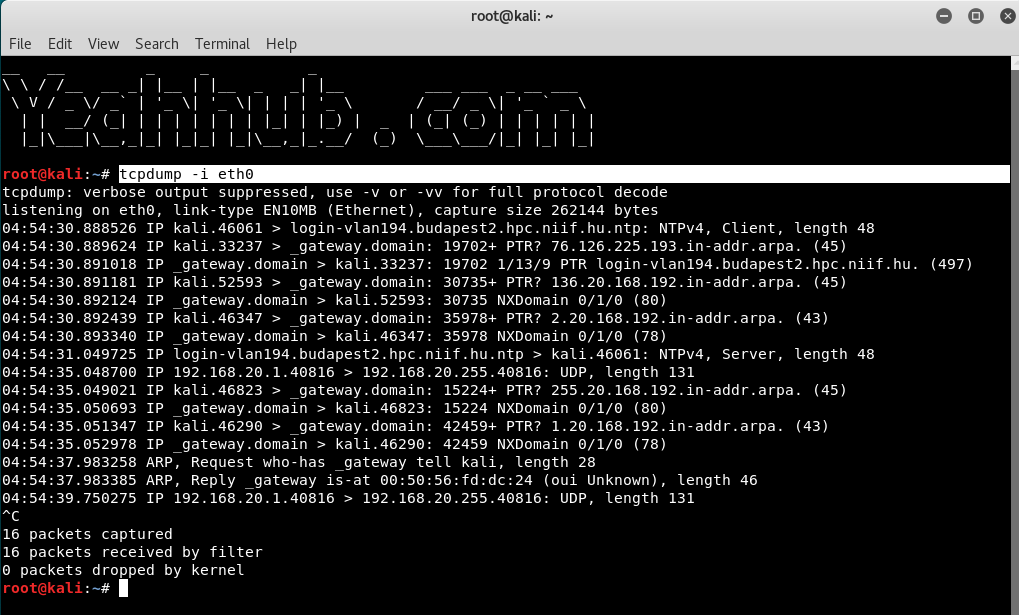 By default, tcpdump command will run infinite number of times until it is cancelled, but if you want to capture N no. of packets, the command is:

To save all the packets in a file, you need to use -w option and make sure that file extension must be .pcap so that any network protocol can read the file.

As we know that, by default tcpdump only captures the firs 96 bytes of a packet. But suppose you need to capture packets in its full size then you need to pass the size option -s with its argument.

You can either use -s 0 option to capture the whole packet or use number of bytes with -s argument. 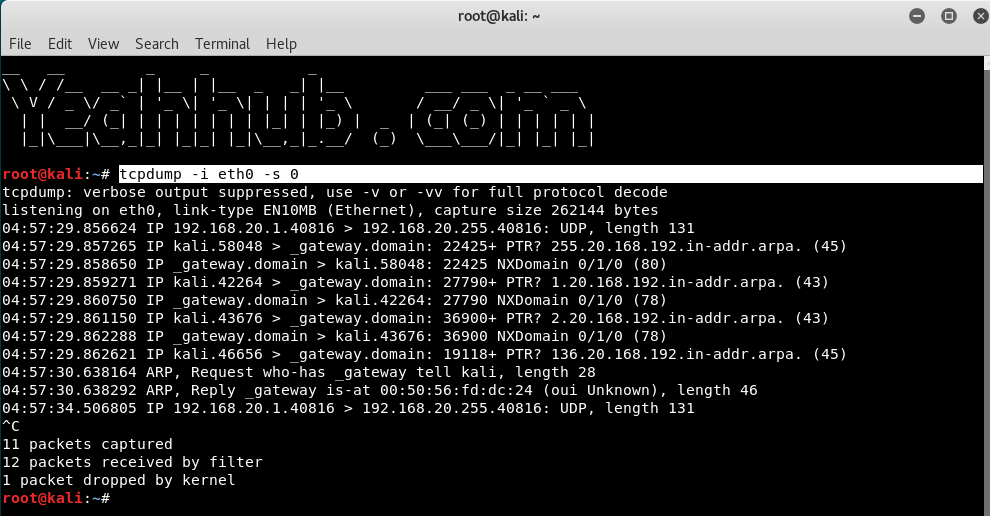 If you want to capture the packets with proper readable timestamp, then the command is:

And for read these packets from a file, use -r option as shown below:

Similarly, if you want to capture the packets less than N bytes, then the command is:

Furthermore, tcpdump supports so many protocols, you can also capture the packets belongs to particular protocol as shown below:

Get all the packets based on the IP address, whether source or destination or both, using the following command,

Let’s say you want to capture packets for specific port 21 (FTP), execute the below command by specifying port number 21 as shown below.

Capture packets for particular destination IP and Port, the command is:

If you want your tcpdump output to show you more verbose information like, show all the flags, and headers in tcp we can use verbose options.

Suppose you want the mac address of the sender and receiver then you can include -e option.

With option -t, you can exclude the timestamp information.

if you do not use tcpdump with -n option, all the sender and destination host address will be in “name” format, which means all ip’s will be displayed with hostnames.

Using -n option with tcpdump will disable name lookup. This will display all the output in sender and receiver’s IP address format.

The below tcpdump command with option -A displays the package in ASCII format. It is a character-encoding scheme format.

Command: tcpdump -i eth0 -A

The following command with option -XX capture the data of each packet, including its link level header in HEX and ASCII format. 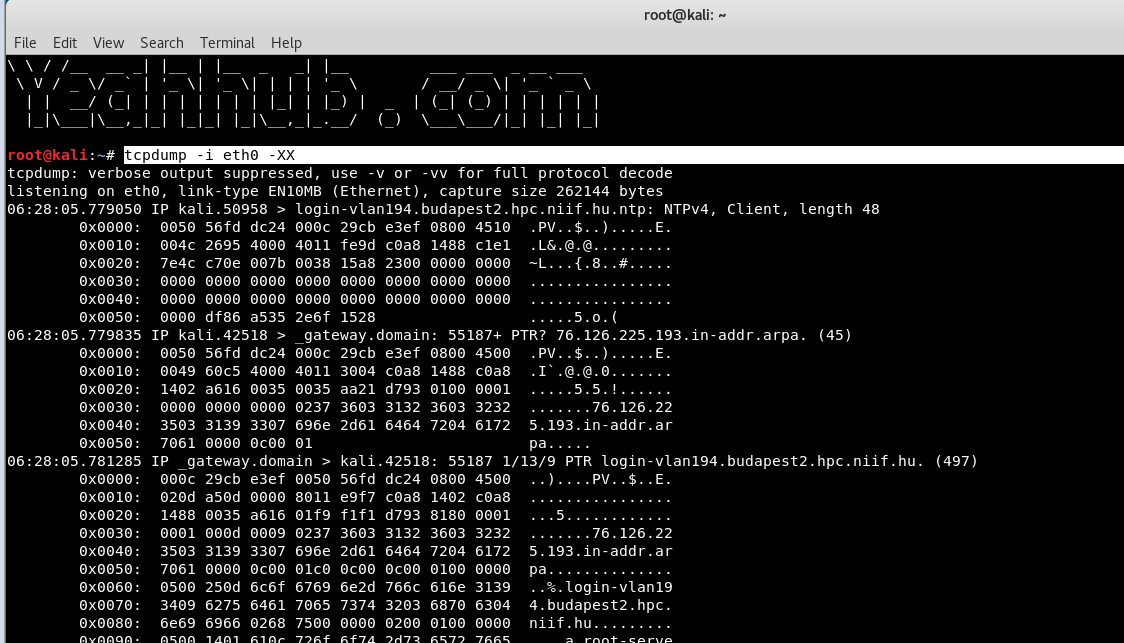 Hex output: useful when you want to see the content of the packets in question, and it’s often best used when you’re isolating a few candidates for closer scrutiny.