NHS is a National Health Service which was launched in 1948. NHS in England deals with over 1 million patients in every 36 hours and covers all types of treatments.

NHS plays a very important role in England having good workforce like US Department of Defence, McDonalds, Walmart etc.

And this time, approx 16 NHS organizations had reported a ransomware cyber attack to NHS Digital which is a national provider unit of NHS with a goal to improve health and social care in England by making better use of technology, data and information. 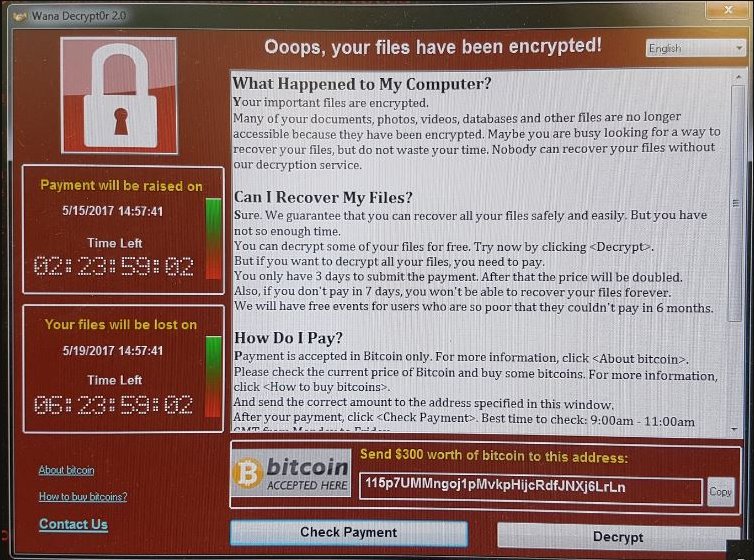 Last year, some hackers also hacked a Los Angeles based Hospital and demands a ransom to decrypt the malware.

NHS Digital also stated one statement that “This attack was not specifically targeted at the NHS and is affecting organizations from across a range of sectors.”

Many of the affected hospitals claimed that the hackers are demanding the ransom amount of $300 to £415,000 via BITCOIN which is a digital currency and is now on high peeks having 1 BTC is nearly equal to $1800 USD.

The National Crime Agency, which is Britain’s version of the FBI, was taking the lead in dealing with the investigation into the attack. Investigators believe the attack is significant with many computers affected across the country.

And the most interesting thing about NHS systems that they are still using Windows XP which is even not supported from Microsoft anymore. All NHS services across England hit by IT failure, believed to be caused by a large-scale cyber attack.

Here are the some people reactions towards NHS Cyber Attack –

Thoughts with all of the patients & their families affected by the #nhscyberattack . NHS staff are used to being resourceful & resilient!

NHS staff used to reaching for the paper and pen when IT systems fail. more worried abt confidential data security #nhscyberattack

Multiple NHS hospitals warn not to attend A&E unless it is an emergency following a nationwide cyber attack.

This is the only BTC address which is visible on all systems that demands ransom of amount $300.