By default every Kali Linux version uses Gnome Display Manager (GMD3) which always shows a login screen in starting and root is the only user account in Kali Linux which doesn’t present any option to create another user during installation. But sometimes it might get tedious to type root password every time you login.

Practicing ethical hacking using Kali Linux requires you to have a quality desktop or Kali Linux laptop. Make sure you have one that helps you work smoothly.

This tutorial will show you how to make a simple few line changes to allow your auto root login user at system start for both GNOME and KDE Environments.

For GNOME Environments, edit the following file and uncomment the both lines as shown in below screenshot. 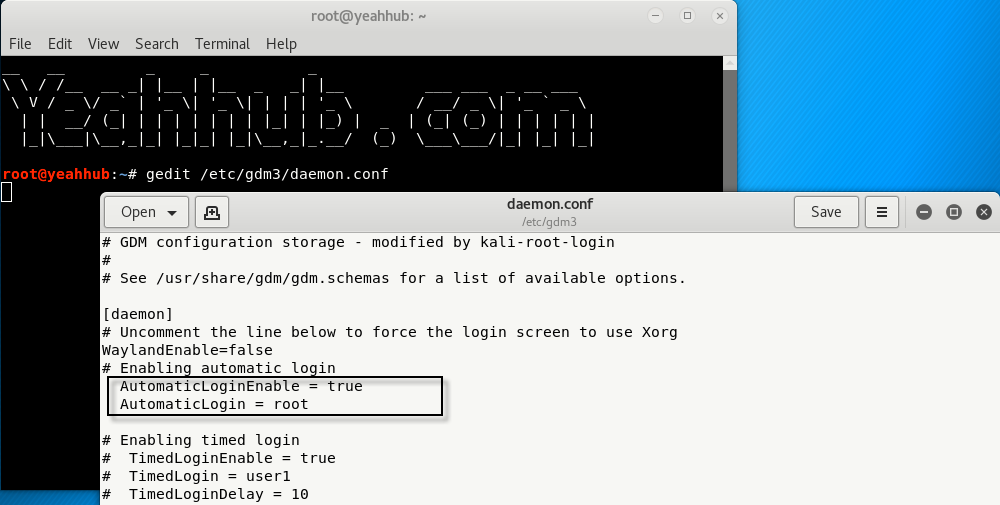 In case if you’ve some other user, then you can change the 3rd line and replace root with your username. (AutomaticLogin = yeahhub)

Make sure you Reboot the machine by typing either init 6 or reboot.

As always reboot to confirm if auto login root user is working or not.