A network is compromised of systems with addresses and on those systems you have services. That address is called an “IP Address” and the Service could be many things but is basically software that is running on the system and accessible over the network on a port number.

Here are some common ports that you will find when using port scanning:

There are so many port scanning tools are available but you can also use the following Linux commands to scan open ports against any target machine.

An open port is one that has allowed a full three way TCP connection to be established. The port scanner in this case has found a port that responded as available to the scan and the connection was established. Secondary data from an open port is known as a banner, this is a text response that includes the type and sometimes version of the server listening.

The ss command works like any command on the Linux platform. The ss command is used to dump socket statistics and displays information in similar fashion (although simpler and faster) to netstat as explained below.

The ss command can also display even more TCP and state information than most other tools like netstat or lsof.

To display listening TCP Connections using ss, the command is:

To display listening UDP Connections, the command is:

Where u stands for UDP port.

And in case, if you want to display both TCP and UDP connections, the command is:

Where p stands for process name

If you want to display all socket connections, then you can simply use ss command.

Netstat, derived from the words network and statistics is a program that’s controlled via commands issued in the command line.

It delivers basic statistics on all network activities and informs users on which ports and addresses the corresponding connections (TCP, UDP) are running and which ports are open for tasks.

To check all open ports with netstat, the command is:

In Windows operating systems, you can use the netstat services via the command line (cmd.exe).

lsof is a command line utility for all Unix and Linux like operating systems to check “list of open files”.

lsof command is mainly used to retrieve information about files that are opened by various processes. Open files in a system can be of different type like disk files, network sockets, named pipes and devices. 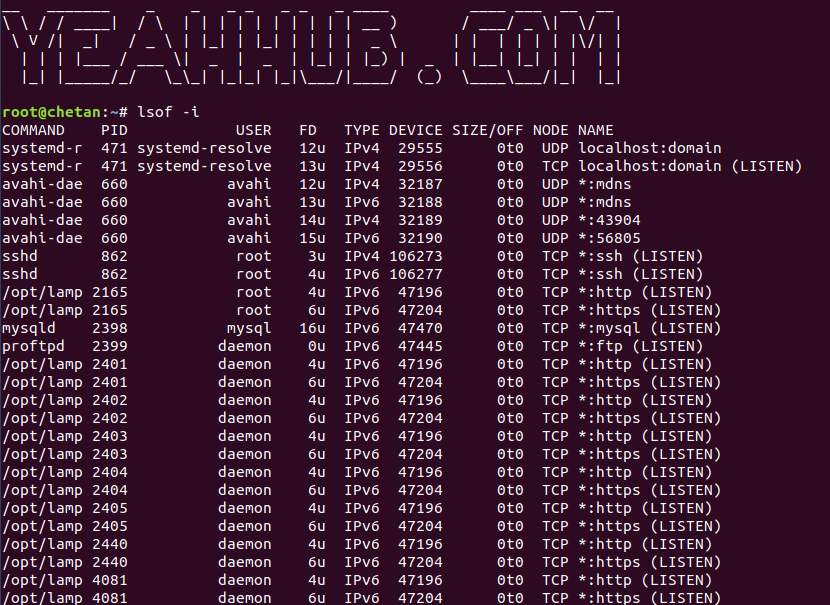 And in case if you want to display only open sockets, then you can use:

To display only TCP connections, type:

Nmap is one of the free, opensource network security scanner, usually used for network discovery and security auditing. Among other thing, you can also use NMAP for scanning open ports, monitor hosts and network inventory purposes.

In Kali Linux, Nmap is already pre-installed in it but in case of Ubuntu or any other Linux distro, you can install nmap by typing “sudo apt install nmap” command.

For Windows OS, the Nmap installation package comes with a front-end GUI for Nmap called Zenmap, used to control Nmap from a user interface rather than a command-line. 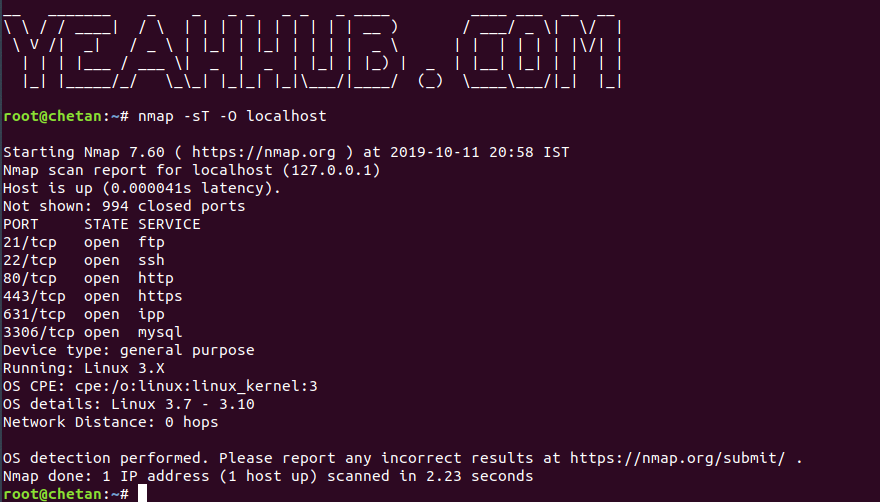 And for UDP, the command is: