Normally, the status of a port is basically unfiltered. The port in the unfiltered state is displayed only when most of the scanned ports are in the filtered state.

Depending on the functional options used, nmap can also report the following characteristics of the remote host: the operating system used, the TCP sequence, the username of the application running on each port, the DNS name, whether the host address is a spoofed address, and Something else.

Sometimes you just want to know which hosts are running on the network at this time. Nmap can do this by sending an ICMP echo request packet to each IP address in the network you specify.

It will respond if the host is running. Unfortunately, some sites such as microsoft.com block ICMP echo request packets.

However, by default, nmap can also send TCP ack packets to port 80. If you receive a RST packet, it means the host is running.

The third technique usd by nmap is to send a SYN packet and then wait for an RST or SYN/ACK packet. For non-root users, nmap uses the connect() method. 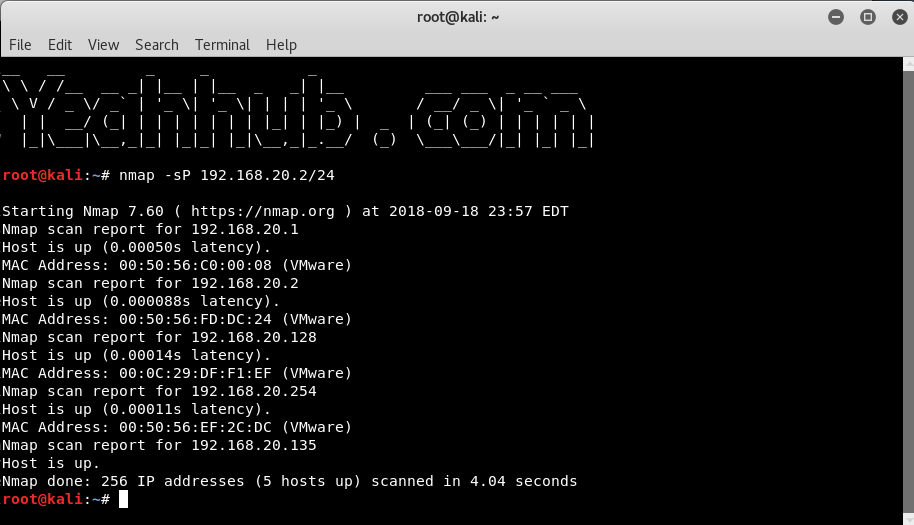 This is the command to scan for running service. Nmap contains a database of more than 2000+ well-known services and associated ports. 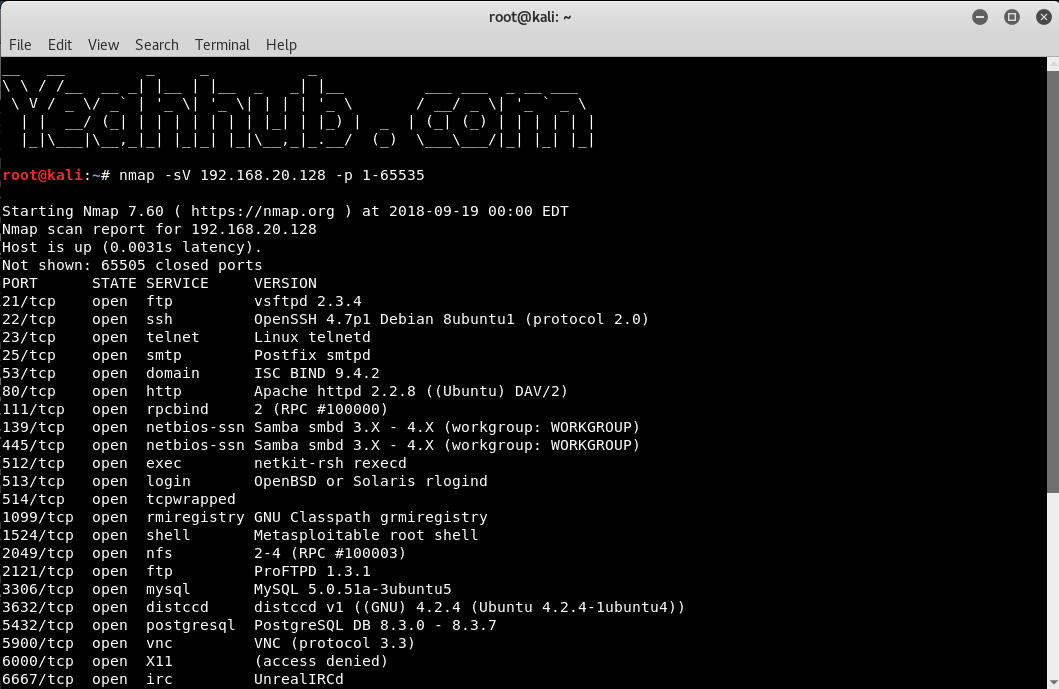 Since it is not necessary to open all TCP connections, it is usually called half-open. You can issue a TCP sync packet (SYN) and wait for a response.

The packet is disconnected from the target host, which is actually done automatically by our operating system kernel. The biggest benefit of this technology is that few systems can log this into the system log. However, you always need root privileges to customize the SYN packet. 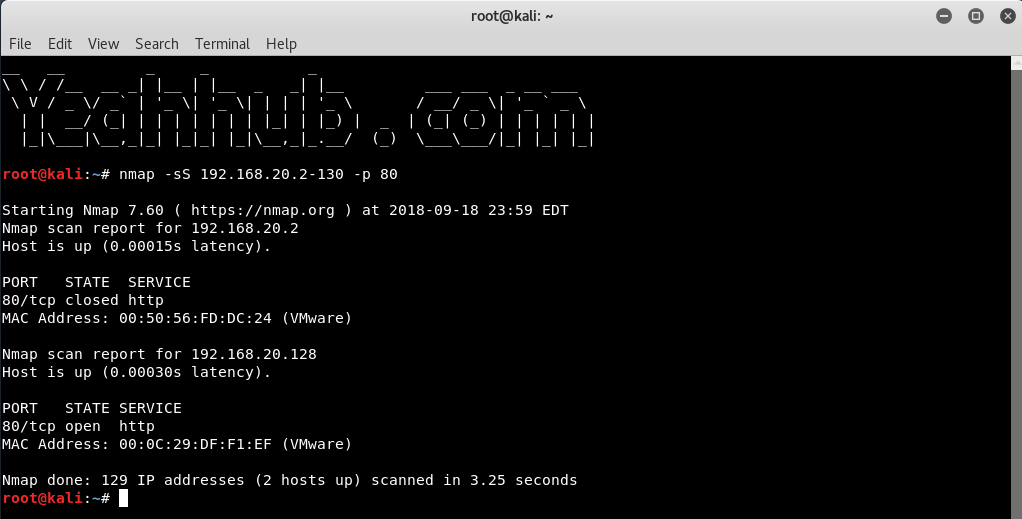 This is the command to scan and search for the OS (and the OS version) on a host. This command will provide valuable information for the enumeration phase of your network security assessment. 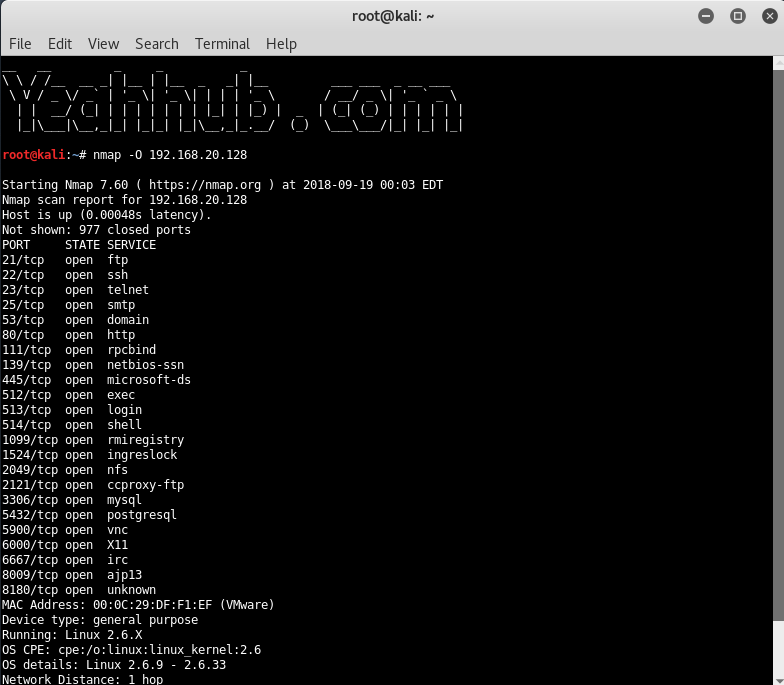 Nmap is one of the most popular tools used for the enumeration of a targeted host. Nmap can use scans that provide the OS, version, and service detection for individual or multiple devices.

Detection scans are critical to the enumeration process when conducting penetration testing of a network. It is important to know where vulnerable machines are located on the network so they can be fixed or replaced before they are attacked. 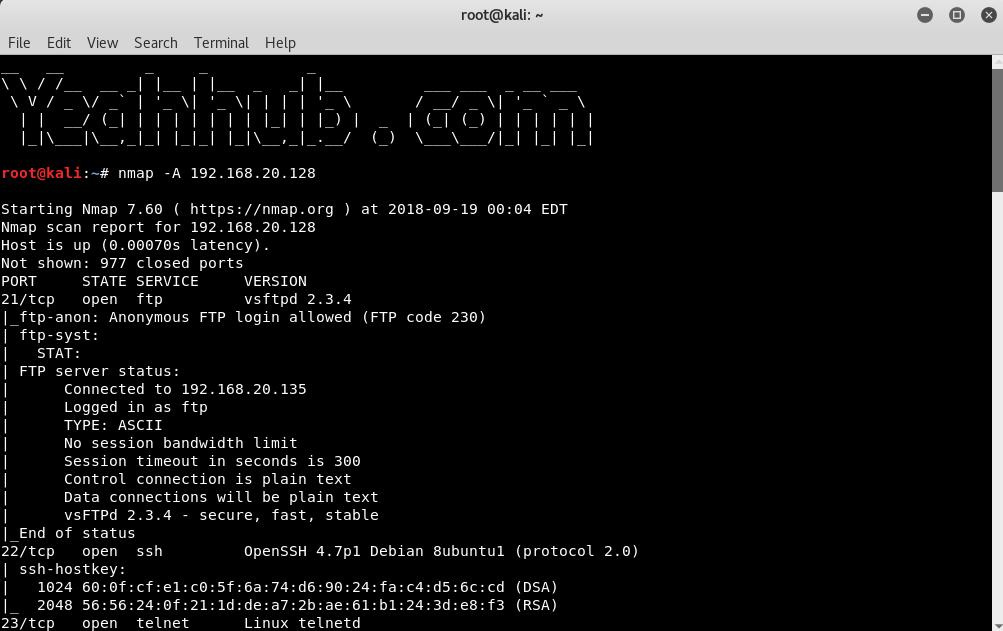