When the first electronic computers emerged from university and military laboratories in the late 1940s and early 1950s, visionaries proclaimed them the harbingers of a second industrial revolution that would transform business, government and industry. But few laymen, even if they were aware of the machines, could see the connection. Experts too, were sceptical.

Not only were computers huge, expensive, one-of-a-kind devices designed for performing abstruse scientific and military calculations, such as cracking codes and calculations missile trajectories, they were also extremely difficult to handle. Now, it is clear that computers are not only here to stay, but they have a profound effect on society as well.

As John McCarthy, Professor of Computer Science at Stanford University, speculated in 1966:

“The computer gives signs of becoming the contemporary counterpart of the steam engine that brought on the industrial revolution – one that is still gathering momentum and whose true nature had yet to be seen.” 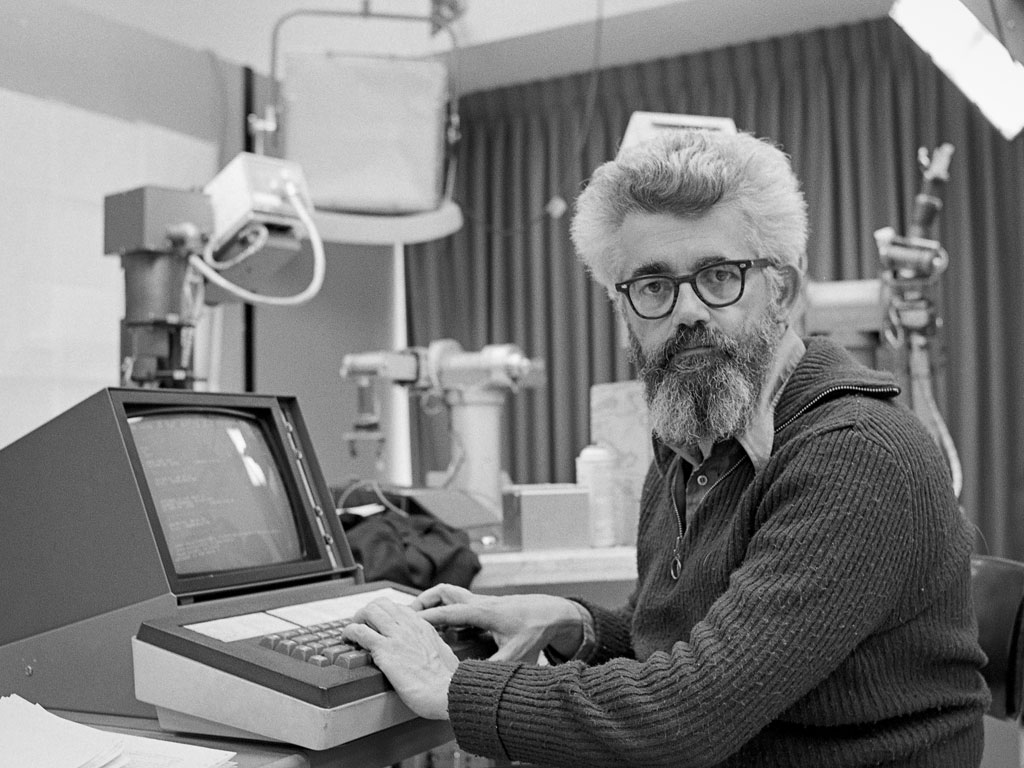 Today’s applications of computers are vast. They are used to run ordinary household appliances such as televisions and microwaves, to being tools in the workplaces through word processing, spreadsheets, and graphics software, to running monumental tasks such as being the heart and soul of the nations tax processing department, and managing the project timetables of the Space Shuttle. It is obvious that the computer is now and always will be inexorably linked to our lives, and we have no choice but to accept this technology and learn how to harness its total potential.

With any progressing technology, an unauthorized application can almost be found for it. A computer could and has been used for theft and fraud – for example, as a database and manager of illegal activities such as drug trafficking and pornography. However, we must not just consider the harmful applications of the computer, but also take into account the good that they have caused.

When society embraced the computer technology, we have to treat this as an extension of what we already have at hand. This means that some problems that we had before the computer era may also arise now, in the form where computers are an accessory to a crime.

Hiding confidential material from intruders does not necessarily mean that what we keep secret it illegal. Since ancient times, people have trusted couriers to carry their messages. We seal out messages in a envelope when sending mail through the postal service. Using computer and encrypting programs to transfer electronic messages securely is not different from sending a letter the old-fashioned way. This guide will examine the modern methods of encrypting messages and analyze why Phil Zimmerman created an extremely powerful civilian encipherment program, called the PGP, for “Pretty Good Privacy.”

In particular, by focusing on cryptography, which was originally intended for military use, this guide will examine just how easy it is to conclude why giving civilians a military-grade encrypting program such as the PGP may be dangerous to national security. Therefore, with any type of new technology, this will argue that the application of cryptography for civilian purposes is not just a right, but is also a necessity.

Increasingly in today’s era of computer technology, not only banks but also businesses and government agencies are turning to encryption. Computer security experts consider it best and most practical way to protect computer data from unauthorized disclosure when transmitted and even when stored on a disk, tape, of the magnetic strip of a credit card.

Two encryption systems have led the way in the modern era.

One is the single-key system, in which data is both encrypted and decrypted with the same key, a sequence of eight numbers, each between 0 and 127. The other is a 2-key system in this approach to cryptography, a pair of mathematically complementary keys, each containing as many as 200 digits, are used for encryptions and decryption. In contrast with ciphers of earlier generations, where security depended in part on concealing the algorithm, confidentiality of a computer encrypted message hinges solely on the secrecy of the keys. Each system is thought to encrypt a message so inscrutably that the step-by-step mathematical algorithms can be made public without compromising security.

The single key system, named the Data Encryption Standard – DES for short – was designed in 1977 as the official method for protecting unclassified computer data in agencies of the American Federal government. Its evolution began in 1973 when the US National Bureau of Standards, responding to public concern about the confidentiality of computerized information outside military and diplomatic channels, invited the submission of data-encryption techniques as the first step towards an encryption scheme intended for public use. 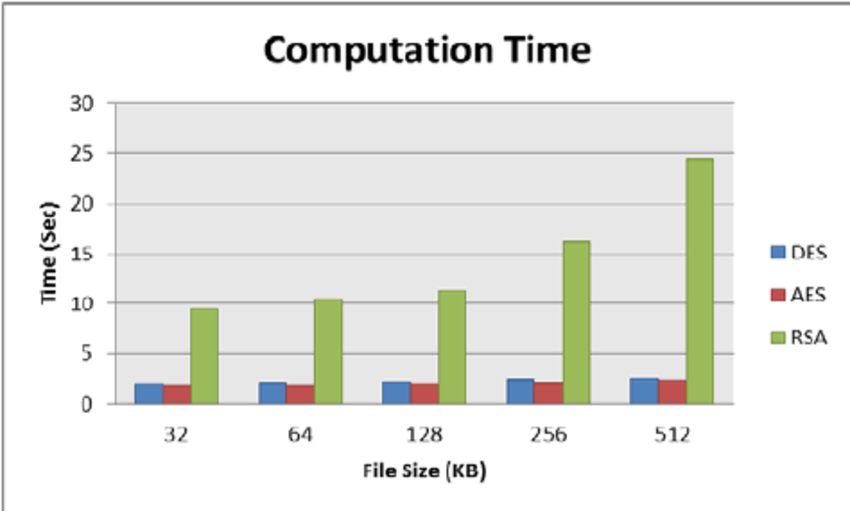 The method selected by the bureau as the DES was developed by IBM researchers. During encryption, the DES algorithm divides a message into blocks of eight characters, then enciphers them one after another. Under control of the key, the letters and numbers of each block are scrambled no fewer than 16 times, resulting in eight characters of ciphertext.

As good as the DES is, obsolescence will almost certainly overtake it. The life span of encryption systems tends to be short; the older and more widely used a cipher is, the higher the potential payoff if it is cracked, and the greater the likelihood that someone has succeeded.

An entirely different approach to encryption, called the 2-key or public-key system, simplifies the problem of key distribution and management. The approach to cryptography eliminates the need for subscribers to share keys that must be kept confidential. In a public-key system, each subscriber has a pair of keys. One of them is the so-called public key, which is freely available to anyone who wishes to communicate with its owner.

The other is a secret key, known only to its owner. Though either key can be used to encipher or to decipher data encrypted with its mate, in most instances, the public key is employed for encoding, and the private key for decoding. Thus, anyone can send a secret message to anyone else by using the addressee’s public key to encrypt its contents. But only the recipient of the message can make sense of it, since only that person has the private key.

A public key cryptosystem is called the PGP, for Pretty Good Privacy. Designed by Phil Zimmerman, this program is freely distributed for the purpose of giving the public the knowledge that whatever communications they pass, they can be sure that it is practically unbreakable.

PGP generates a public and private key for the user using the RSA technique. The data is then encrypted and decrypted with the IDEA algorithm – which is similar to the DES, but the work factor to decode the encrypted message by brute force is much higher than what the DES could provide. The reason why the RSA is used only when generating the keys is that the RSA takes a very long time to encrypt an entire document, where using the RSA on the keys takes a mere fraction of the time. 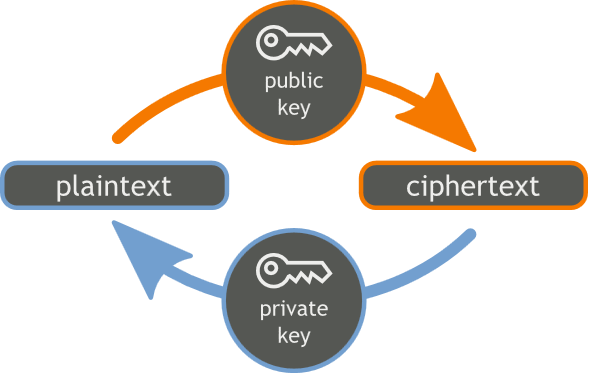 At this time, Zimmerman is bing charged by the US government for his effort in developing the PGP. The government considers encryption as a weapon, and they have established regulations controlling or prohibiting the export of munitions. Since the PGP is a powerful encryption program, it is considered and can be used as a powerful weapon and may be a threat to national security.

On the Internet, it is clear that many people all over the world are against the US government’s effort on limiting the PGP’s encryption capabilities, and their reason is that the ban infringes on the people’s right to privacy.

The PGP must not be treated only as a weapon, for it contains analogies that are not used in wartime. One of them is authentication. The two-key cryptosystem is designed with authentication in mind: Using someone’s public key to encrypt enables only the owner of the private key to decrypt the same message. In the real world, we use our own signature to prove out identity in signing cheques or contracts.

There exists retina scanners that check the blood vessels in out eyes, as well as fingerprint analysis devices. These use our physical characteristics to prove our identity. A digital signature generated by a public key cryptosystem is much harder to counterfeit because of the mathematics of factoring – which is an advantage over conventional methods of tests for out identity.

Another analogy the PGP has with the real world is the need for security. Banks and corporations employ a trusted courier – in the form of an armoured truck or a guard – to transfer sensitive documents or valuables. However, this is expensive for civilian purposes, and the PGP provides the same or better security when securing civilian information.

While many argue that limiting the PGP’s abilities are against the people’s right to privacy, the PGP must also be seen as a necessity as we enter the Information Age. There is currently little or no practical and inexpensive way to secure digital information for civilians, and the PGP is an answer to this problem.

Computer privacy must not be treated differently than any other method to make private any documents. Rather, we must consider the computer as a tool and use it as an extension of society’s evolution. Clearly the techniques we employ for computer privacy such as encryption, secure transfers and authentication closely mirrors past efforts at privacy and non-criminal efforts. 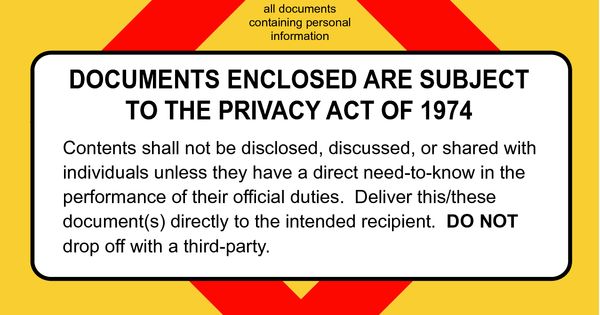 The government is putting more pressure against the distribution of PGP outside of the United States. One of their main reasons was that since it is freely distributed and thus can be modified in such a way that even the vast computational resources of the US government cannot break the PGP’s secured message. The government could now reason that the PGP can provide criminal organizations a means of secure communications and storage of their activities, and thus make the law enforcement’s job much harder in tracking criminals down and proving them guilty.

Also, we must never forget one of out basic human rights – one that many laid their lives for, is freedom. We have the freedom to do anything we wish that is within the law. The government is now attempting to pass a bill promoting a single algorithm to encrypt and decrypt all data that belongs to its citizens. A multitude of people around the world are opposed to this concept, arguing that it is against their freedom and their privacy.

At some point, most web programmers are going to need to learn databases. They’re the premier way to store information in an online environment, and they’re often the most efficient solution. But do they have limits as to what they can be used for? That’s what we’re going to talk about in this article. This […]

Before to start the blog, you must know all Do’s and Don’t about blogging like your niche must be strong enough, you must have good traffic, your content must be unique etc, so here we’ll discuss all points which you need to know while blogging. 1. Define Your Niche Research a niche that you have […]

In previous chapter, you’ve learned about basics of PHP, Installation and XAMPP and in this tutorial we’ll cover PHP Tags & Comments. PHP Tags – All scripts start and end with these tags: PHP Code: <?php //Your code goes here. ?> The PHP tags can be placed anywhere in your document. Here is an example […]