I hope you all knows the latest vulnerability i.e. Meltdown which has been discovered almost in every CPU having Intel Processor.

These both vulnerabilities are basically hardware design flaws that attackers can easily exploit to access part of the memory that should remain private allowing them to steal your personal information.

Accordingly, many servers and cloud services were impacted, as well as a potential majority of smart devices and embedded devices using ARM based processors (mobile devices, smart TVs and others), including a wide range of networking equipment.

To test the meltdown vulnerability in a Linux distribution, just open the terminal and install the following script via git utility.

After that you need to compile the script with the help of “make” command as per below screenshot.

To run this script, type “./run.sh” in same terminal which actually starts to test the meltdown vulnerability. 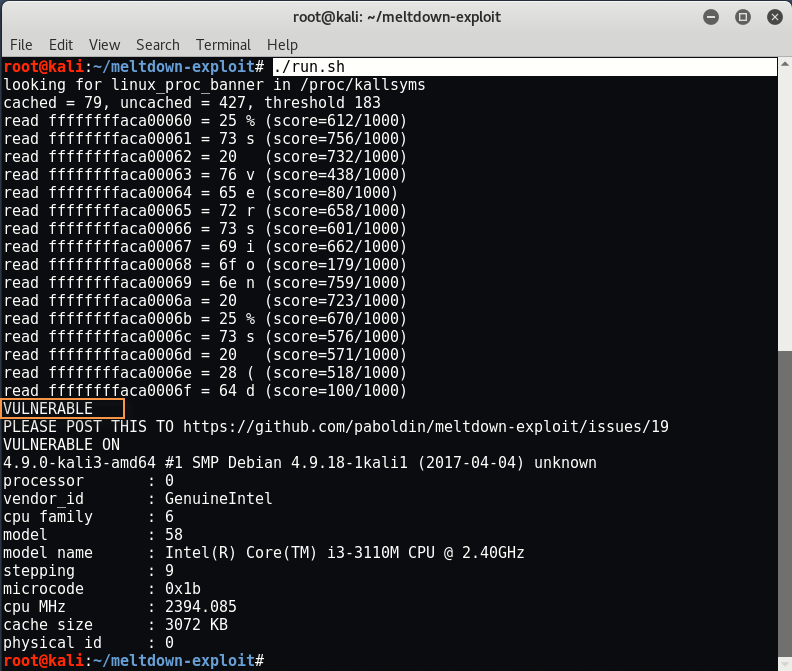 From the above screenshot, it clearly shows that the above system/machine is VULNERABLE to Meltdown Vulnerability.

For this you need to download this script (spectre-meltdown-checker) with the help of wget command as per below screenshot:

To run this script, type “./spectre-meltdown-checker.sh” in your same terminal.

Note: Don’t forget to change the permissions of the bash file. 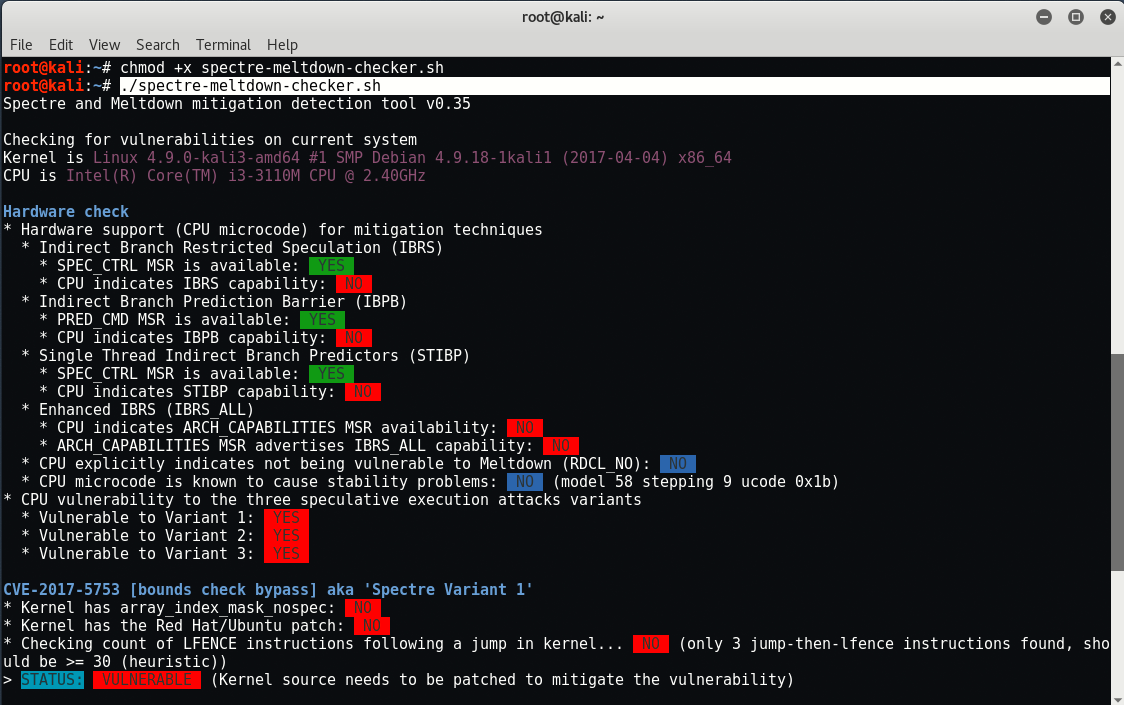 As you can see that, the Spectre Variant 1 is still vulnerable, Linux kernel developers are still working on patches that will fully protect against Spectre. Consult your Linux distribution for more information about patch availability.

Here are the CVE id’s related to spectre and meltdown:

Microsoft also developed a PowerShell Script that will quickly tell you whether your machine is protected or not. To test on Windows 10 OS, you need to open the Windows PowerShell (Admin) by right clicking on Start Menu and Run as Administrator.

Run the following two commands to do this:

Then, to actually run the script, run the following commands: 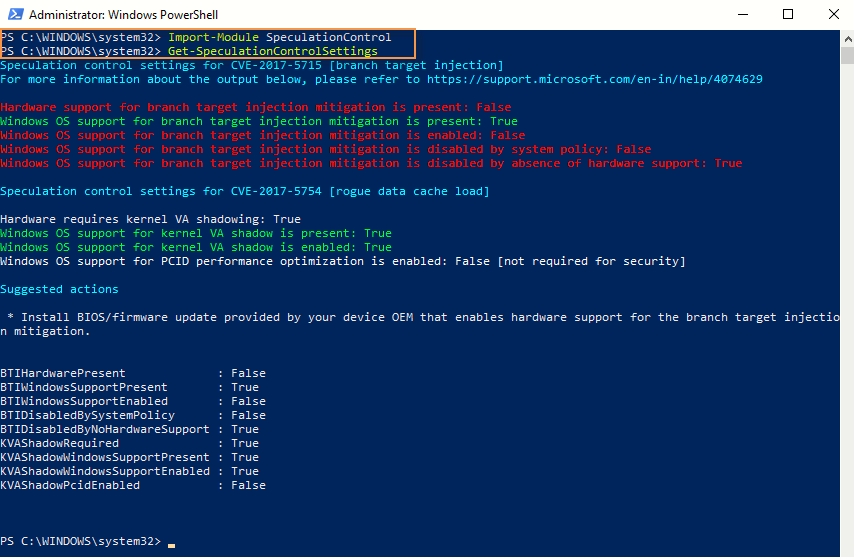 You will see that whether your PC has the appropriate hardware support or not.

Here you need to look into these following things:

To reset the execution policy to its original settings after you’re done, run the following command:

You can also test the both vulnerabilities i.s. Spectre and Meltdown vulnerability with the help of InSpectre Tool which can be downloaded by this link. 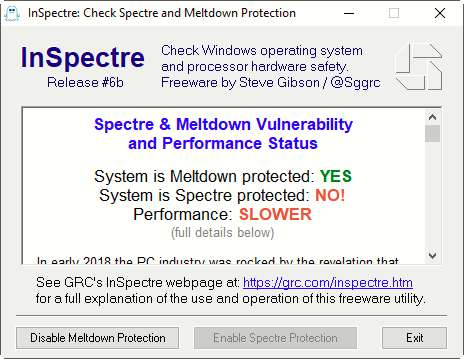 The only solution to protect from these two vulnerabilities i.e Spectre and Meltdown are Windows Update. The windows update that helps to mitigate the security vulnerabilities should install automatically.

While installing the patch for this vulnerabilities, some users may cause BSOD (Blue Screen of Death), make sure that you must visit your AV Company’s Support Website for latest update.