Netstat is a built in command line tool that provides you with information about TCP connections, network statistics and IP routing table. As it is built in, there is nothing to download. It is in all recent versions of Windows. Under Windows Vista and Windows 7 you may have to run some commands in an elevated command prompt.

To view network connections, listening ports and so on, netstat is one of the best utility which is available for both Windows and Linux OS.

For Example, you can see the programs listening on TCP ports by issuing the command (netstat -antp). Ports are simply software based network sockets that listen on the network to allow remote systems to interact with programs on a system.

Example 1 – With the following command, you can easily find out all established connections from/to your windows machine.

Similarly, if you want to display only CLOSE_WAIT connections then the command is:

And for TIME_WAIT, the command is:

TIME_WAIT indicates that the client recognizes the connection as still active but not currently being used.

Example 2 – With the help of -s option, you can view all the statistics information like Received packets, Header errors, Discard packets etc.

By default, statistics are shown for IP, IPv6, ICMP, ICMPv6, TCP, TCPv6, UDP, and UDPv6; the -p option may be used to specify a subset of the default. 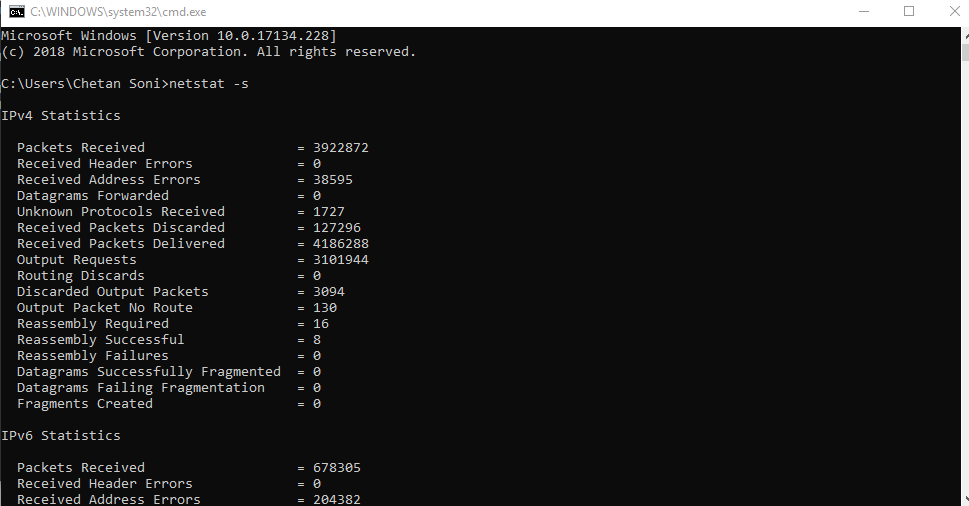 From above output, you can easily filter out specific string based results as shown below:

Example 3 – With -r option, you can see all the information related to routing table. 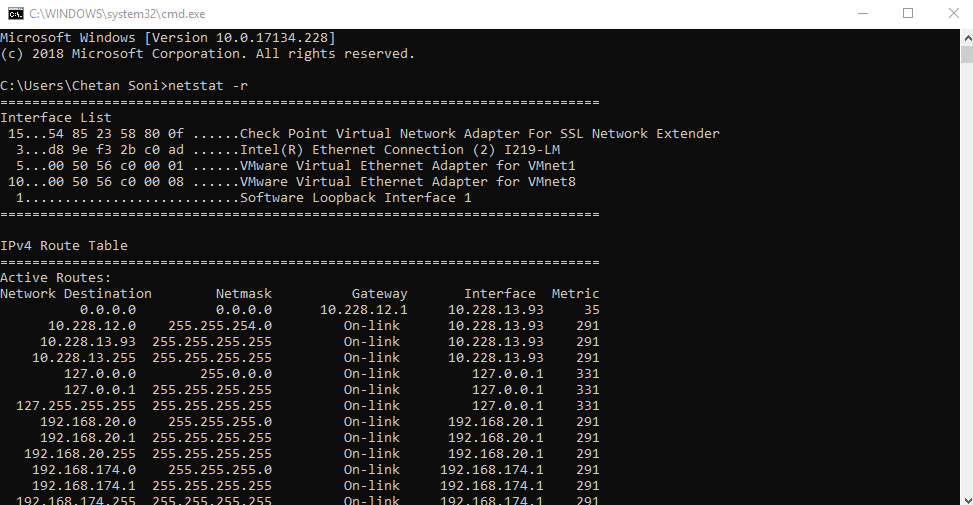 Example 4 – If you want to view the status of all interfaces and Ethernet statistics then you can use the following command:

Example 5 – To display FQDN (Fully Qualified Domain Names) for foreign addresses, then the command is: 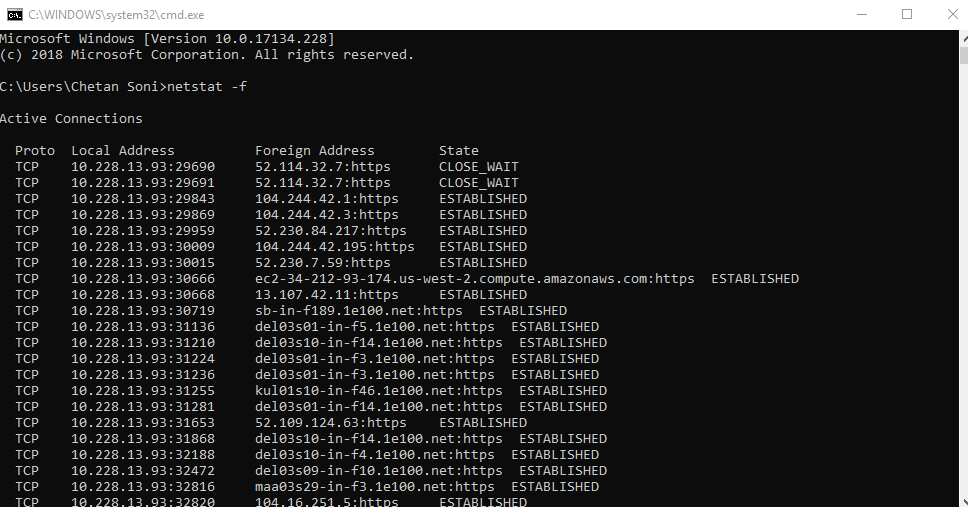 And in case, if you want to filter out only ESTABLISHED Connections then the command is: 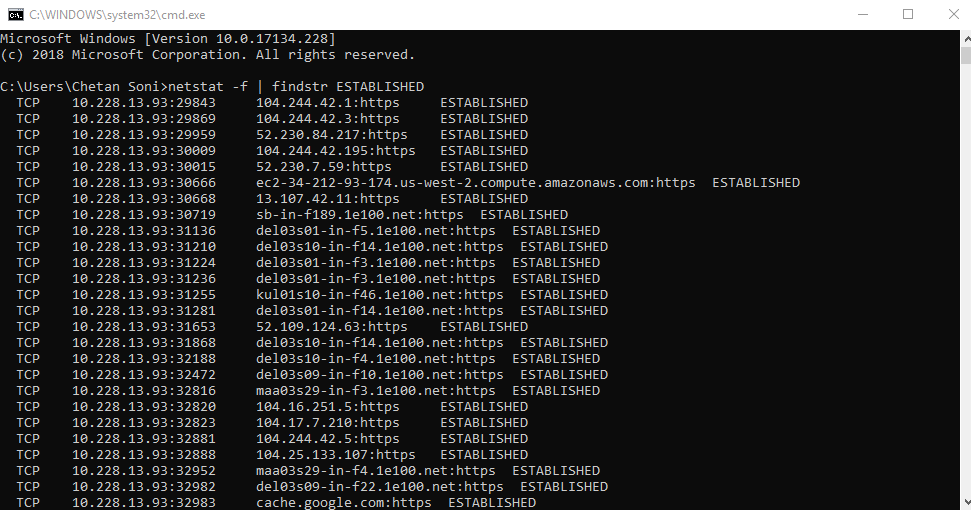