Another defacement attack just happened and this time wikileaks.org website has been hacked by OurMine Hacker which is a Saudi Arabian Hacking group who hacked so many websites last year.

The group appears to have carried out an attack known as “DNS poisoning” for a short while on Thursday morning i.e. on 31st August 2017.

Unlike many hacking attacks, DNS poisoning does not involve a direct attack on the servers of the targets, rather it relies on weaknesses within the Domain Name System to replace valid DNS entries with those that cause web users to be connected to the hacker’s servers.

The attack was directed at wikileaks domain and didn’t impact any other subdomains and directories but now the site is running fine as usual – https://wikileaks.org/ 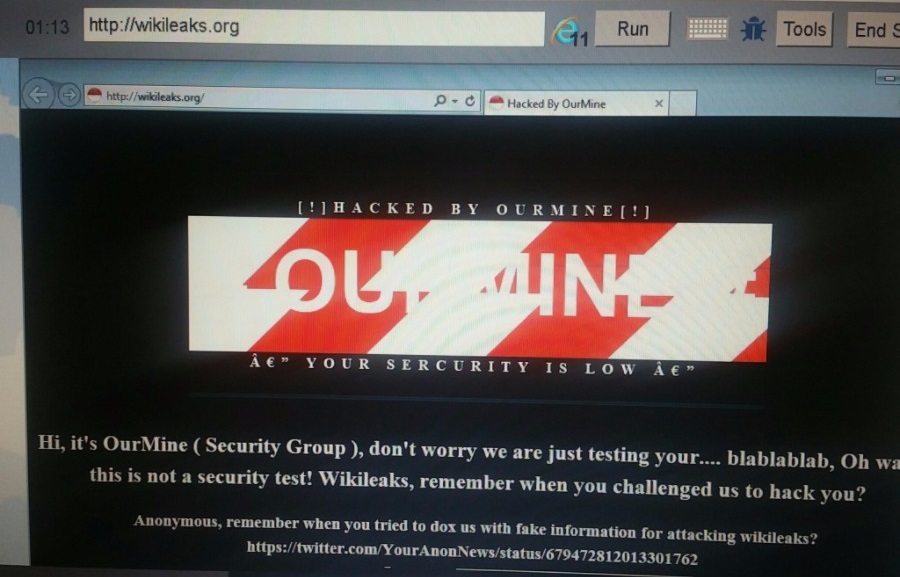 “Hi, it’s OurMine (Security Group), don’t worry we are just testing your… blablablab, oh wait, this is not a security test! Wikileaks, remember when you challenged us to hack you?
Anonymous, remember when you tried to dox us with fake information for attacking wikileaks.
There we go! One group beat you all! #WikileaksHack lets get it trending on twitter.”