Drupal 7 includes a database abstraction API to ensure that queries executed against the database are sanitized to prevent SQL injection attacks.

A vulnerability in this API allows an attacker to send specially crafted requests resulting in arbitrary SQL execution. Depending on the content of the requests this can lead to privilege escalation, arbitrary PHP execution, or other attacks and this vulnerability can easily be exploited by any anonymous user.

Usually Drupal teams do a great job into ensuring a reasonable security level to their users. Most of the Drupal critical vulnerabilities come from community modules, modules which are hosted on a central place where the ones not conforming with Drupal security requirement get a specific red banner.

However, mistakes still happen, as Stefan Horst discovered in 2014 when he found out the Drupageddon vulnerability, also known as CVE-2014-3704 and Drupal SA-CORE-2014-005.

[#] Step 1 – Start the metasploit framework by typing “msfconsole” command in your terminal. 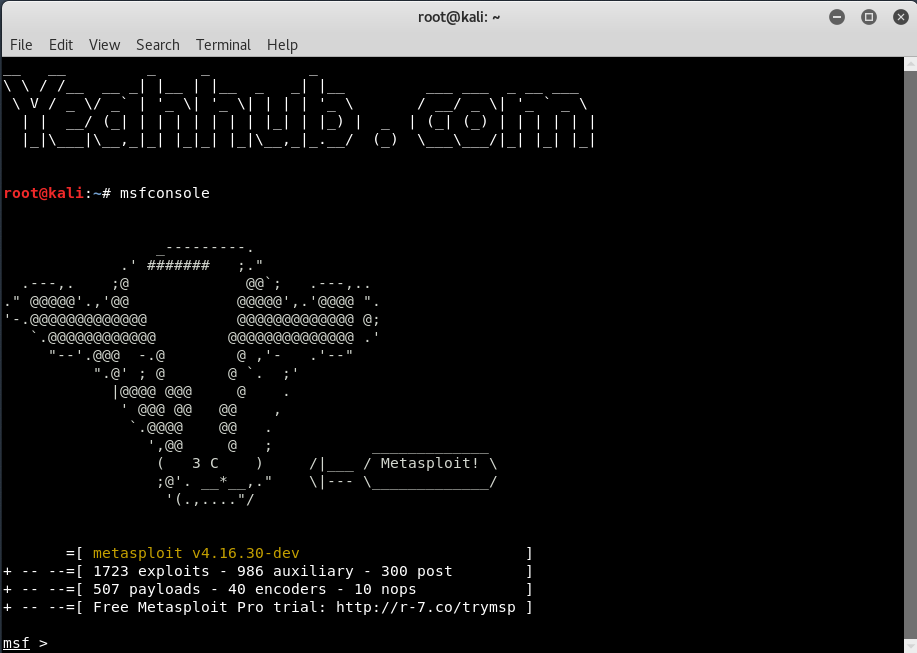 Metasploit is updated often due to new vulnerabilities being discovered all the time. Keep your metasploit installation up to date using apt or msfupdate to ensure you have the latest modules for pen testing.

The module which exploits the Drupal HTTP Parameter Key/Value SQL Injection is Drupageddon. This module was tested against Drupal 7.0 and 7.31 (was fixed in 7.32).

Two methods are available to trigger the PHP payload on the target:

By default the value of TARGET is 0.

To use the drupageddon module, the command is:

As soon as you run the exploit, a meterpreter session will immediately open against the target machine as shown below: