Wireless technology has become increasingly popular as it allows you to easily access the Internet from all sorts of locations around the world without requiring a network cable. But a wireless network isn’t always secure if you don’t understand its dangers, and especially if precautions are not taken.

With Windows Powershell, you can easily dump all your wireless passwords in clear text format. No doubt, there are several tools are already available but these kind of tools are not even safe to execute in a windows machine.

And paste the following command into it which will generate a log.txt file at DESKTOP contains all Wireless passwords. 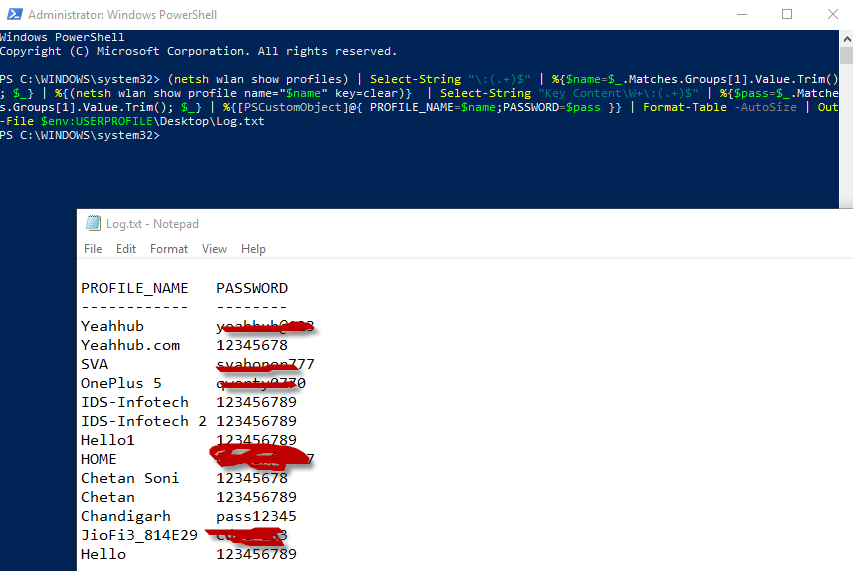 Microsoft Windows PowerShell 5 represents a major advance over previous versions. Especially on Windows 10 and Windows Server 2012, the amount of cmdlet coverage vastly increases. But many of the cmdlets are specialized, and the actual number of cmdlets varies depending on what roles and features the configuration enables.

In case, if you want to find out the version of your Windows Powershell then the command is $psversiontable 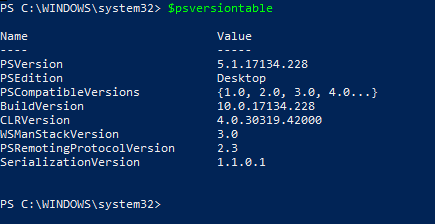 And if in case, you want to dump the password of a particular wireless network then you can use the following command and paste it into CMD Prompt (With Administrative Permissions) as shown below: 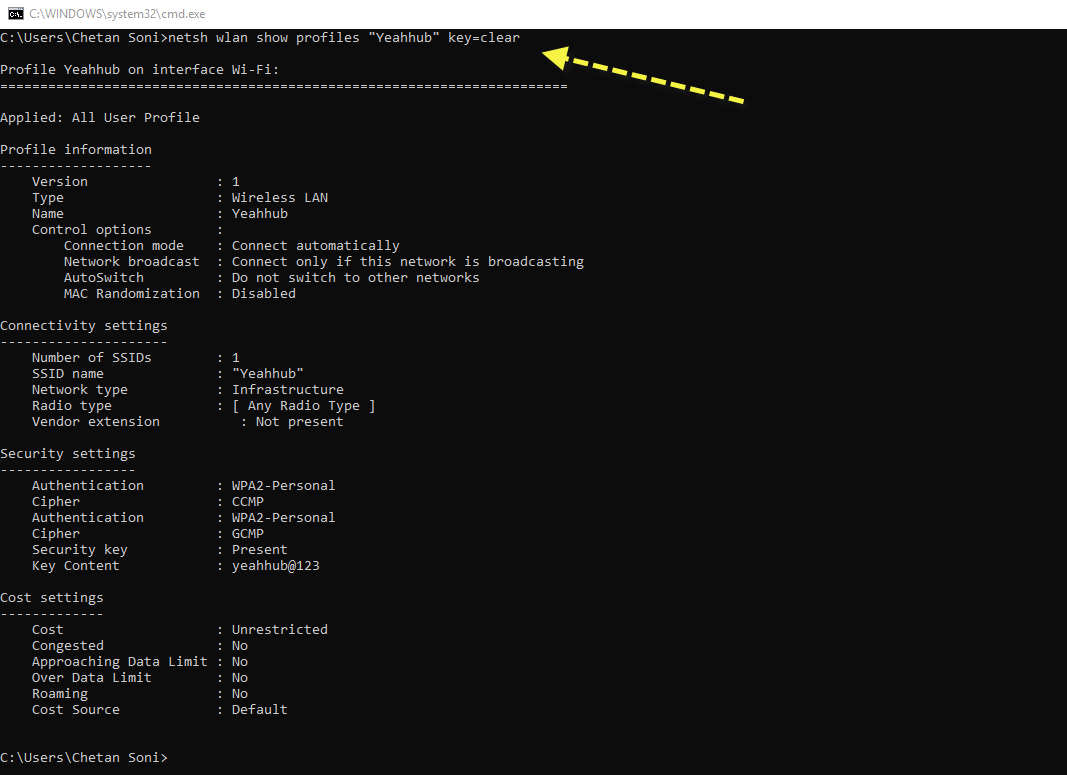 One thought on “Dump All Wi-Fi Passwords with Windows PowerShell”