The Internet can bring with it a great deal of undesirable traffic, including hackers, spam bots, spyware and more.

EvilLimiter: A tool to limit the bandwidth (upload/download) of devices connected to your network without physical or administrative access. It employs ARP spoofing and traffic shaping to throttle the bandwidth of hosts on the network.

In first step, you need to clone the Evil Limiter repository from Github by using git command as shown below:

Next to install, type the following command in your terminal. 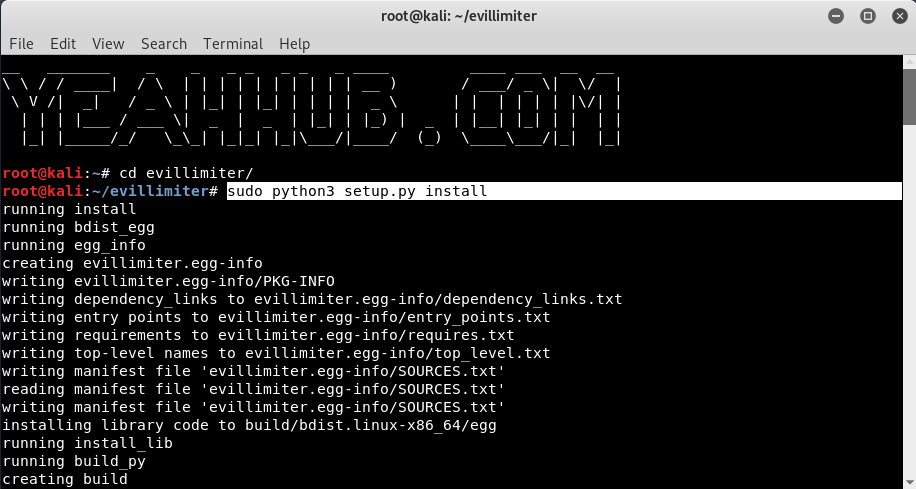 Type evillimiter or python3 bin/evillimiter to run the tool which shows a welcome screen as shown below: 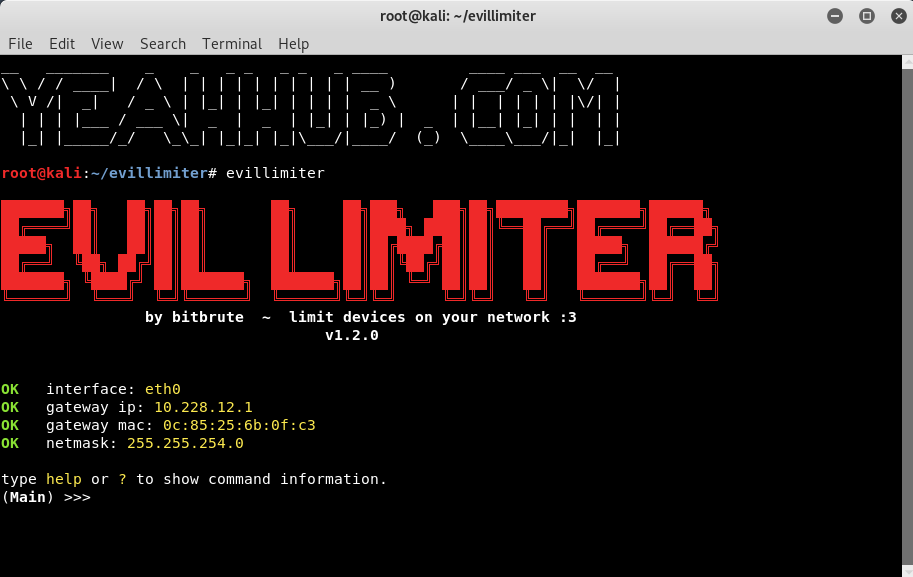 You can explore more functionality of Evil Limiter by looking through the menu system and checking out the available commands. To do so, type a question mark ( ? )in the terminal to pull up the help page. 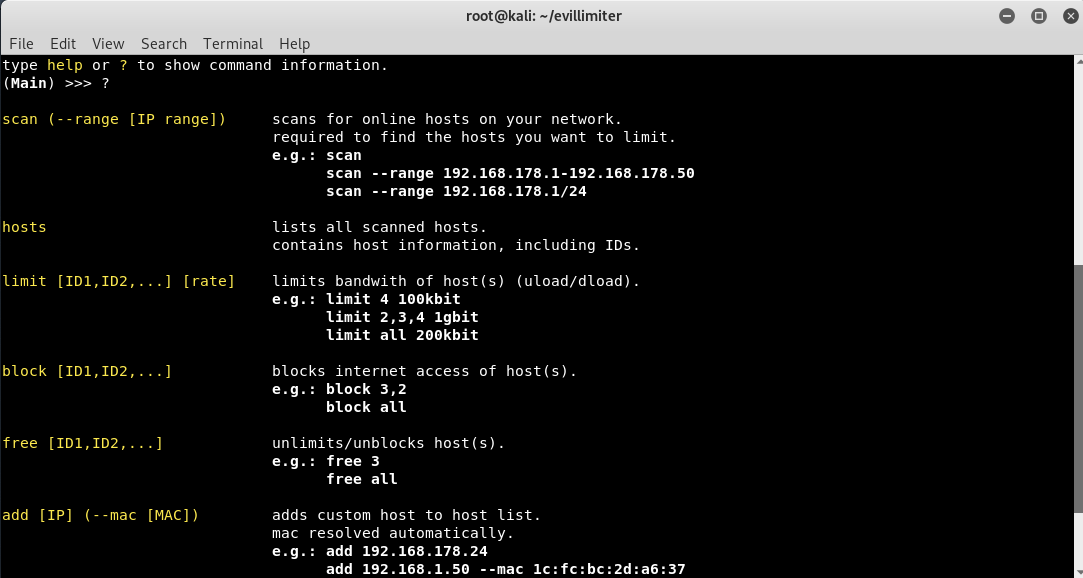 Host discovery, the process of determining what systems on a network are up and listening, is often the first step in a hostile network scanning action.

To do this, type “scan” command which will automatically filters out all alive hosts in your same network.

As you can see that, 92 hosts are alive in our network and to view more information about alive hosts, type “hosts” command which will further displays all IP Address and MAC Address respectively.

Now to block a particular IP or Host from using the internet access, type the following command “block <Number>” followed by Host ID which instantly cut off all the internet connection wrt to that IP address within few seconds.

And in case, if you want to uncut or retrieve the internet connection, the command is “free <Number>“.

Instead of blocking or allowing the host, if you just want to limit his internet bandwidth we can do just that by using the limit command followed by the host id and then the bandwidth that we want to allocate to that particular host like this:

There are so many other open source tools are available which do the same process as EvilLimiter do:

We hope you enjoyed this article to using Evil Limiter! If you have any questions about this tutorial on ARP spoofing, leave a comment below, and feel free to contact us at yeahhub@gmail.com or reach us on Twitter @yeahhub.