As you all knows in Wireless Networks, there are so many encryption protocols are there i.e. WEP, WPA and WPA2 and out of that WEP is one of the most weakest protocol which uses 24-bit IV packets and other side, we have WPA2 protocol uses stronger encryption algorithm which is very difficult to crack.

Also Read: How to see who’s on your Wi-Fi

The following discussion is for informational & educational purpose only. Hacking into private wireless network without written permission from the owner is illegal and strictly forbidden. Misused could result in breaking the law, so use it at your own risk.

“We try to break into stuff before the bad guys do”

What Penetration Testing is –

A penetration test, or pen test, or pen testing is an attempt to evaluate the security of an IT infrastructure by safely trying to exploit vulnerabilities. These vulnerabilities may exist in operating systems, service and application flaws, improper configurations, or risky end-user behavior. Basically there are two types of Penetration Testing are i.e. Black Box PT and White Box PT.

Kali Linux is one of the best operating system based on UNIX having more than 1000s of pre-installed tools based on network/forensics/webapp etc. Kali Linux is an open source OS having monolithic type kernel and available in both 32-bit and 64-bit architecture.

There are so many automated cracking tools are there to crack into wi-fi networks like Gerix Wi-Fi Cracker and Fern Wi-Fi Cracker but all are limited to only WEP and WPA based networks but the tool which we’ll discuss is FLUXION is developed in python and usually used to crack WPA2-PSK based networks. DentaFlux is the developer who developed this awesome wi-fi cracking tool.

How it really works ?

Fluxion is intended to be used for legal security purposes only, and you should only use it to protect networks/hosts you own or have permission to test. Any other use is not the responsibility of the developer(s). Be sure that you understand and are complying with the Fluxion licenses and laws in your area.

Step 1 – To install Fluxion, use GIT method as per following screenshot: 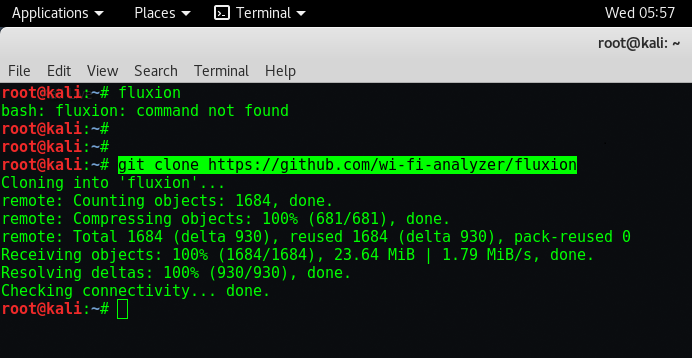 Step 2 – After installation, it will automatically create a new directory in same location where you’ve installed Fluxion named as “fluxion” and enter into that directory by typing “cd fluxion“. 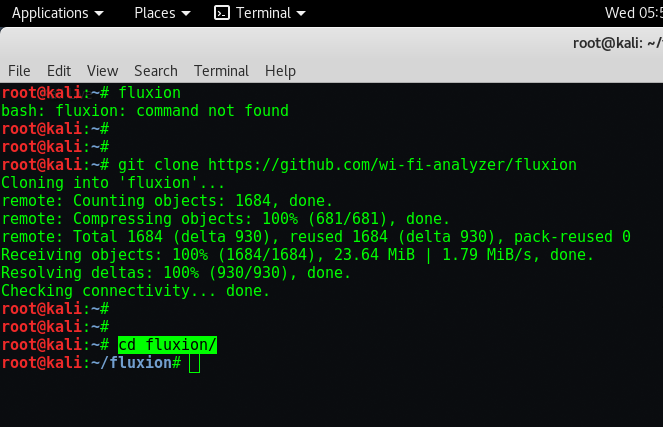 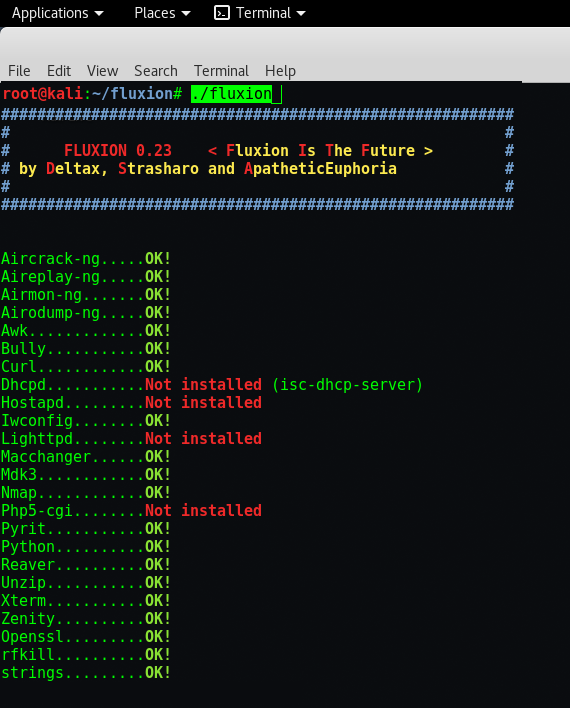 Step 4 – After complete installation, it might shows some dependencies but don’t worry about that dependencies. You can easily install that missing packages by running the Installer “./Installer.sh“. 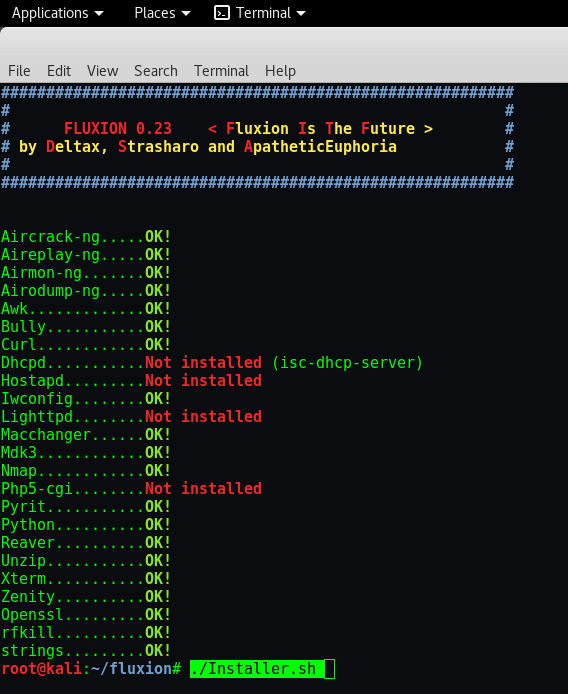 Step 5 –After running installer, it will popup some screens which shows you the installation of missing packages. 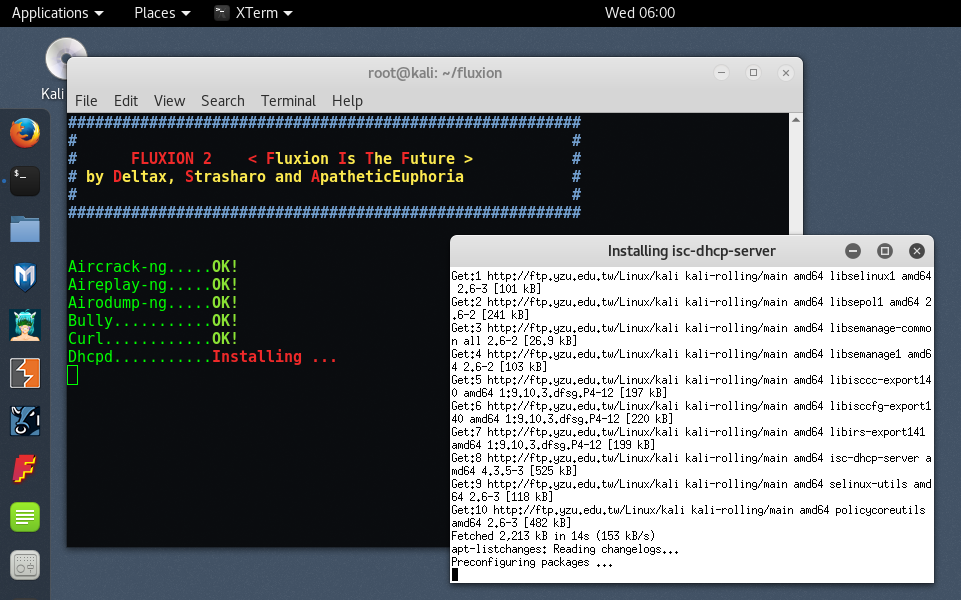 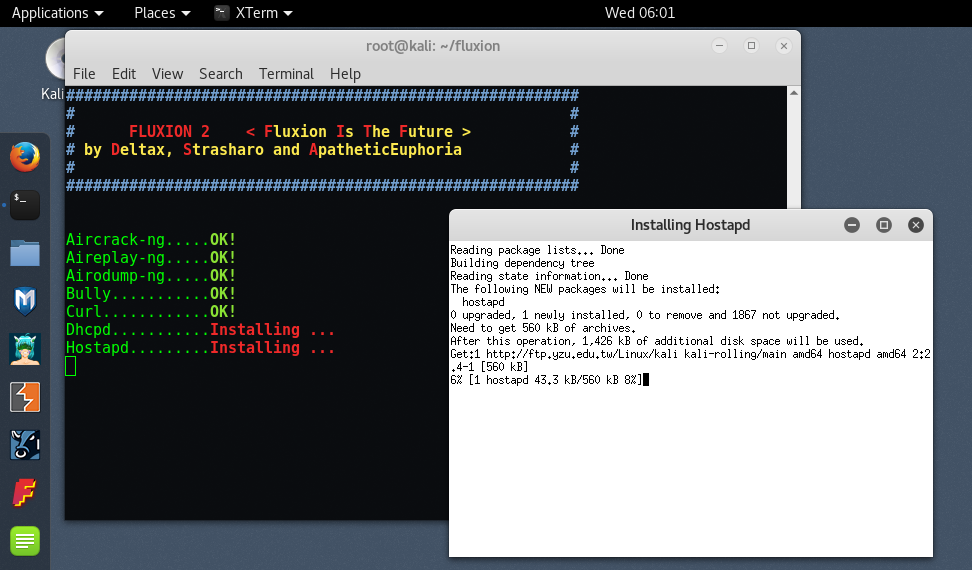 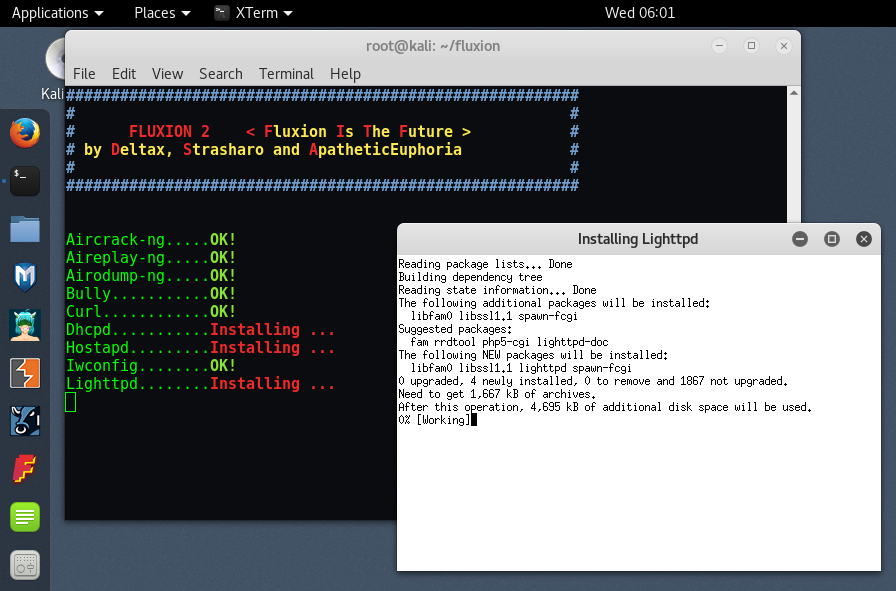 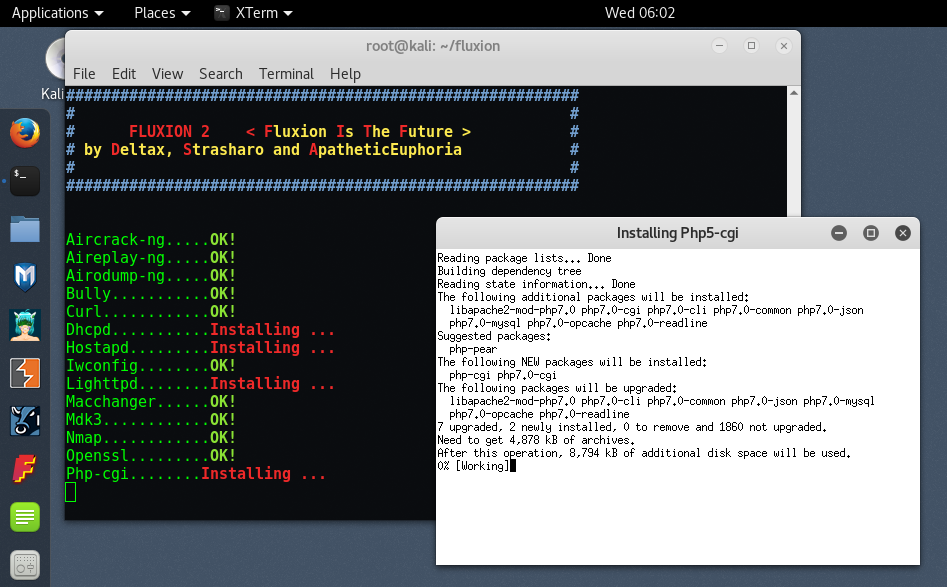 Step 6 – After complete installation of all missing packages, you can easily use Fluxion by typing this command “sudo ./fluxion” 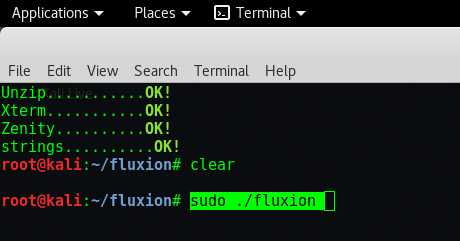 The Metasploit Project is a computer security project that provides information about security vulnerabilities and aids in penetration testing and IDS signature development. Metasploit is a tool which is used by penetration testers and security experts for post exploitation. With the help of this tool, you can hack any Windows/Linux Operating System, it has inbuilt […]

As discussed previously, we had successfully exploited a windows machine with Metasploit Framework and created an administrator user in targeted machine. Now in this article, we’ll another exploit which steals the Windows Product Key remotely. Read Here: How to Hack Windows Machine with Metasploit Framework For this methods, run the “NETAPI Exploit” (specially for Windows […]